On a chilly Saturday evening at Plough Lane, these two titans of the domestic English game lined up in a major Final for the first time in their history. For the next 90 minutes, the 8,000-strong crowd were treated to a pulsating display that saw the momentum shift drastically between the two sides.

Chelsea were dealt a blow before kick-off with Jessie Fleming testing positive for Covid and Fran Kirby out with illness. They were also still missing long-term absentees, Melanie Leupolz and Erin Cuthbert. City, on the other hand, were without captain, Steph Houghton, while Vicky Losada had picked up a knock that she hadn’t shaken off. Hayley Raso was handed a start as part of the front three, spearheaded by Ellen White, with Georgia Stanway playing in a more naturally attacking role.

Backed by a vociferous crowd, the first half belonged to the London side. They raced out of the blocks with the running of Pernille Harder and Sam Kerr a constant thorn is Alanna Kennedy’s side. While Ji So Yun pulled the strings in the middle of the park, Guro Reiten’s deliveries down the left caused some initial problems. With the defence on the racks, they were lucky not to concede a penalty for a clear handball. 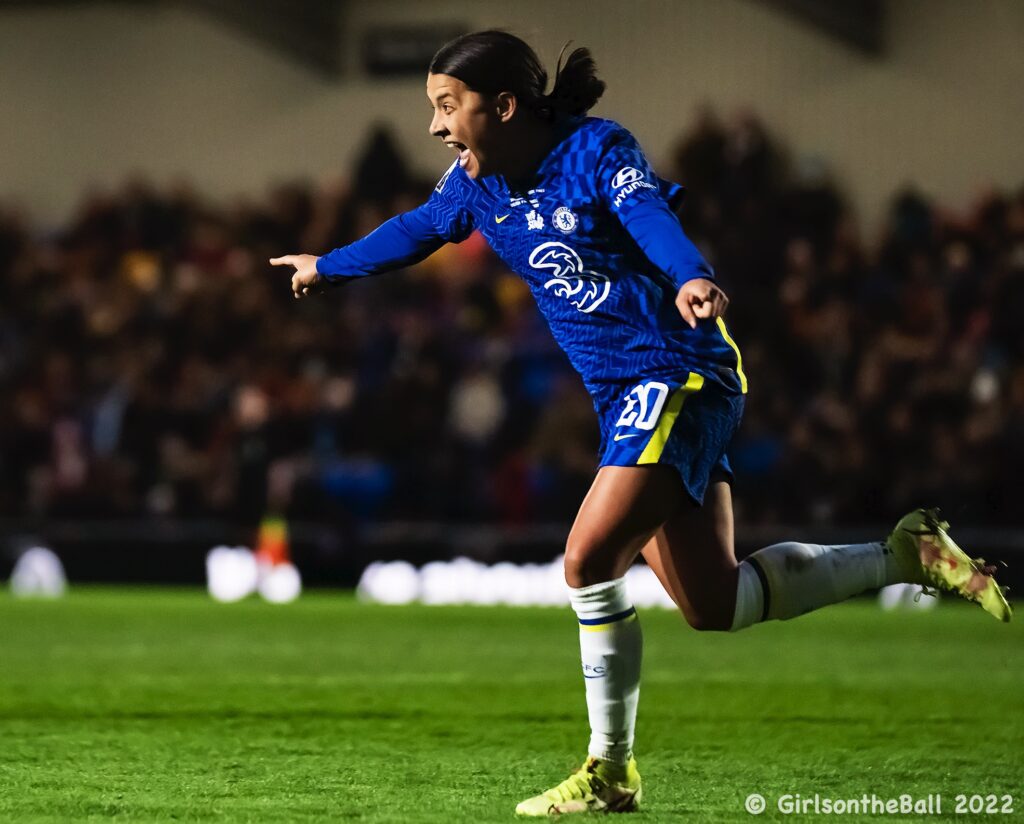 City did enjoy a good ten-minute spell as Raso, and Lauren Hemp switched flanks and began to find some space. Lisa Benn, the match official, was not having her finest night in the middle and missed another handball, even more blatant than the first. As Hemp struck Stanway’s cross against the post, Demi Stokes arrived with a fierce rebound effort that clearly struck the outstretched arm of Sophie Ingle. Another in a series of befuddling refereeing decisions this season.

Chelsea made their pressure count with 34 minutes on the clock. When City’s defence struggled with the bounce of a looping Reiten cross, Kerr swooped in the way she does best. Hammering home the shot, she wheeled away to the dugouts in celebration to envelope Cuthbert in a joyful hug.

Four minutes after the restart, the momentum shifted. Chelsea temporarily went down to ten when Niamh Charles clattered into the hoardings behind the goal. City saw their opportunity and pounced. Stanway, a livewire all evening, broke down the right before squaring a low ball into the box. Caroline Weir arrived right on time to power a strike past Ann-Katrin Berger.

Hayes spoke about the swing in dominance, telling the media that “momentum is so difficult to coach against. It’s the hardest thing. Once it shifts…sometimes it’s really difficult to get in the way of it.” This proved to be the case as City, and Hemp in particular, began to run the Blues ragged. Their second goal came as the result of one of her mazy runs that saw Jess Carter turned inside out. Her ball into the box was parried by Berger into the path of Ellen White who alertly produced a deft finish. 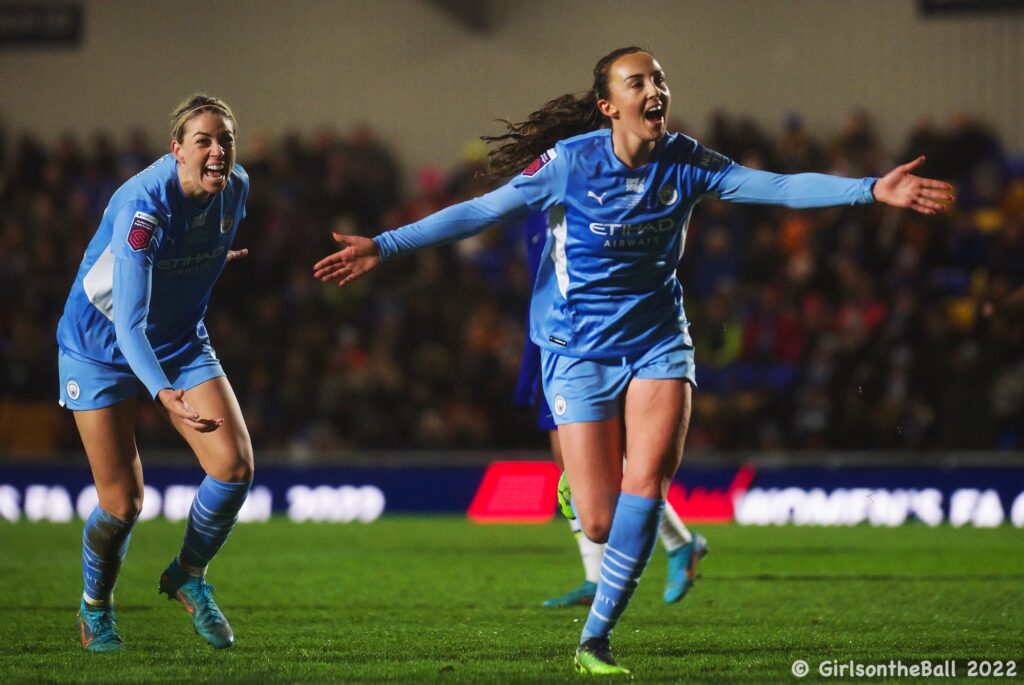 The final nail in Chelsea’s coffin came in the 69th minute, with Weir making headlines once again. The Scottish midfielder has developed into a real force and has answered her manager’s call to become more deadly in the box. A Stanway corner was pinged around the box before Weir floated a left-footed volley into the roof of the net. A sublime finish from one of the league’s in-form players.

“Getting in there where it matters – I think that was probably one of the first conversations I had with her that I know you can score from 30 yards but what are you like in the box? And she said, “I probably don’t get in there enough”. It was just getting her to trust the way we play rather than wandering to get the ball.”

Chelsea attempted to rally but the task was too great. After a difficult season, Manchester City put the doubts to bed. The sight of Steph Houghton and Ellen White lifting another piece of silverware will fill both the teams and fans with confidence about what is to come. As Taylor said post-match, “I just I think what this gives us is it goes beyond winning this trophy. I think it will give us real confidence going into the remainder of the season. Our objectives are really clear after having a difficult start. The belief levels will be huge after this because it just gives the players so much confidence.”