Since March 2020, Covid has disrupted everyone’s lives as the world came to a halt. Football followed with the resumption of play inevitably staggered across all pathways.

With the impact of the pandemic hitting disabled people and their ability to take part in sport, the FA have launched “Football Your Way” to enable a return to activity for people with a disability. It is a plan designed around seven pillars – FA Culture; Participation; Talent Pathway; National Teams; Coaching Development; Marketing and Communications; and Partnerships.

England Women’s Deaf Team are one of the six senior and U21 sides supported by the new strategy. It has been three years since they played in an international tournament, but the squad are setting their sights on the World Deaf Championships in South Korea next year. 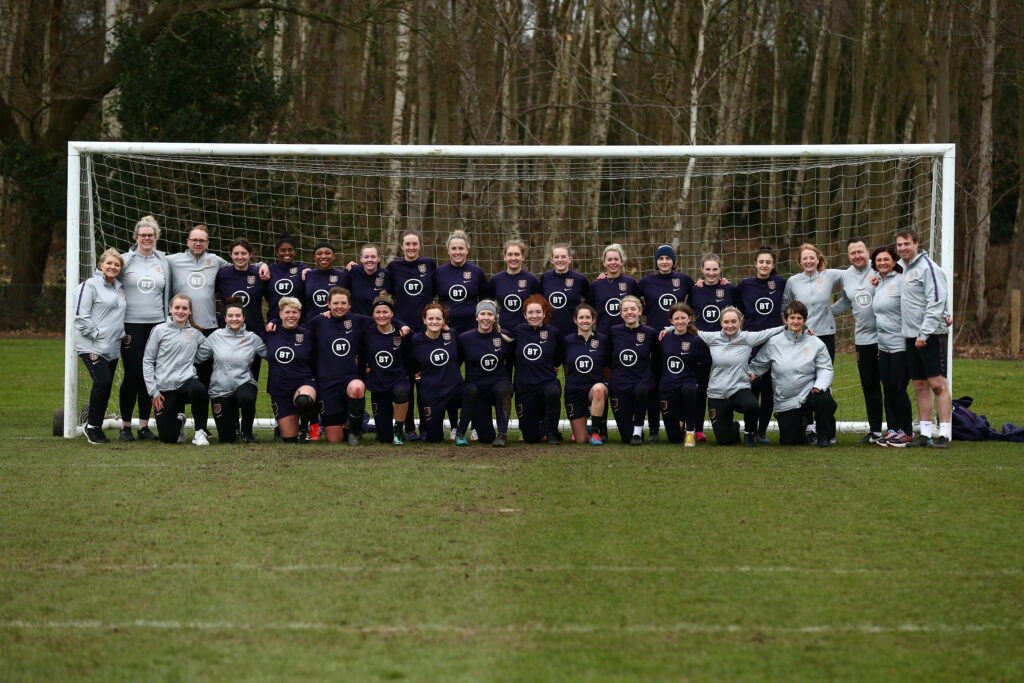 Zara Musker is one of those hoping to make the squad next summer. An experienced member of the team, she plays both football and futsal. Her journey is a unique one as she found her way with the national team and has had its fair share of ups and downs. It is one that has developed her into a great champion for para football while also retraining as an audiologist, so she can help others in a similar position.

In her own words, Zara comes from a hearing family and “never met a deaf person until [she] was 13” when she walked into her first England camp. Lasting 18 months with full hearing in her left ear and 23 years with half hearing in her right, she was “never known as the deaf girl”. Zara speaks instead of signing, and a hearing impairment was not something that was going to stop her from excelling at anything she put her mind to. As she writes in her blog: “My hearing has always been impaired, but I never saw it as preventing me from whatever I wanted to achieve.”

Zara got involved with football from a young age and it is the sport that she credits as making her into the player she is today. A fan of the club, she joined Blackburn’s Centre of Excellence before moving to a football academy college and subsequently playing for Everton in the FAWSL. 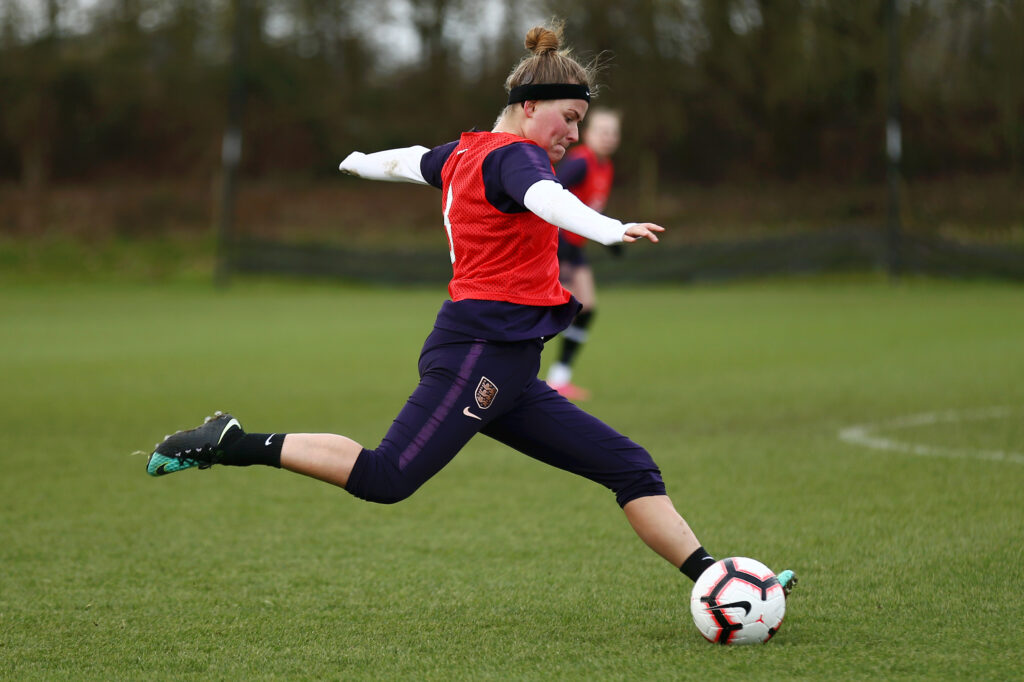 Her introduction to the national side came aged just 13 after much encouragement. Initially reluctant, she had previously resisted offers to take part – “That was just society, I think, and just being a 13-year-old kid at school. I resisted all help at school. And then one month, they were like “Just go once. Try it once because you just never know how many doors it can open up for you.” Considering herself a hearing person, Zara never felt “deaf enough” for the deaf community. As the youngest member of the team and unable to play in a tournament until the age of 16, she had a “rough couple of years” after joining a squad that was signing: “I resisted it mentally and when you resist things mentally it just becomes difficult for you”.

Everything improved when England’s Deaf Women’s Futsal team headed to Bulgaria for the European Championships in November 2014 as Zara finally felt she earned the respect of her teammates: “I was 17 and it changed my life – the tournament, putting the shirt on, the amount of support I got.” They were the only deaf England team to receive FA funding at the time and the backing helped cement them as a team that included the likes of Rebecca Kemp and Danielle Evans. They surpassed expectations to return home with a bronze medal, a moment Zara will not forget in a hurry: “I was elated. I look back at the pictures as well and there’s just a happiness in it. We just came so far”.

Much has changed over the last eight years. Zara went to the University of Tennessee on a full scholarship, but a fractured ankle saw her make the difficult decision to cut short her time there and return home. In April 2019, funding was pulled for the Futsal team before the pandemic hit that paused the sport for much of the last two years. 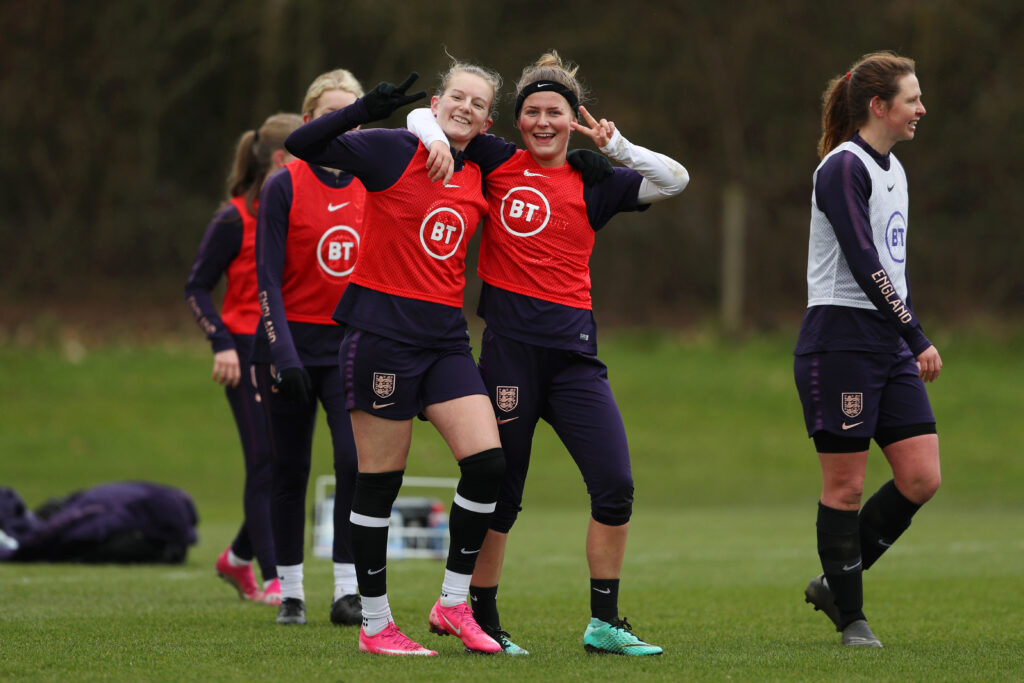 Now, however, with renewed FA support behind them, England Women’s Deaf Football Team future looks bright, a fresh start for both the players and their national organisation who are funding an 11-a-side team for the first time. The aims are ambitious – the FA want every Para team to be challenging for a podium by 2024 – but with emerging players, skilled coaches, access to interpreters, and a fresh approach, hopes are high. In addition, training camps at the best facility in the country will only add to their development: “St. George’s Park is absolutely fantastic. Every time you go there’s always another squad in there…Just being around, you get that sense that we’re just as important and just as considered to be elite as they are”.

Zara, for one, cannot hide her excitement of what lies ahead. Her sense of pride in wearing the shirt is palpable, as is her desire to pave a better way for those to come: “It just takes you to a different place. Once you put that shirt on, you’re not just doing it for yourself. It’s a mindset shift…It’s about raising awareness and I think that’s the bigger picture for me now.”