Chelsea and Arsenal went toe-to-toe, trading blows in a high intensity fixture that in the end saw things remain pretty much as they were. If this game were an example of how the final part of the season will play out, then it will go right down to the wire.

Arsenal came to the home of the Champions – a packed out Kingsmeadow of over 3,000 fans – knowing they could not lose with Chelsea hot on their trail. They led at the top by two points, with the Blues having a game in hand. Defeat would have been a disaster.

With the Gunners struggling of late, Eidevall had insisted pre-match on focusing on how their own play. He mixed things up making four changes from the draw with Manchester United. There have been many calls for Stina Blackstenius and Vivanne Miedema to start together, and the Arsenal coach took the call to drop Miedema into the number 10 position behind his new striker. They were flanked by a combination of Beth Mead and Caitlin Foord, while both Leah Williamson and Rafaelle Souza made returns in central defence. Steph Catley took the position of the suspended Katie McCabe.

Hayes, however, opted for stability, making just one change to the side that had defeated Manchester City last weekend. Fran Kirby replaced Jessie Fleming, while the back four were maintained with the in-form Jess Carter at right back. Sophie Ingle and Erin Cuthbert were preferred in midfield to Ji So Yun, only recently returned from her endeavours with South Korea in the Asian Cup.

It was the hosts who appeared to start with purpose, stretching the Arsenal back-line from the first whistle. Kirby fluffed an early opportunity after a swashbuckling run from Pernille Harder. However, the visitors soon took control as their system began to flourish. A compact shape and creating spaces in behind their midfield were key, with Lia Wälti and Kim Little adding cover to a tireless Miedema. With Blackstenius holding the ball up well, the Dutch star began to flex her muscles in that deeper role. 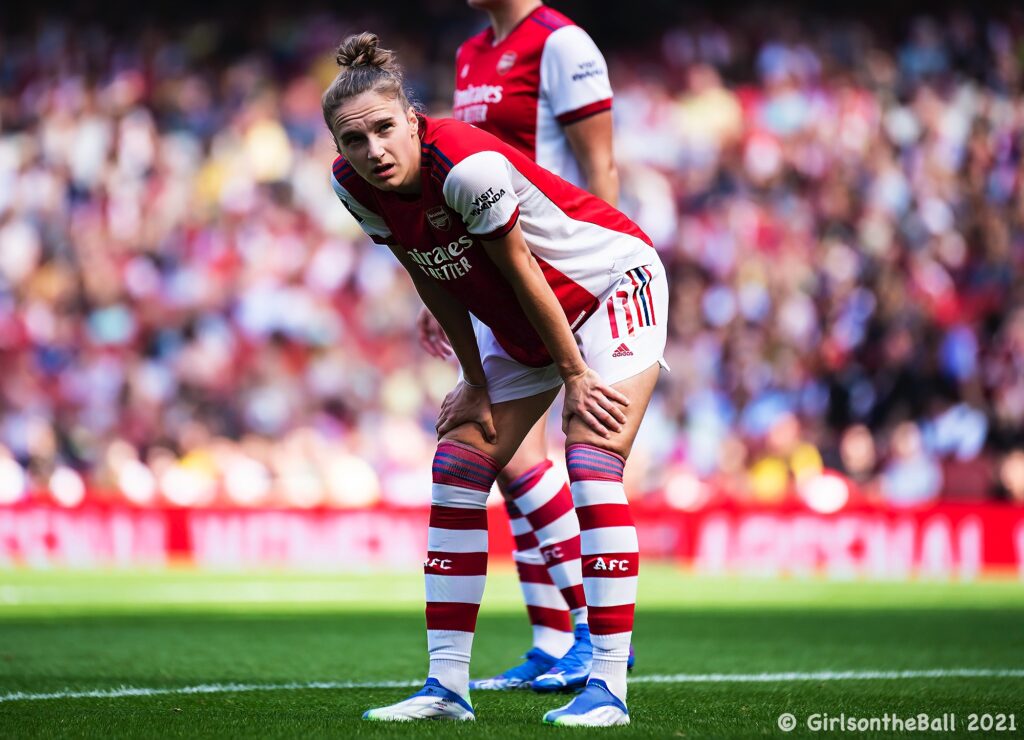 Chelsea were dealt an early scare when Foord went down belatedly in the box under a trip from Carter – you had to feel that if she had gone down at the first contact, the referee would have oblige. Arsenal continued their pressure and almost took the lead in spectacular fashion when a Miedema half-volley hit the post. The Dutch forward then turned provider, delivering a perfect ball for Mead who was unable to adjust her head over the ball. They continued to create opportunities but just couldn’t prove clinical enough in front of goal. Blackstenius looped a free header over the bar, a glorious opportunity off a Catley cross.

Arsenal were on top, but one felt they had to be taking their opportunities. The inevitable Chelsea wave came with ten minutes of the first half left to play as Kirby and Sam Kerr found their rhythm. Kirby was starting to work her magic, spraying deft flicks and passes around the park. She set up Cuthbert whose fierce shot from distance was blocked; before finding Kerr in injury time, Rafaelle getting the vital block in from close range.

The hosts began the second half as they had ended the first. Cuthbert again had an opportunity in the box, but her effort was deflected wide. Minutes later, Jonna Andersson had a pop from 25 yards that also got a vital touch off an Arsenal body. Kirby herself directed an effort goalwards that was blocked once again by the imperious Rafaelle.

It was Arsenal’s turn for a spell of pressure with their pacy counterattack causing problems for Chelsea’s back line. Wälti, enjoying one of her best games in an Arsenal shirt, saw a first time hit fly over the bar. This was soon followed by another penalty shout as Foord’s fizzed effort appeared to bounce off Carter’s arm.

Both coaches brought on fresh legs to try and turn the game. Frida Maanum almost had an immediate impact for Arsenal but her driven shot was stopped well by Berger. Chelsea’s goal came under increased pressure but somehow, they couldn’t make it count. A Maanum free kick seemed to bounce around the goal line. However, with brilliant defending from Millie Bright and a bit of luck, Chelsea just about kept the ball from crossing the line. 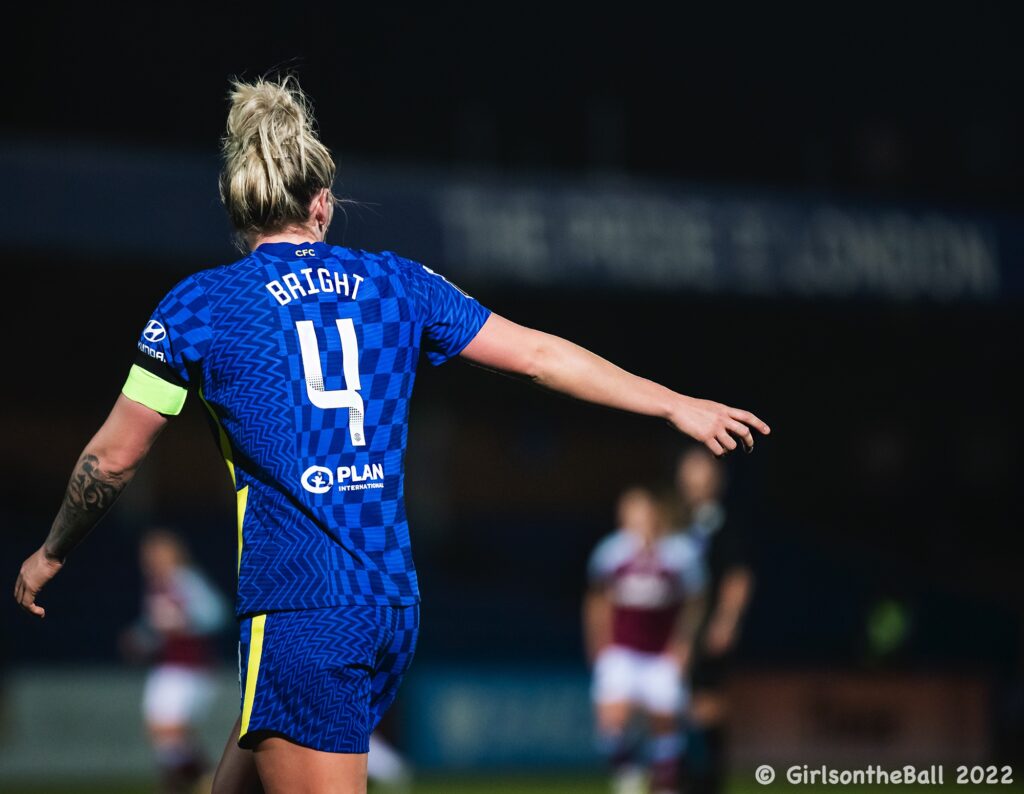 The engrossed audience held their breath, and there was an audible gasp around the stadium as the referee plucked eight minutes of injury time from somewhere. With the Gunners dead on their feet, Chelsea looked to take advantage. Jessie Fleming had the ball in the back of the net, but it was brought back for offside. The referee then missed a stonewall penalty when Leah Williamson handled Niamh Charles’ cross. The smile the Arsenal defender gave when she realised she had got away with it told the whole story.

With that the whistle blew and an engrossing encounter came to an end. Both coaches appeared content with the proceedings, with Hayes describing it as a fair result: “I think they had the first half; we had the second in terms of finding some sort of stride for us. I thought we struggled in the first, though we looked solid. I think Arsenal’s best moments in terms of their dominance was in the first half although the goal-mouth scrambles from set pieces could go in any direction. I thought we created some big chances.”

A two-week break now awaits these teams with international football pending. When they return, the title race will continue on to its conclusion. What that will look like, we are no closer to finding out. But if Friday’s action was anything to go by, it is one you will not be able to take your eyes off.