Match day 11 of the FAWNL got underway on Sunday 31st October as games were hampered a little by the bad weather.

Read all about the action in the Premier Divisions here:

West Brom got back to winning ways as they edged past Burnley in a seven-goal thriller.

The visitors opened the scoring through Ashlee Brown after 20 minutes. But Burnley quickly levelled when Evie Priestley was brought down in the box. Nic Worthington stepped up to dispatch the subsequent penalty.

The hosts then took the lead shortly after the break when Katie Thomas finished Lizzy Hamer’s pass. However, it was the visitors’ turn to respond, almost instantly, when Shannon Stamps scored after a scramble in the box. And the Baggies re-took the lead minutes later when Hannah George’s shot was deflected home.

The visitors extended their lead through Janelle Straker. Burnley rallied but left it too late to mount a comeback. Evie Priestly pulled one back in the 95th minute but there was not enough time to make it count.

There was an emphatic victory on Sunday for AFC Fylde as they moved up to second in the table.

The hosts got off to a flying start and were 5-1 up by half time. Faye McCoy opened the scoring after just two minutes on the clock before Amy Hughes doubled the lead. Brighouse pulled a goal back through Ellie White, but Hughes hit again to restore the deficit.

Laura Merrin added a fourth with half an hour played, before sealing her brace just before the break.

Brighouse pulled a goal back through Amy Woodruff early in the second half, but the mountain was too steep to climb.

Emily Joyce fired the visitors into the lead, sending home a free kick after a mistake from Becky Flaherty.

They doubled the lead shortly after the break when Jade Formaston deceived everyone to hit the back of the net.

Huddersfield pulled a goal back through Brittany Sanderson. But Derby restored the deficit in the 87th minute when Sherry McCue converted from the penalty spot.

Middlesbrough came from behind to earn a win over struggling Hull City.

The Tigresses took the lead with half an hour played when Liberty Bott struck.

Boro rallied in the second half and Armani Maxwell levelled shortly after the break. The winner was scored in the 70th minute when Faye Dale slotted home. 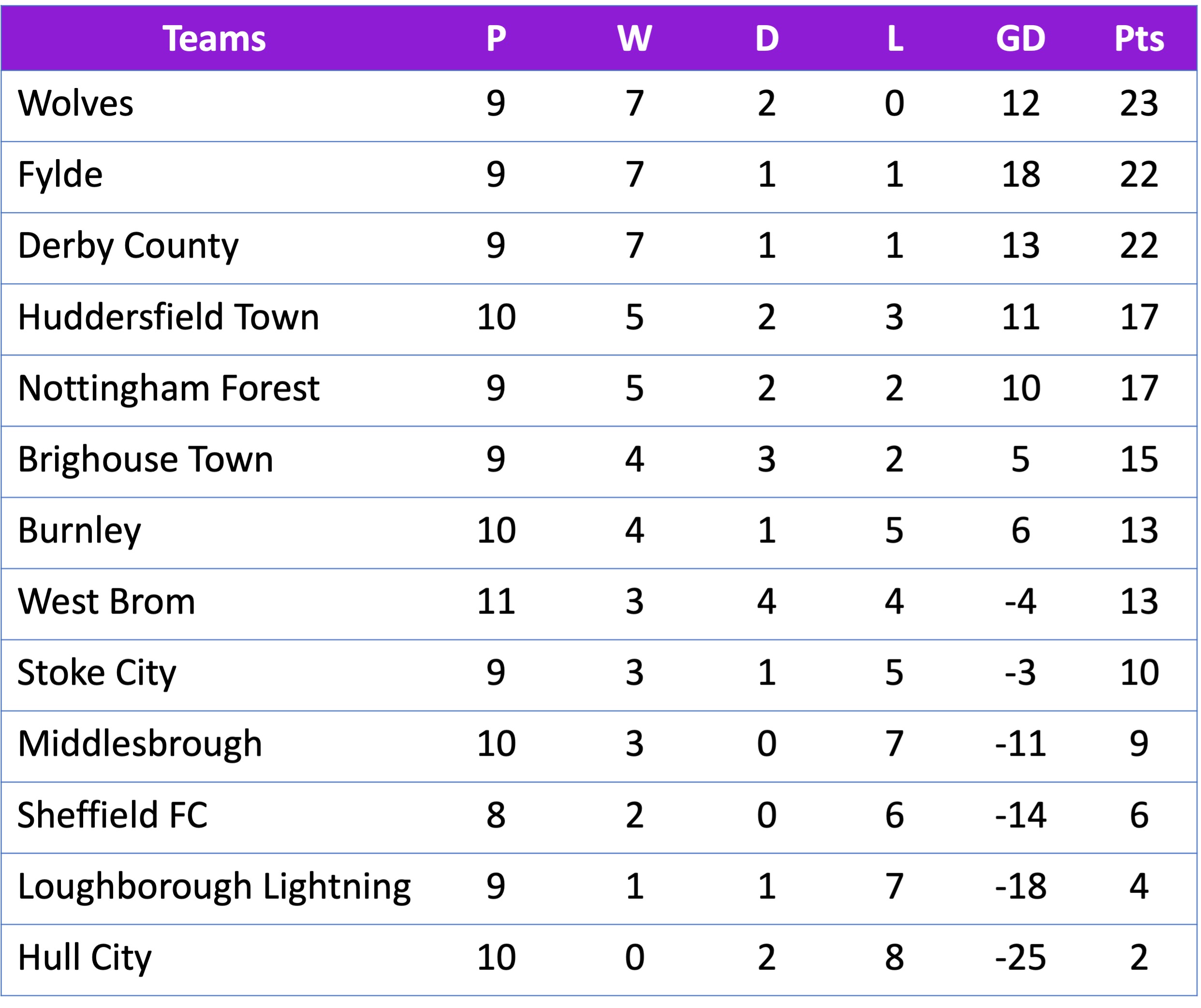 Oxford United moved up to fifth in the table with a comfortable victory away to Cardiff City.

After a tight first period, Daisy McLachlan fired the visitors ahead with 60 minutes on the clock. The in-form Beth Lumsden then doubled the score, beating the keeper one-on-one. McLachlan sealed her brace with a superb solo effort in the final minute.

Ipswich Town maintained their 100% record with a comfortable victory over Plymouth Argyle.

Paige Peake gave her side a first half lead, firing home from the penalty spot. Zoe Barrett then doubled the score early in the second half, slotting home from close range.

Natasha Thomas added a third in the 72nd minute before Maddie Biggs got one of her own. Lucy O’Brien put the icing on the cake deep into injury time. 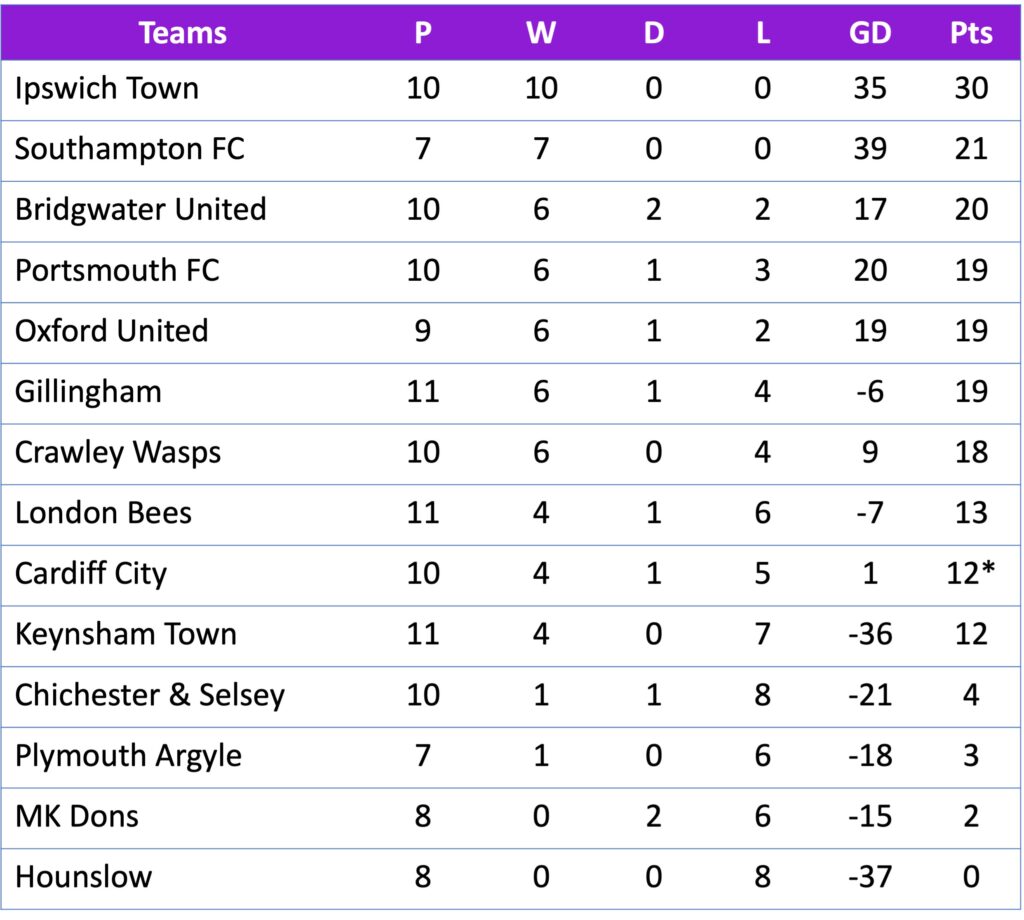