It is a fitting finale for Emma Hayes’ side who have swept across the domestic game like an unstoppable force. Yes, Manchester City pushed the Barclays FAWSL until the final day, but it was never really in doubt that the London club would pick up back-to-back titles. They are, to be perfectly frank, the best team in the country.

From the back to the front, Chelsea are a side brimming with talent, with an enviable strength in depth – from the flare of Pernille Harder and Fran Kirby to the understated Sophie Ingle and Melanie Leupolz. Magdalena Eriksson has become one of the most highly rated captains in the game, in a team hardly lacking in leadership. Her partnership in defence with Millie Bright is notable, both for their miserliness in conceding goals and the effect on the team when one of them is absent. 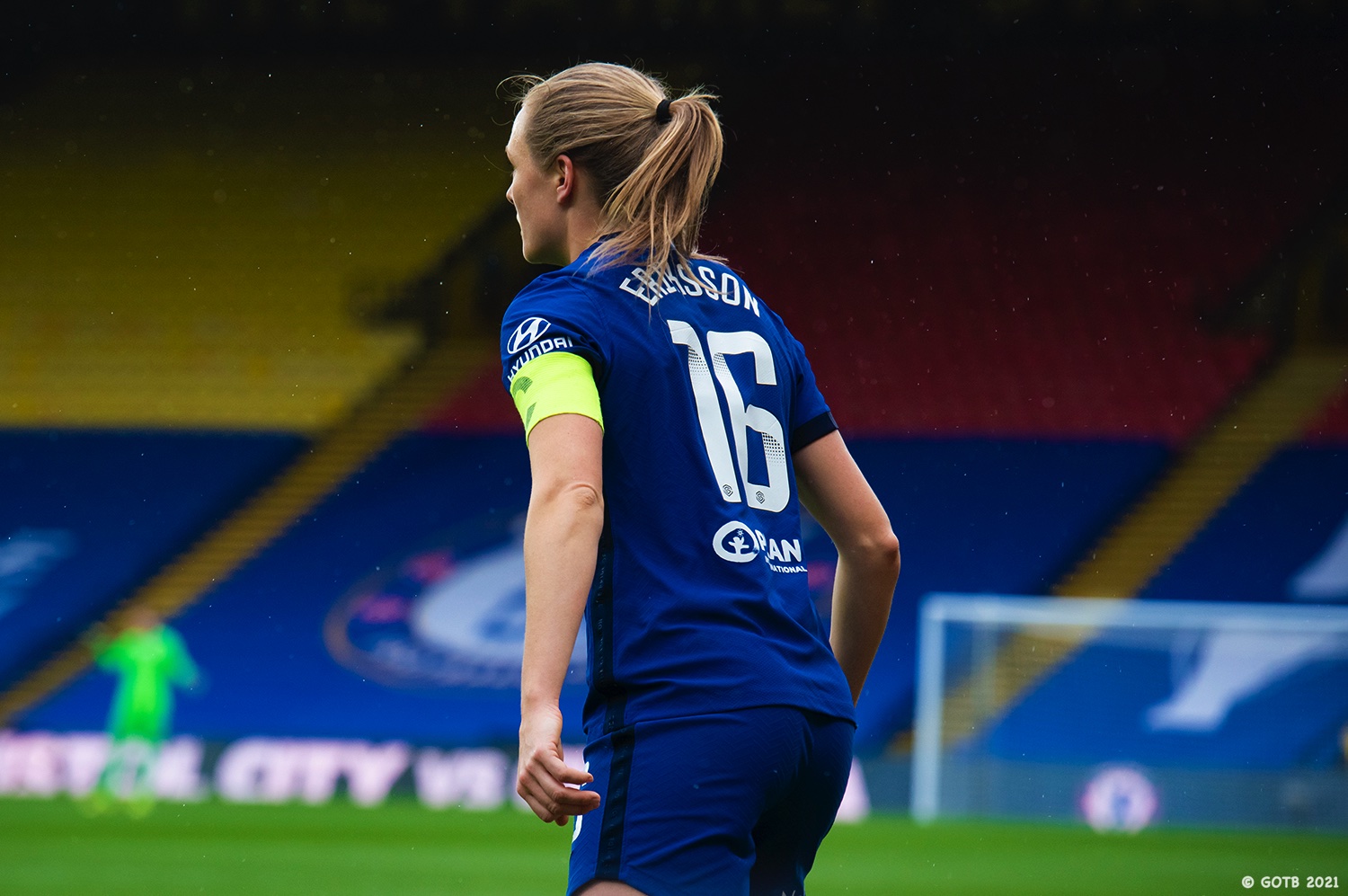 In the middle of the park, there is Ji So Yun, the magician that pins it all together. While up front, stealing the headlines, is that partnership of Sam Kerr and Fran Kirby. “Kerrby” as they are affectionately known are one of those lethal strike combinations that do not come around all that often, being involved in 55 of the goals that Chelsea have scored this season. It is a relationship of pure instinct; both seemingly tuned in to exactly where the other is at all times. As Kerr herself says: “Mine and Fran’s connection is just special. Everyone asks me if we train like it, but it just comes naturally…I think you saw on the goals last night like literally, I don’t even have to look. I just know that Fran’s going to be there because she’s so hungry to score and it looks telepathic.”

Steering the ship is Hayes, their charismatic and pragmatic coach with an infinite appetite for the game and for success – “Winning is always at the top. I know it probably shouldn’t be but being a winner is what drives me. I’ve always wanted to blow the sport up so I’m proud to say I think I’ve played my part in doing that.” She has spent the last nine years building and preparing for this moment, piecing the bits of the jigsaw together to ensure her side were in the best possible position to reach this point. It has not been easy – there have been highs and lows; victories and failures – but you can’t help but feel that now is their moment.

In Barcelona, they will face their toughest opponent yet. The Spanish champions have taken the Primera Division by storm. Their stats are just scary, charging to the title scoring 128 goals and conceding just 5. They will feel equally that their time is now, looking to put their bad memories of the 2019 Final to bed. 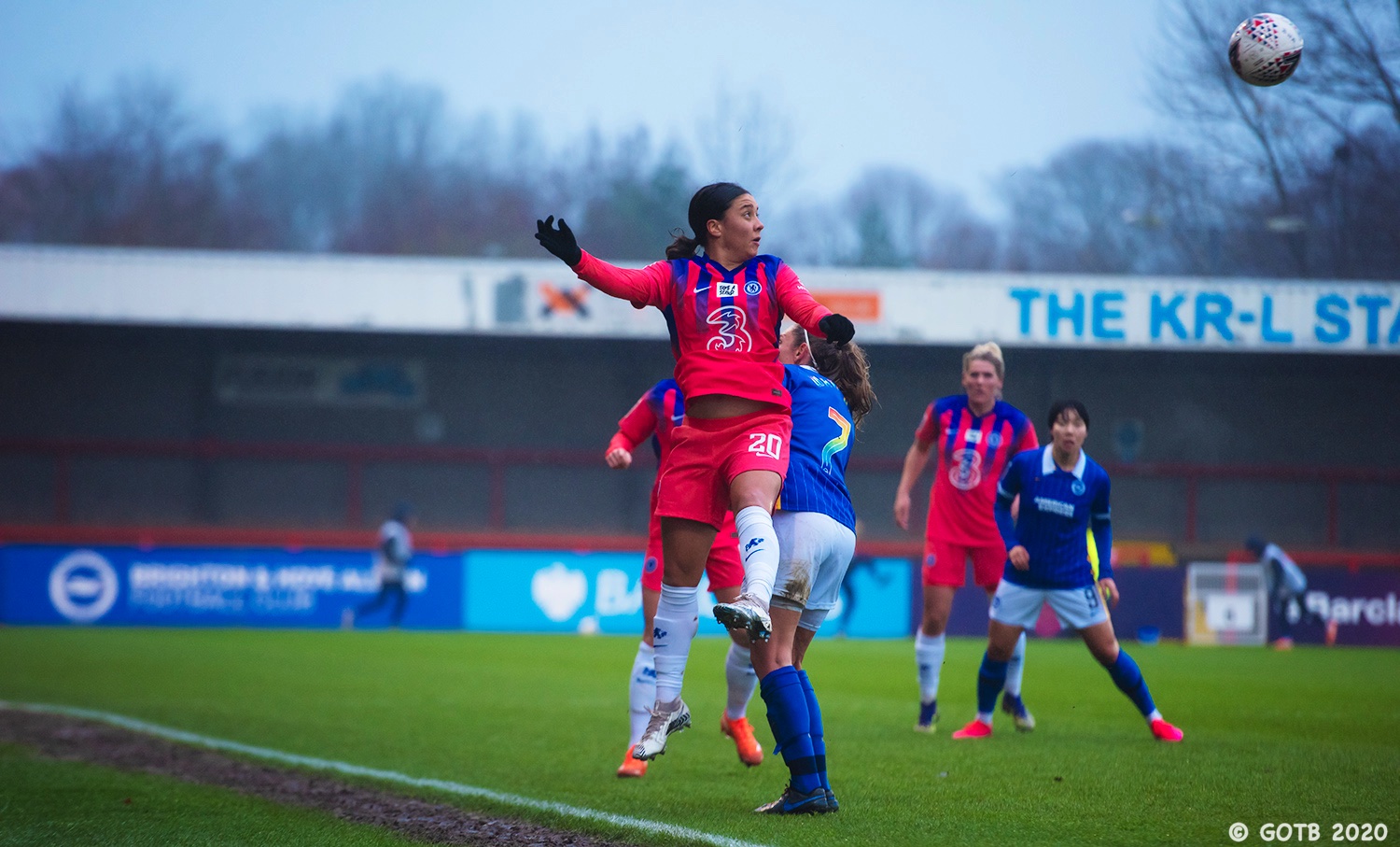 Hayes, however, feels that the pressure her side has faced in recent weeks to win every game, rather than sealing the title earlier, will stand them in good stead. At times not at their best, they have always found a way to adapt and to win: “If I was to reflect on this period, have we got better every week, even when we’re not at our best? Yeah. When we’re not at our best we’ve still got it…And that’s why it’s the best title. We’re not talking about crap teams here; we’re talking about top teams. It’s our time and there’s so many players in that dressing room that can win the football match for us.”

Victory tonight is by no means a given. The Blues will have to dig deep, put their bodies on the line and fight to the very last to have a chance to get their hands on the coveted trophy – the one that has eluded them thus far. But at the same time, it is hard to bet against them lifting their third piece of silverware of the campaign. It will be a game of tactics, something Hayes is known for, and with both sides playing a very different brand of football, there’s no doubt we are in for a treat. With the progress Chelsea has made, both on and off the pitch over the last nine years, victory would be nothing less than they deserve.