You need a bit of luck in football, something Hayes touched on after the first leg. They definitely had that in abundance last week, with the brilliance of Ann-Katrin Berger and the woodwork conspiring against the German side. However, yesterday was a display of dominance from the Barclays FAWSL champions, that showed English football is catching up. They controlled the game from the off, weathered the inevitable Wolfsburg storm and were clinical with their chances. An admitted tactical nerd, Hayes’ side followed a game plan to the letter, excelling in all areas of the pitch:

“I think it probably ranks as my most favourite win in charge because I posed the challenge to the group around the maturity, the learnings, the progression piece. So, that’s how you show your manager how we are growing up in Europe.”

From front to back the Blues were focused and much improved from last week. Pernille Harder, Fran Kirby and Sam Kerr looked sharper if that’s even possible. But more importantly the defensive line was much more resolute, an aspect that Hayes was keen to discuss post-match:

“I would for sure like to talk about my back four because they were peppered like nothing else. It was probably the poorest performance defensively for us last week. I knew that; they knew that. And that’s what happens when you have responsible players. They own that, they study the details, they train harder, they prepare in the right way.” 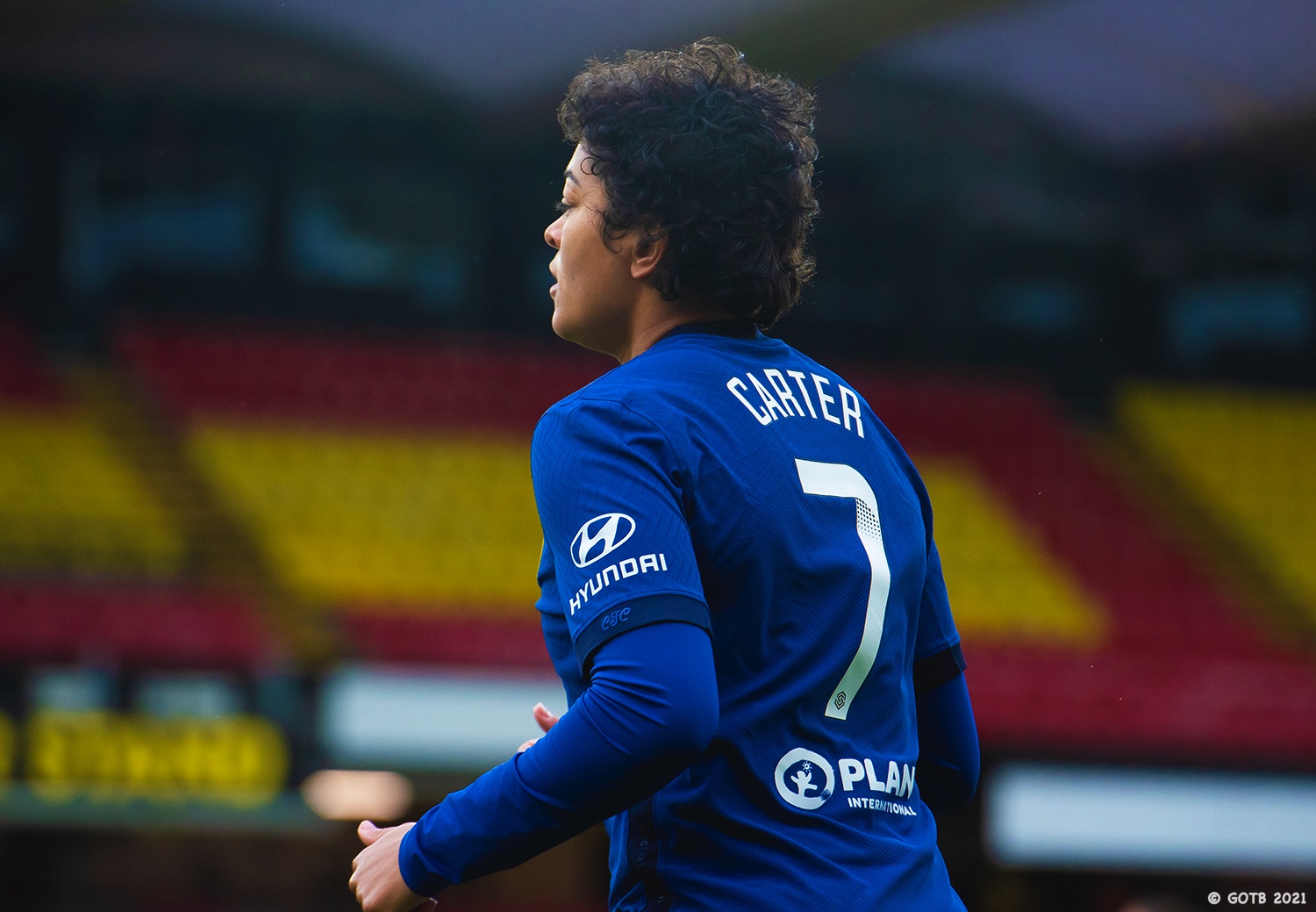 As with all sport, all we see as journalists and fans is the end product – the game on the pitch; the match; the performance. We don’t see all of the hard work that goes on in the background. The hard graft; the training; the injuries; the classroom. English women’s football has always played second fiddle to the likes of Germany and France in the Champions League, with clubs like Lyon and Wolfsburg being the shining examples for over a decade. However, in the last five years, the support on this side of the Channel has stepped up with clubs working hard to catch up, turning professional and providing commitment to their women’s side:

“I think it just shows you with the right investment, the right support, the right amount of time a manager’s been afforded. I’m lucky I’ve been given a lot of years to do my job. We’re in the position because of 1000s and 1000s of hours…waking up in the middle of the night, scribbling on my notepad about this feeling that I wanted, or learning from the past and how you need certain details in Europe. I’ve drilled it into my culture, with our staff and with our players.”

Chelsea’s progression in Europe is one thing but it is important to note what they have achieved. They head through to the semi-finals beating Wolfsburg 5-1 on aggregate – nothing short of emphatic. Having followed the game for so long, to see it progress in what is really quite a short space of time, is something else. We remember when Chelsea almost went under and how with the investment, the continued support of the board, a leading manager, and a group of world class individuals, they are now quite rightly considered a leading force in Europe.

Whether they can go all the way in this year’s competition is another question. There are still more hurdles to overcome. But sometimes in football, you just get the feeling that is a team’s time. This year, it is hard to shake the feeling that 2021 might just be Chelsea’s.