The SSE Women’s FA Cup is upon us once again as the 32 remaining teams match up in a battle to make it through to the Fifth Round of the competition.

Plymouth Argyle are the lowest ranked side left in the competition but have turned a few heads with their performances so far. Yet to lose this season, they have toppled two higher-ranked clubs on their path to the Fourth Round. Tomorrow they meet another Premier Division side, Leicester City WFC, another challenge to relish.

We caught up with Plymouth goalkeeper, Michaela Phillips, this week to find out how things are going ahead of the tie and the increasing profile of women’s football around the local area.

GOTB:There’s a big FA Cup game on Sunday against Leicester. How have preparations been going ahead of the game?

MP: Preparations have been going well. We’ve been training throughout the week. In our last game, we played Larkhall Athletic and won 3-0 in the league. It was nice both on a personal level as a goalkeeper to keep a clean sheet but also to score three goals. Unfortunately, our game on Sunday got called off because of the weather but we had a training session in order to keep up our fitness and keep us game ready and we’re just excited for Sunday. 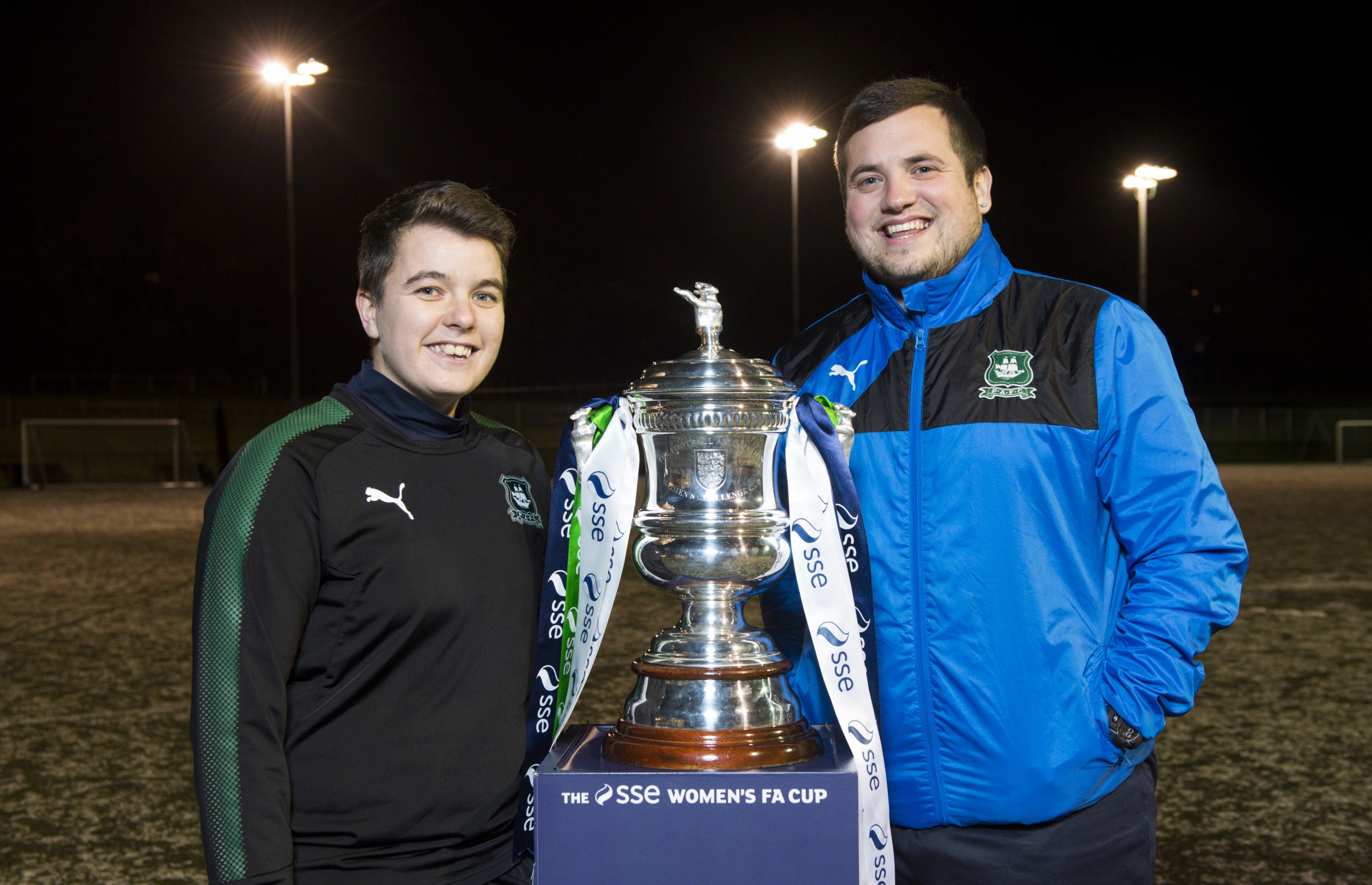 GOTB: You’ve had quite a few tests in this cup run so far, overcoming Gillingham and Fylde who are in the Premier Division. Leicester are obviously in the division above as well; how much confidence does it bring you with those results ahead of this game?

MP: I think all our results so far this season have brought us a lot of confidence. We’re unbeaten in the league, the County Cup, League Cup and the FA Cup, which has brought us a lot of confidence but has also brought us together. As a squad, our bond throughout the whole club at the moment is on point. Every game, we’re just going in and we’re looking forward to it; each win that we get under our belts just brings us that much closer as a unit.

GOTB: The club obviously went down a division a couple of years ago and are looking to bounce back. What are the key ambitions at the moment for Plymouth Argyle?

MP: As you said we got relegated a couple of the seasons ago. Our target for the start of the season was to get promoted. We’re on course to do that – we’ve played 8 and won 8 in the league – and playing these teams in cup games, who are in the league above us, is actually showing potentially how well we could do in that division. So far this campaign, we’ve played four teams in the league above and we have won all four. It’s given us even more ambition and eagerness to achieve this goal so we can play teams like Leicester, Cardiff and Chichester week in, week out.

GOTB: What does it mean for you as a player to play in the FA Cup?

MP: Since an early age the FA Cup has always been that historical cup that you watch as a kid and get brought up to want to play in. And to get so far in it this year, I think there is great pride in how far myself and the club has come. 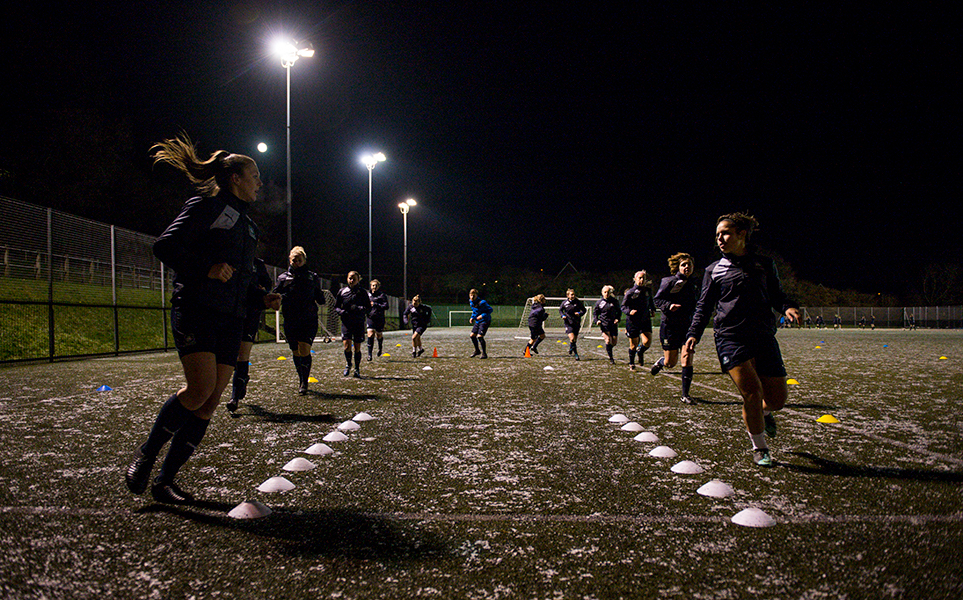 GOTB: As with this round, if you go through you have the opportunity to meet a WSL side. How big of an occasion would it be to be able to make that kind of fixture?

MP: I think if we get through on Sunday, making the next round of this competition would just be a dream come true for everybody involved in the club, no matter who we face. To pull out one of the bigger teams would just be even bigger for everyone. A local girl, Jemma Rose, plays for Arsenal so it would be nice to potentially get the opportunity to play against her and see how well she’s doing this year.

GOTB: From the outside, your season has been going pretty well so far and you are still unbeaten in the league. What would you say has been key to this success?

MP: I think, as I’ve already mentioned, that it’s our togetherness within the squad. We’ve had to travel a lot this season so far – I think we’ve only played like three or four home games – so we’re spending a lot of hours with each other on that mini-bus. This means our team bond and ethos is there so that when we are on the pitch, we are ready to fight for our friends and our team mates even more. We’re having fun and enjoying ourselves which is enabling us to play good football.

GOTB: What is the best part about playing for Plymouth?

MP: I’ve been a season ticket holder at Plymouth Argyle men’s team for years, since a very young age with my dad, so to play for my home city and my home club is special. And I think just playing with the girls that we have is what makes it fun.

GOTB: You also work as a development officer in providing opportunities for girls to get involved around Plymouth. Can you give us a bit more detail about that role?

MP: Yes. I work for Plymouth Argyle Community Trust as a Womens and Girls Officer. We get funded by different initiatives that are in place in order to create more opportunities for girls.

We have satellite clubs within school periods, at colleges, and at universities; we work within the Wildcats programme as well and we have our development centre which goes to under-10s all the way to under-16s which has been very successful. This season, we’ve even had an under 16 girl who turned 16 and made her debut for the ladies time.

It’s all about creating that pathway for girls in and around the Plymouth area. We’ve got teams from 5 years old with our Wildcats right the way up to our ladies team, making that clear path to enable more girls and women to play football.

I also have to give credit to my team mates who come to sessions and help. They are role models for the girls to show them that they can play football and that it is ok to do that and that we’ll support and help you on that journey. 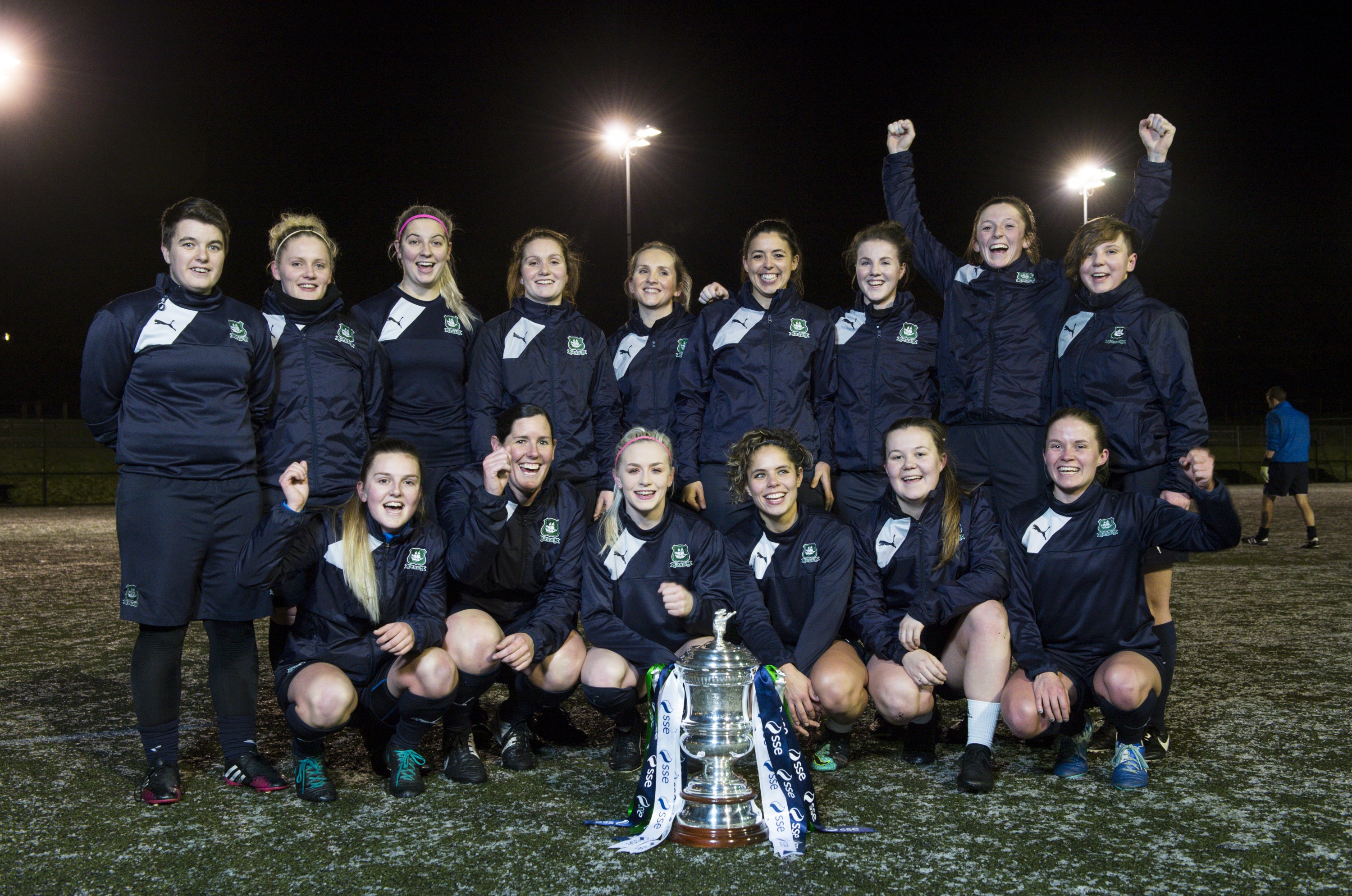 GOTB: Have you seen a growing interest in participation more recently?

MP: Yeah since I started in September and especially in the last few weeks with the ladies’ FA Cup run, there’s been strong interest in our sessions and our numbers are growing. Hopefully from April, we’ll have more centres involved for our Wildcats programme. Everything that the Ladies’ club can do is only going to raise the profile in the local area.

GOTB: And finally, what advice would you give to girls looking to get involved in football?

MP: Just don’t be scared with it. Go out, enjoy it and just stick with it. You get knock backs but it’s what you do with those knock backs that turns you into the player that you can be for the future.

You can see the whole list of SSE Women’s Cup Fourth Round fixtures here.

The draw for the Fifth Round will take place at 09.00 on Monday 5th February. You can watch it LIVE on the FAWSL Instagram Page.

The SSE Women’s FA Cup Final will take place at Wembley Stadium connected by EE on Saturday 5 May, 2018. Kids go free and tickets available on www.thefa.com/tickets.