The first international week of the year took place over the last fortnight. The Home Nations and the Republic of Ireland had teams from across the age groups competing in friendlies around Europe and beyond.

With the England seniors on training camp in Qatar, we took ourselves off down to Portugal to see the England U19s play in a mini tournament. The Algarve is a perfect escape at this time of year and warm weather football was definitely welcomed after the dropping temperatures back home.

The Young Lionesses played two games across the week at the Stadium Vila Real de Santo Antonio. These friendlies would provide Rehanne Skinner’s group with some vital preparation ahead of their Elite Round qualifying in the spring.

The first encounter of the week saw England match up against Norway.

The Norwegians’ physicality showed from the off and they began to dominate the possession. Morgan had to be alert to turn a cross over the bar before Hampton made a smart stop to deny the dangerous Sara Kanutte Fornes.

It was, however, the Young Lionesses who took the lead with a lovely worked goal. Fitzgerald’s deft touch in the centre found Jessica Park. She spotted the run of Griffin and threaded through a perfect pass. The England number 9 took a touch and drilled her shot across goal, past the keeper and it nestled into the bottom corner. 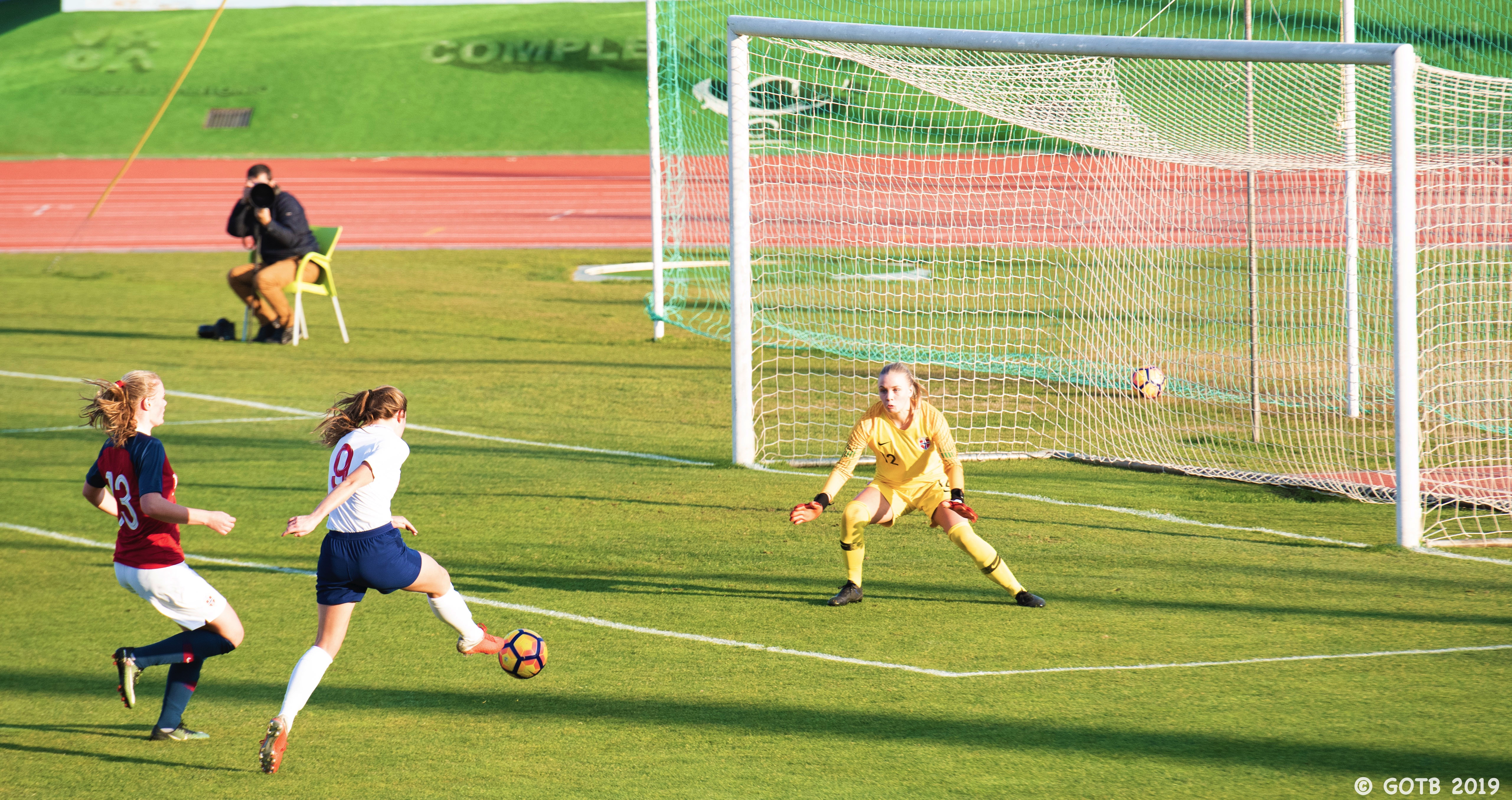 Norway were level within a couple of minutes, however, when Sara Lindbak Hørte jumped highest at the near post to turn home a corner. From that point, they upped the pressure for the rest of the half. They were stopping England from playing the ball out from the back with their high tempo press and it was this that enabled them to take the lead in the 43rd minute. Pouncing on a loose pass out, Fornes broke into the box and rifled her shot into the roof of the net.

The start of the second half saw Hampton swapped for Emily Ramsey in goal. The direction of the game began much the same though with Norway dominating possession. Substitute Elisabeth Terland came very close early on before Jenny Kristine Røsholm Olsen extended their lead from six yards out.

Skinner began to ring the changes bringing on the likes of Ella Rutherford, Jessica Naz and Lauren James. The substitutes brought more impetus to the side and within minutes they had pulled a goal back. Naz broke through the Norwegian defence and found Rutherford. The Bristol player dinked her way into the box and found a shot, scoring with practically her first touch of the ball. 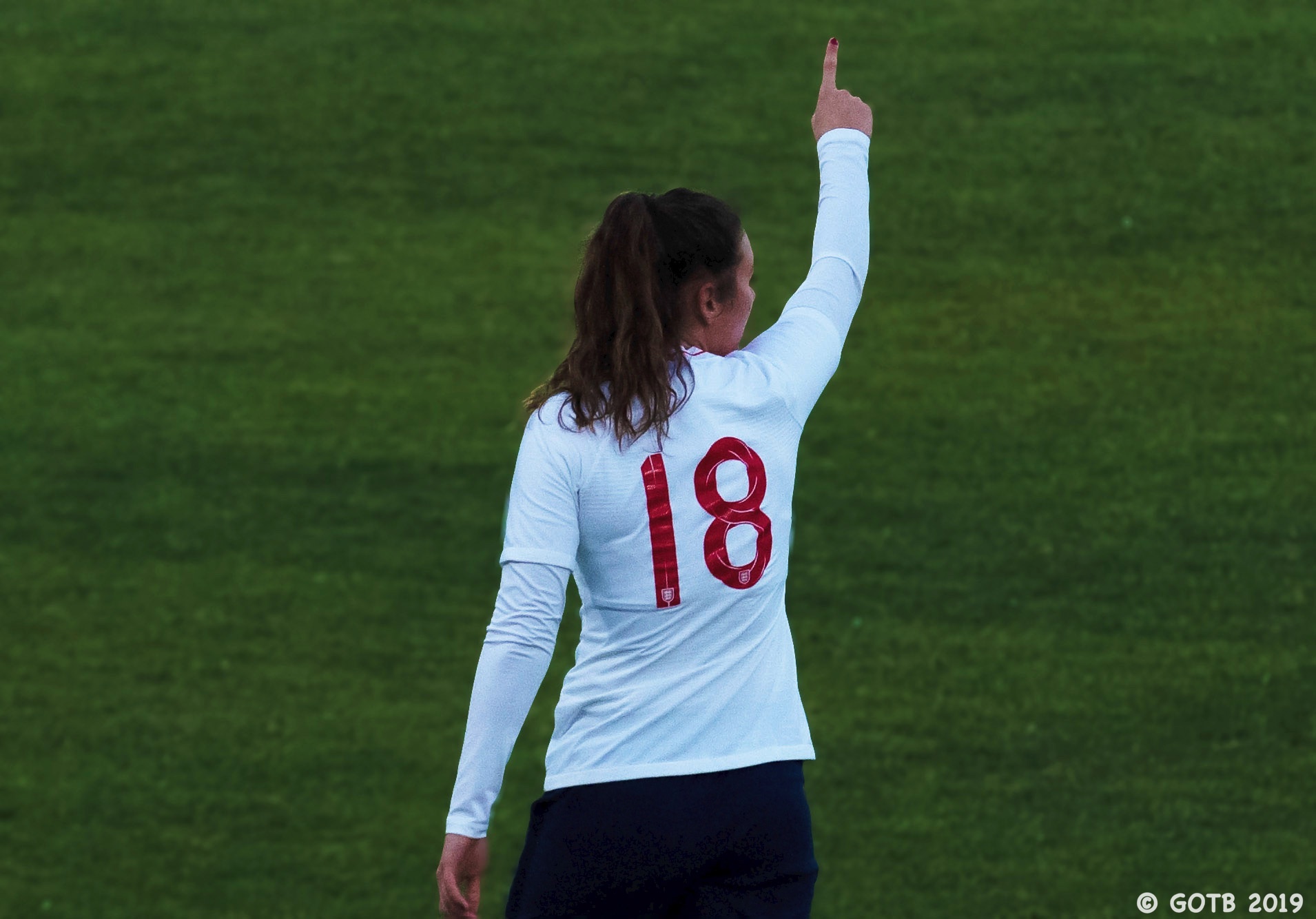 They could have levelled minutes later when James found Sophia Pharoah in the area. Her initial effort was saved well before the follow-up was cleared off the line. There was also danger down the other end, and Ramsey was called into making a brilliant save to deny Olaug Tvedten.

The remainder of the half was end-to-end football with both sides creating chances. Neither side could find the back of the net, however, and Norway held on to win 3-2.

Skinner made several changes to the starting XI for the game against the Netherlands four days later. Ramsey started in goal while Olivia Smith came in for Shannon Cooke at right-back. Meanwhile, James, Sophie Domingo, Rutherford and Naz all started, providing plenty of attacking threat.

The game started very much with England on the front foot and they didn’t let off for the majority of the half. The Dutch were struggling to keep tabs on James and Rutherford in particular with both threatening on more than one occasion. The latter almost scored in spectacular fashion but her overhead effort just dipped over the bar while James had the ball in the back of the net but it was ruled out for offside. Naz was also denied by a brilliant close range stop and they went in at the break level. 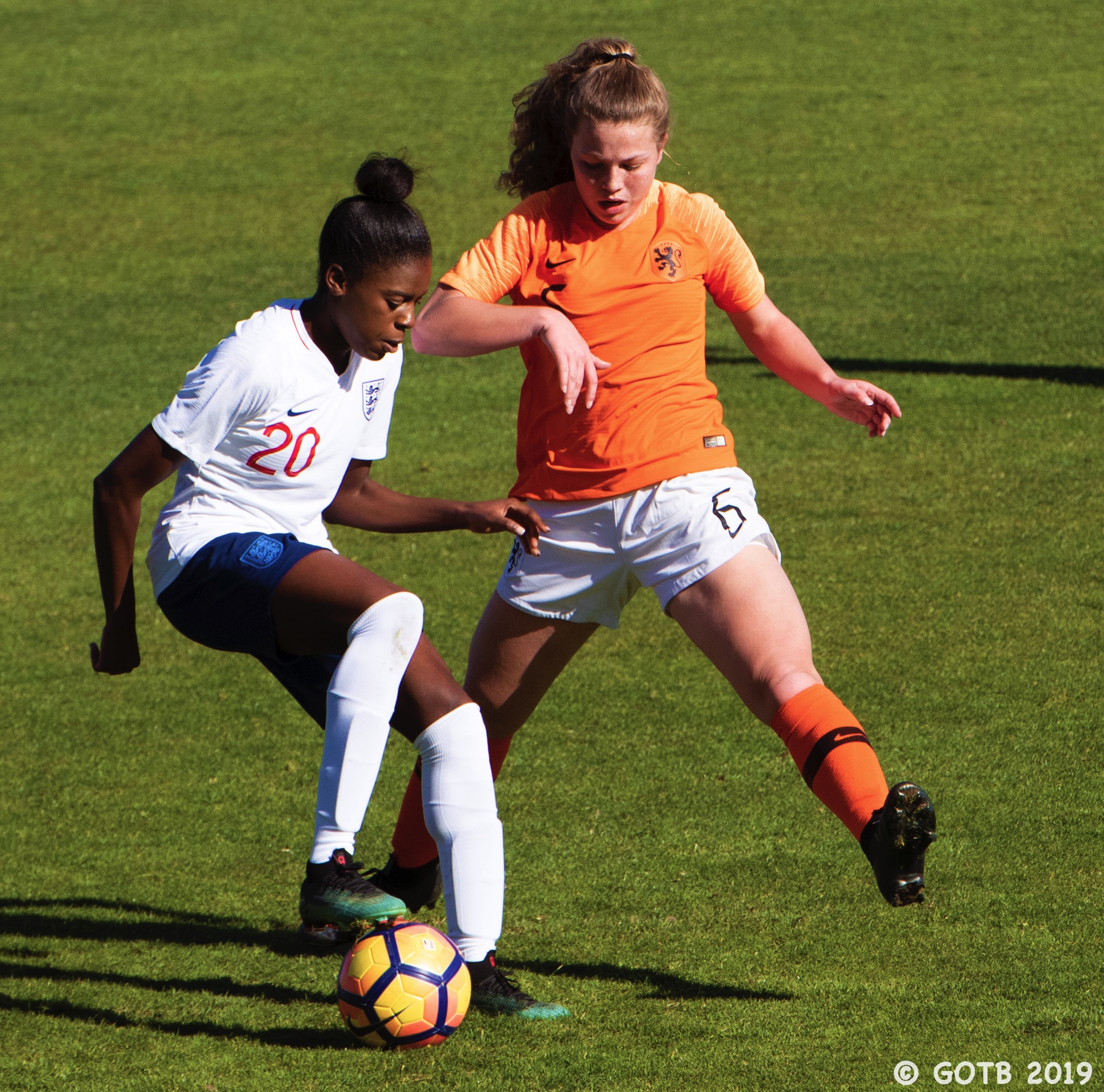 The Netherlands came out refreshed in the second half and the tide of the game began to turn. The game became scrappy and the Young Lionesses were unable to get into their rhythm as the Dutch upped the pressure. Morgan made a good block off captain Joelle Smits before Romy Speelman had an effort saved by Hampton, now in goal. Hampton had to be alert again to deny Janou Levels.

The pressure told and it was the Netherlands who took the lead in the 75th minute. A low cross found Kirsten van de Westeringh in the area and she made no mistake, sending her shot into the roof of the net.

As the half wound down, both sides traded possession with no real chances to speak of. The Netherlands held on to win the game 1-0.

Both games would have provided a good barometer for Skinner ahead of more important tests to come. She gave every player in her squad playing time and while there were plenty of learnings, there will also have been many positives to take over the two games.

England’s Elite Round qualification takes place at home between 3rd-9th April. They will face Italy, Sweden and Turkey for a place in the summer’s European Championships in Scotland.