Focus turned to domestic action after a fortnight as the FAWSL returned with a full schedule of fixtures. We began our weekend with a trip to a very rainy Hive to watch London Bees host Watford. 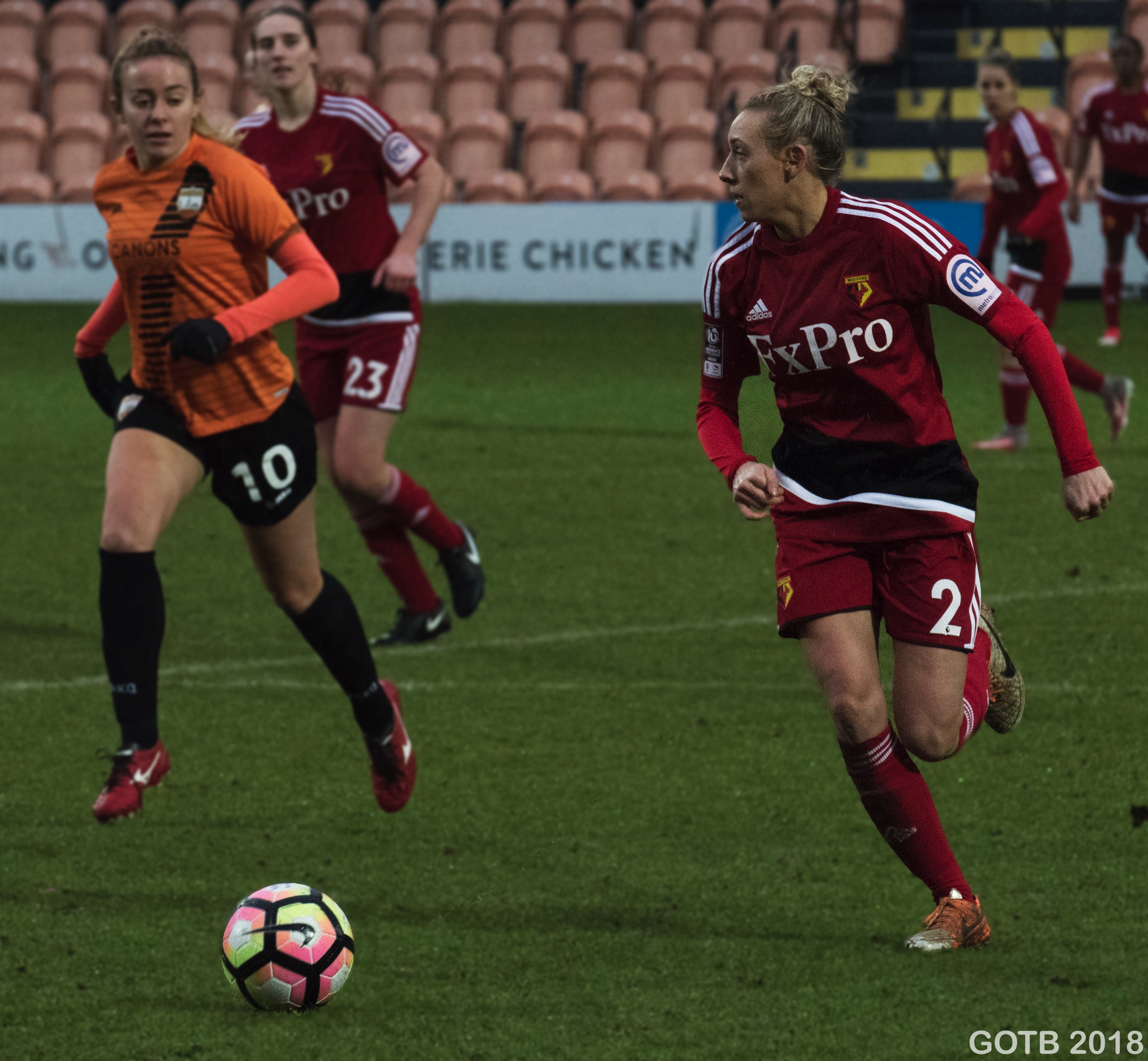 After a struggle at the start of the season, Luke Swindlehurst’s London Bees have hit a solid vein of form over the last couple of months. They lined up against a struggling Watford, who have not had a victory since October.

The Bees dominated the first half with Paula Howells’ pace causing problems up the left wing. Her surging runs gave the Watford defence a lot to think about with Katie Wilkinson ever present in the box to get on the end of crosses. Goalkeeper Fran Kitching made a great stop off one such move before tipping a fierce shot from Sophie Fogarty wide. The hosts took the lead in the 38th minute when a free kick dropped in the box and Wilkinson pounced to turn it home for her second goal since moving to the club. She had a chance to double the lead a couple of minutes later but this time turned an unmarked header just wide.

The second half started in much the same vein. The ever-bright Destiney Toussaint was played through but saw her touch let her down at the vital moment. Shortly after, she was in on goal again but somehow could not find the back of the net as her shot bounced off the inside of the post and clear.

The pressure paid off and the Bees extended the score with about half an hour to play. Toussaint latched onto a through pass and squared the ball across the box. An unmarked Howells met it in the centre, had time to take a touch and send it into the empty net. With 10 mins to go, the partnership reversed to give the Bees a 3-0 lead. After good pressure on Mollie Dench in the box, Howells came out with the ball and found Toussaint in the area who made no mistake.

There was a consolation for Watford late on when Adekita Fatuga-Dada beat her defender at the by-line to set up captain Anneka Nuttall. However, it was a pretty comprehensive afternoon for the Bees who claimed another win.

She was unlucky to hit the post early on but kept going and ended up with an assist and a goal to her name. It is not the first time this year that she has had such a big impact on a game.

Goal of the Match

London Bees’ second goal shone a light on the pace they can offer in attack.

A sweeping break found Toussaint down the right hand side. Seeing Howells unmarked in the box, she squared it first time for the Bees’ number 11 to turn home.

The link up between Howells and Toussaint is a key dimension to the Bees going forward. With Emma Beckett and Taylor O’Leary providing cover in the middle of the park, both players have the freedom to exploit the opposition.

Save of the Match

The scoreline could have been worse for Watford but for some high quality saves from Fran Kitching between the sticks.

After making two vital saves in the first half, she was once again called into action in the second.

The best of the afternoon came as substitute Evie Clarke broke through the defence. One on one with her opponent, Kitching managed to stay upright and make herself big to get her body behind the shot. 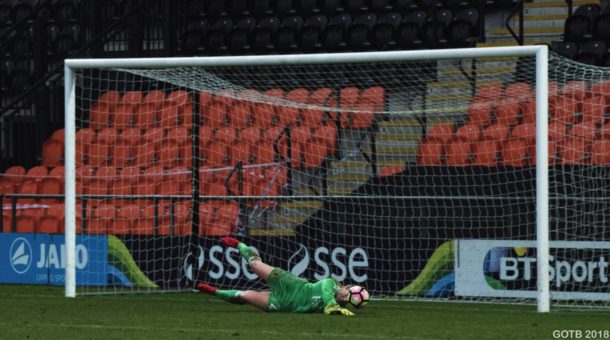 Millwall Lionesses made it 15 league games unbeaten with a battling win against a strong Durham side.

The London side took the lead 20 minutes in through a superb strike from Leigh Nicol. Lee Burch’s side doubled their lead just after the break when defender Billie Brooks headed home a free kick.

Durham pulled a goal back through Beth Hepple but Millwall captain, Ashlee Hincks, restored her side’s lead within 10 minutes.

Jordan Atkinson pulled another back for the visitors with two minutes left on the clock but Millwall held on to seal the victory.

A thrilling encounter took place at the Home of Football on Sunday afternoon.

A first half hat-trick from forward, Melissa Johnson, put Sheffield in the driving seat at the break despite Tottenham’s Coral Haines pulling a goal back. Both sides were reduced to ten players when Hannah Cain and Sophie McClean saw straight red.

Tottenham reduced the deficit after the break through Bianca Baptiste before Katie Anderson restored the gap for the hosts. Things got nervy again, however, when Jenna Dear received a second yellow card. With Sheffield down to nine, Spurs pushed forward and narrowed the margin through a Sarah Wiltshire volley. In the end though, Sheffield managed to hold on to the lead.

Neil Redfearn kicked off his time as Doncaster’s manager with a solid win over Brighton.

Jess Sigsworth gave the Belles the lead with half an hour played before Fern Whelan levelled the score with a header in first half injury time. Parity remained for only four minutes, however, with Kirsty Hanson restoring the host’s lead before the break.

Hanson extended their lead in the 79th minute with a 20-yard effort before Rebecca Rayner rounded off the scoring. The win kept Doncaster in their place at the top of the table.

Andy Cook’s Oxford side came from behind to end a six-game losing streak.

England U17 forward, Ebony Salmon, gave the visitors the lead with five minutes played. Oxford responded strongly, however, and Taome Oliver headed them level with 30 minutes on the clock.

The hosts took the lead after the break when Kayleigh Hines converted a free kick. They increased the margin a few minutes later with midfielder Dan Carlton getting on the scoresheet.