Lionesses secure World Cup qualification with a game to spare

“You never get bored with winning,” stated an elated Sarina Wiegman as her England team maintained their unbeaten run to book a coveted spot at the 2023 FIFA World Cup. A 2-0 victory against a resilient Austrian outfit saw the Lionesses top Group D with a game to spare.

It has been little over a month since that memorable day at Wembley as England became European Champions in front of more than 87,000 spectators. It would have been a shock to the system, therefore, to pull into the surroundings of the Wiener Neustadt Stadion, a facility not suitable to host an international game at this level. Despite the Austrian team’s exploits this summer – they were one of the teams of the tournament – the choice of venue showed a lack of ambition by their Federation. The only plus point was the water slide, through which children stopped rather precariously at various times during the afternoon to watch the game.

The hosts needed to win this match to have a chance of automatic qualification. Manager, Irene Fuhrmann, named an unchanged team from that that had lost narrowly to Germany in the quarter-finals. Carina Wenninger captained from defence while Nicole Billa led the line. Wiegman, on the other hand, made a number of changes to those that had started in the Final. Alessia Russo and Ella Toone were handed starts while Alex Greenwood came in to add her expertise at left back.

With this fixture coming in pre-season – a somewhat bizarre scheduling of the international calendar – England took a little while to ease themselves into the game. Despite not being at their flowing best, however, the visitors found themselves ahead after seven minutes. Greenwood linked up with Mead down the left to deliver in a cross that glanced off Lauren Hemp’s head in the box. The ball dropped eight yards out for Russo to volley home, picking up right where she left off. 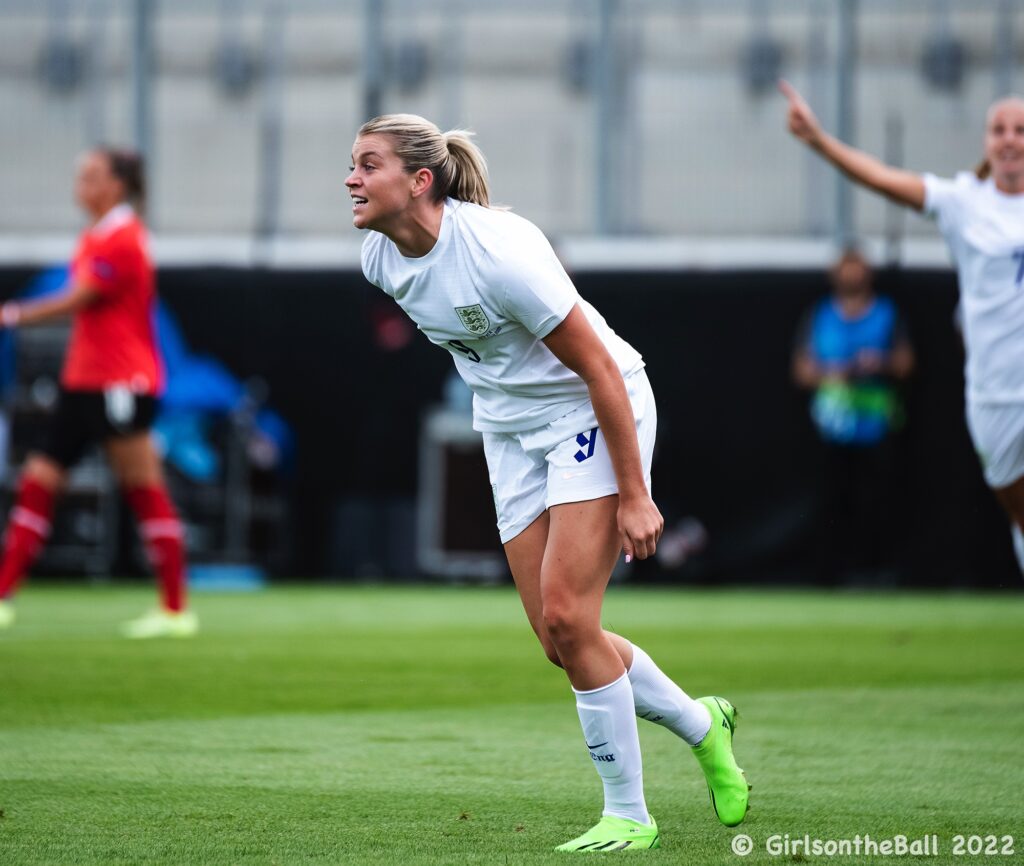 Austria now had to throw absolutely everything at the Lionesses and they responded with vigour. They had a big chance to equalise when Julia Hickelsberger-Füller worked some space inside the box and fired over the bar. Verena Hanshaw was having space to run into down the left but her deliveries into the area found noone on the end of them. Sloppy England passing allowed Barbara Dunst an opportunity but her finishing was also wayward. Despite their pressure, they did not trouble Mary Earps in the Lionesses’ goal.

It had been a bit of a scrappy performance but the visitors grew into the second half as they blew away the cobwebs and began to find those passing patterns that were so prevalent in the summer. Manuela Zinsberger made a big stop to deny a sure Georgia Stanway goal after good build up between Toone and Hemp. More quick passing saw the ball fall to Toone on the edge of the area but her scuffed effort rolled into the Austria keeper’s arms.

Breathing room came for England with 20 minutes to play. Nikita Parris, on for Beth Mead down the right, ran onto a Stanway through-ball to fire home with aplomb. If ever a player needed a goal, it was the Manchester United forward. You could see the relief and delight that flowed through her as she celebrated, surrounded by the whole squad. 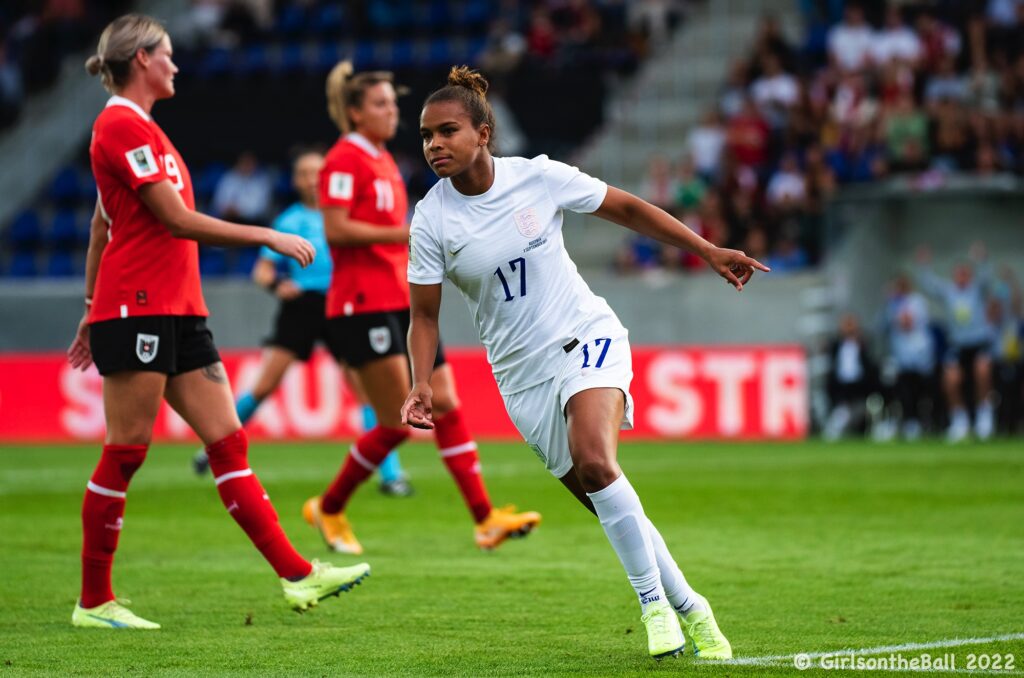 Austria tried their hardest to pull themselves back into it. Greenwood made two vital blocks off Dunst and Laura Wienroither. Earps then made her first save of the game with a spectacular stretch to tip Laura Feiersinger’s curling effort wide.

In truth though, the match was done and dusted. Before long, the referee blew the final whistle and England could finally celebrate reaching another major championship.

“I’m very proud of the team…I think it was a hard game coming out of the Euros without having much rest,” Wiegman analysed post-match. “It is a relief but we also knew if we weren’t succesful today, [we could qualify on Tuesday]. But you don’t want that. You want to win every game and you want to play well every game…I think we did that today in lots of parts of the game and we had some parts were we were not tight enough and made some mistakes.

Luxembourg await on Tuesday, a chance for England to round-off a scintillating qualification campaign in front of a sold-out Stoke City.