We’re used to managers and players playing down big or notable fixtures. “It’s just another game” they’ll say, “We’ll focus on ourselves”. But there is no denying that tomorrow’s friendly is going to be something special with it being the first time that England manager, Sarina Wiegman, will face her old side and homeland, the Netherlands.

Under her tenure, Wiegman led the Netherlands to a home Euros win in 2017, a World Cup final in 2019 and the quarterfinals of the Olympics in 2021 before taking up her post with England. England fans will painfully remember how the orange wave brushed the Lionesses aside in the semi-finals as they marched on to lift the trophy in 2017. That was the last time these two sides met. While Wiegman insists they have approached this game like any other, she does admit that it will be memorable: “It’s a very special game for me and it’s really nice to see the Netherlands team again.” 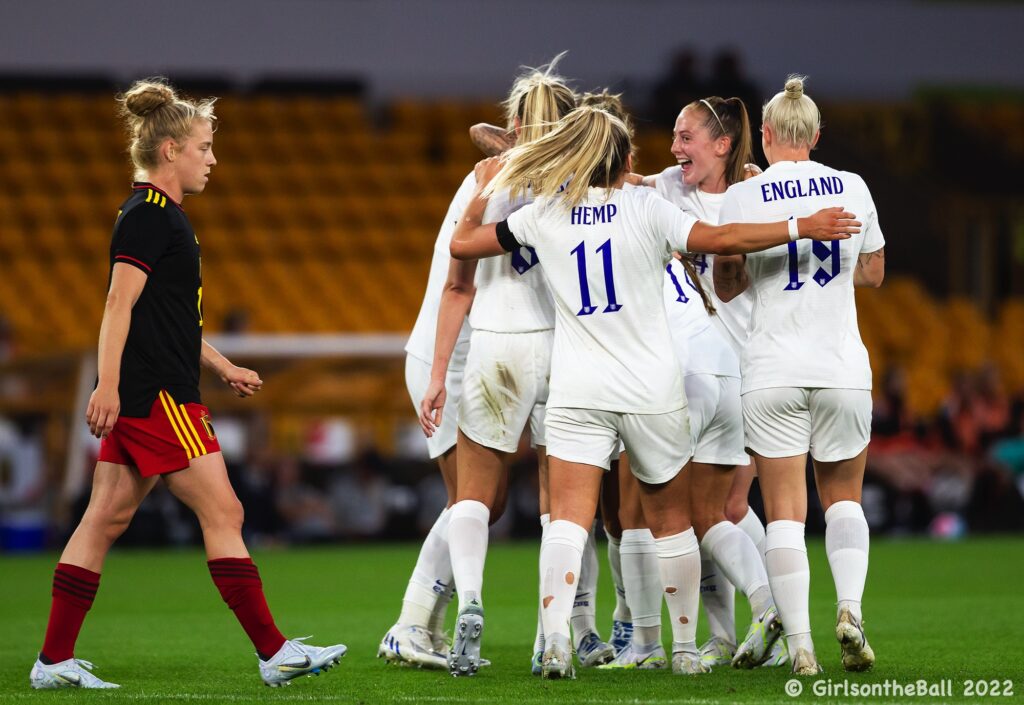 This is no doubt that this is England’s biggest test in the trio of pre-Euro 2022 friendlies. While Belgium and Switzerland will provide their own challenges respectively, the Netherlands will be a good marker to see where this team is at ahead of a major competition. Sitting 4th in the world and current holders of the European Championships, the Dutch are considered contenders for the title again this year – amongst several others. Now managed by Englishman Mark Parsons, they too need a test before it all kicks off in July. England will be their first game in this international window with Belarus and Finland to follow. The former champions have had a mix of results under their new boss, including two draws against the Czech Republic, as well as a loss to France. They currently sit second in their World Cup qualifying group behind Iceland. But there is plenty of talent within their ranks and quite a few familiar faces, most notably Vivianne Miedema, the country’s top goal scorer. However, you also can’t look passed former WSL players Dominique Janssen, Jill Roord, Danielle van de Donk and Sari van Veenedaal who will no doubt be keen to get a result against England to boost their confidence heading into the summer.

For Wiegman it will be another opportunity to see her side truly tested. While we were able to see this during February’s Arnold Clark Cup, it will be key for her to see how her chosen 23 will perform. She has a full squad to choose from – bar Ellen White who is missing due to Covid – and we are sure to see plenty of players get an opportunity, with Wiegnam utilising six substitutions against Belgium last week. As much as she will want to get a win over her old side, Wiegman is not sentimental and the main objective will be to take as many learnings as possible from this fixture ahead of 6th July. Seeing how the back line deal with the likes of Miedema and Martens, two world class strikers, will be a strong indicator of the partnership that’s been formed in defence. It is clear that she likes to try different styles of play with England able to play through teams while also having top passers of the ball in defence, which we saw in action against Belgium. Millie Bright’s ability to find Hemp on the wing again and again was a major outlet, for example, and something the Dutch will likely look to close down. It will also be interesting to see if she will play a double pivot in midfield again with Leah Williamson and Keira Walsh. This is an area of the pitch where the Dutch have a lot of experience with the likes of Sherida Spitse, Roord, van de Donk and Jackie Groenen. Seeing how the game plays out in the middle of the park will be intriguing.

For us, it’s another moment to play against a very strong opponent and develop our style of play to see where we are in this moment. From there we go to Switzerland and prepare for the Euros.

It must be said however, that several key players are returning from injury and their minutes will likely be managed. The Dutch also have a World Cup Qualifier next week against Belarus which will likely influence their selection. All in all, it’s going to be a competitive fixture, even if it is just a friendly. With plenty of talent on the pitch, many eyes will be watching how England fair. The added history with Wiegman just gives this match a little extra spice as the White and Orange Lionesses go head-to-head.