Grant Scott cut a slightly frustrated figure after his Glasgow City earned a solid, if at times unremarkable, victory over Birkirkara in the Champions League. It wasn’t that the manager was particularly unhappy with his side, it was more that he expected them to kick on after a dominant first half display, which they struggled to do.

“First and foremost, that’s what we deserved today. There’s a little bit of frustration, I must admit because I didn’t think we played to any level that we can. But, you know, it is what it is and we’re into the next match and that’s the important thing.”

The Scottish Champions were the hosts of their Round 1 Group as they took on Birkirkara early on Wednesday morning. The Maltese side are nine times Champions of their domestic league, but it was the hosts who were clear favourites ahead of this fixture – last time they met, they had won 9-0.

Glasgow got off to the perfect start, maintaining their form from their recent SWPL Cup victories. Clare Shine opened the scoring inside three minutes with a brilliant effort from distance that dipped over the helpless Janice Xuereb in the Birkirkara goal.

In all honesty, it was one-way traffic as the visitors struggled to get out of their half. Costa Rican international, Priscilla Chinchilla, was looking particularly bright down the left, with her skill and pace troubling the Birkirkara back-line. She almost set up Lauren Davidson, who was denied by a big stop from Xuereb, before hitting the back of the net with quarter of an hour played. Taking down a long ball with a perfect first touch, she beat Stefania Farrugia before sending a curling finish home. An emphatic way to mark a Champions League debut. 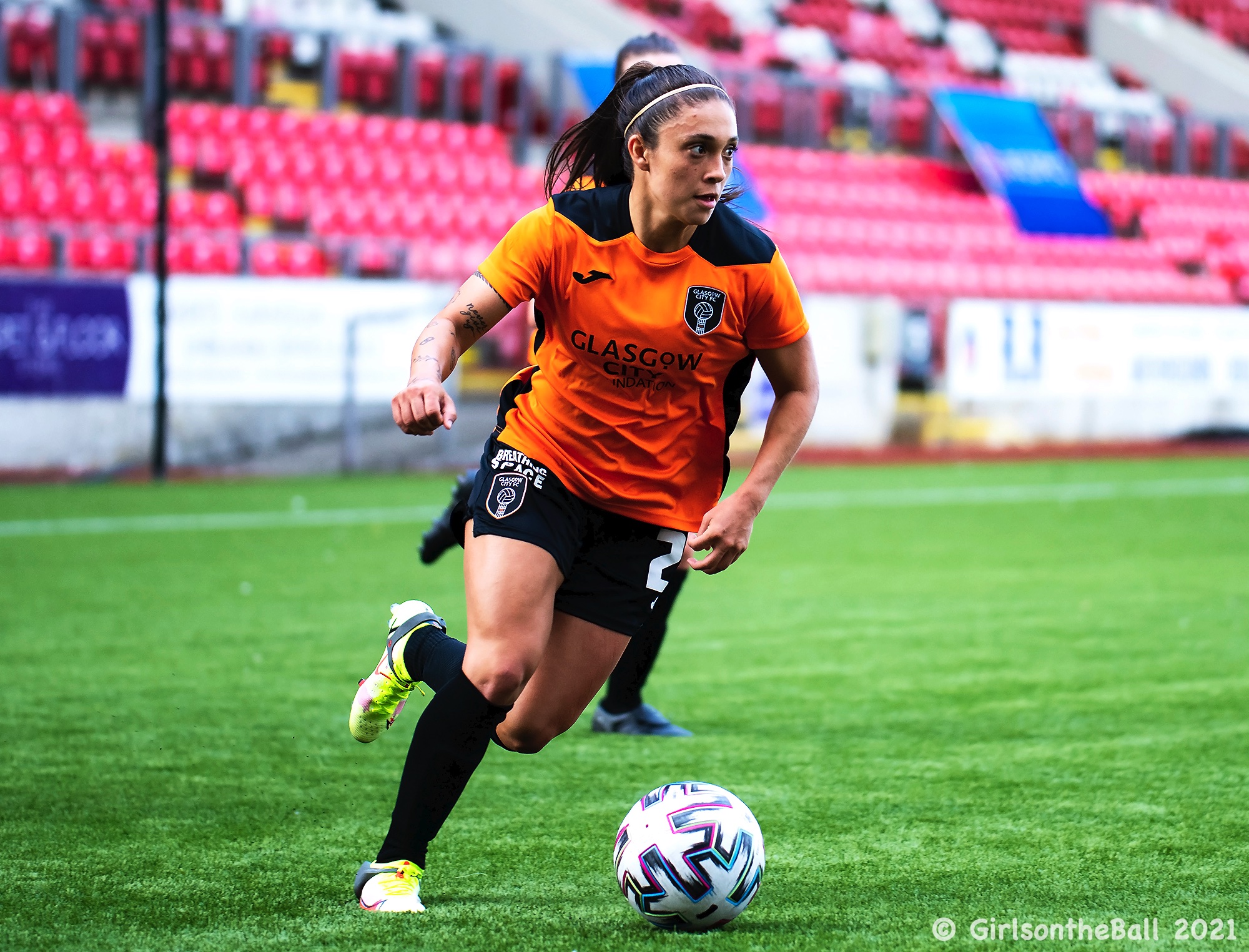 Glasgow did not let up and continued to push for a third. It came just before the break when an unmarked Vital Kats turned home Julia Molin’s cross from the penalty spot. It was her first goal for the club.

Comfortably ahead, the hosts took their foot off the gas in the second half and struggled to rediscover their rhythm. Two half-chances fell to Molin before she set up Davidson with her poked shot deflected narrowly wide of the post. Chinchilla also had the opportunity to double her tally, firing over from 8 yards out but there was very little of note as the game drew to a close.

BIIK-Shymkent from Kazakhstan await Glasgow in the final on Saturday evening with the winner progressing to Round 2. It is a fairly short turnaround and Scott is relying on his side’s experience in this competition to aid their qualification: “It’s a massive game. I think a lot of the group have been in these situations before. We’ll look at the opponent; we’ll do our homework as best we can; we’ll arm the players with as much information as we think we need; and we’ll give it a real go on Saturday.”