“There is a maturity to the team that’s coming through in each performance,” stated Emma Hayes after Chelsea secured their third victory of the 2022/23 Champions League campaign.

While it wasn’t a scintillating performance as the Blues saw their way through a potentially tricky Real Madrid encounter, it was one that was controlled and well managed. As Hayes pointed out, Chelsea’s experience showed as she labelled her group “the best team” she’s had. “When these teams are so evenly matched, I’m starting to see the benefit of our experience,” she said. “Look at my group and the leaders in my group. I thought two years ago, we had a decent amount of experience, but this team is another level.”

Two goals in the final 20 minutes – first a Sophie Ingle header and then a rocket from Erin Cuthbert – brought the game to life in front of over 3,000 at Kingsmeadow on Wednesday evening.

Hayes had made a handful of changes to the team that had seen off Tottenham at the weekend. Fran Kirby, finally overcoming a virus, started while Johanna Rytting Kaneryd came in and Niamh Charles replaces Eve Périsset at right back. Chelsea’s strength in depth is frightening to the point that even the long-term absence of Pernille Harder does not feel like a season-defining issue.

Real Madrid, meanwhile, are the younger team in this competition. This is only their second Champions League season, and this was a test to see how they are growing under Alberto Toril. One eye-catching omission from their starting XI was the appearance of the talented Athenea del Castillo on the bench.

There were promising signs for Chelsea early on as they hit the ground with intensity. Kirby came closest in the opening minutes forcing a smart save from Misa Rodríguez. Sam Kerr was doing her trademark running in between the lines, dragging Madrid’s central defenders around like a puppet master would pull on his strings.

Despite this fast start, however, the game soon petered into a bit of a stuttering affair with both sides unable to hold possession for all that long. Chelsea were in control of the ball but by the break had managed just three shots to Madrid’s two, registering only one on target.

A shift to Madrid’s shape saw them start the second half with renewed energy. Naomi Feller, now out on the right, did Magdalena Eriksson for pace before delivering a dangerous cross. Caroline Weir – on her first return to England since moving to Spain in the summer – was there in the box but got her feet all wrong and the shot was eventually blocked behind.

A double change added impetus to Chelsea’s front line as Lauren James and Jessie Fleming came on for Kirby and Kaneryd. The hosts finally found a breakthrough with 67 minutes on the clock. Cuthbert, Chelsea’s engine in the middle of the park, sent in one of her pinpoint corners. Millie Bright headed it across the face of goal with Ingle well placed at the far post to send it home.

The points were sealed just ten minutes later with the impressive Cuthbert scoring her second worldie in as many games. Bursting onto a throw down the right, she took aim from outside the box and her effort dipped over Rodríguez from the tightest of angles. Was it a cross? Was it a shot? Hayes for one was certain she meant it.

The Chelsea manager was full of praise for her midfielder. “She covered every blade of grass,” she said. “There was a tenacity to her performance even when there wasn’t a tenacity to ours in the first half. In the second half, she drove the team on.”

It was another three points in the back for this Chelsea side as they extended their unbeaten European home run to 13. It means that the Blues now sit comfortably atop Group A, with a bit of room to breathe and progression clearly in their control. The reverse of this fixture comes next in a fortnight’s time and Hayes’ side will head to Spain fully confident that they can replicate this result. 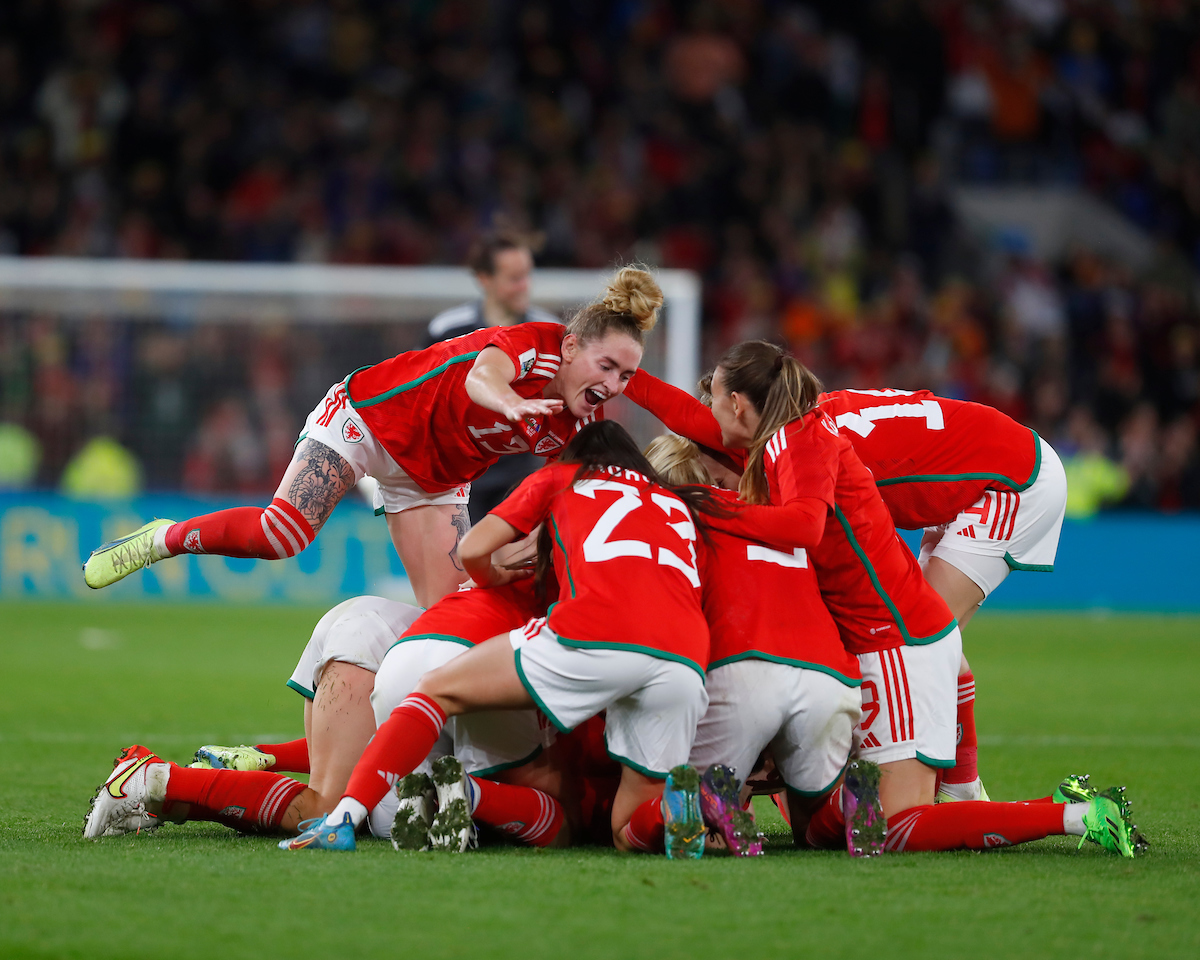