Wales continued their World Cup dream on Thursday night as they edged past plucky Bosnia-Herzegovina in extra-time. Jess Fishlock’s sensational volley in the 105th minute saw them set up a Play-Off Final meeting with Switzerland in Zurich on Tuesday evening.

Arriving into the Welsh capital on Thursday evening, there was a feeling of anticipation in the air. The prospect of a spot in Round 2 of the play-offs loomed large as they welcomed Bosnia-Herzegovina to the Cardiff City Stadium.

It is safe to say that the buzz around Welsh football is huge at the moment. This was Wales’ biggest night on home soil since the draw with Slovenia that earned them a historic play-off spot. Over 15,000 fans – a new record attendance – turned out on a balmy mid-week evening to see if their team could go one step further on this World Cup journey.

On paper, Wales were certainly the favourites. Under Gemma Grainger, the team have continued their progression from defensive outfit to realising their attacking potential, a blend of experienced heads and young talent. There was just one change from last time out With Natasha Harding absent due to personal reasons, Jess Fishlock returned to the starting line-up. Meanwhile, Rachel Rowe made her 50th appearance for her country.

As Grainger put it, Bosnia-Herzegovina came into this match “with nothing to lose”. Some 30 world ranking places separate these two sides, making Bosnia-Herzegovina’s run all that more remarkable. Manager, Samira Huren, made three alterations to her side putting Almina Hodžić in goal, while Andrea Gavrić and Minela Gačanica were also handed starting roles. 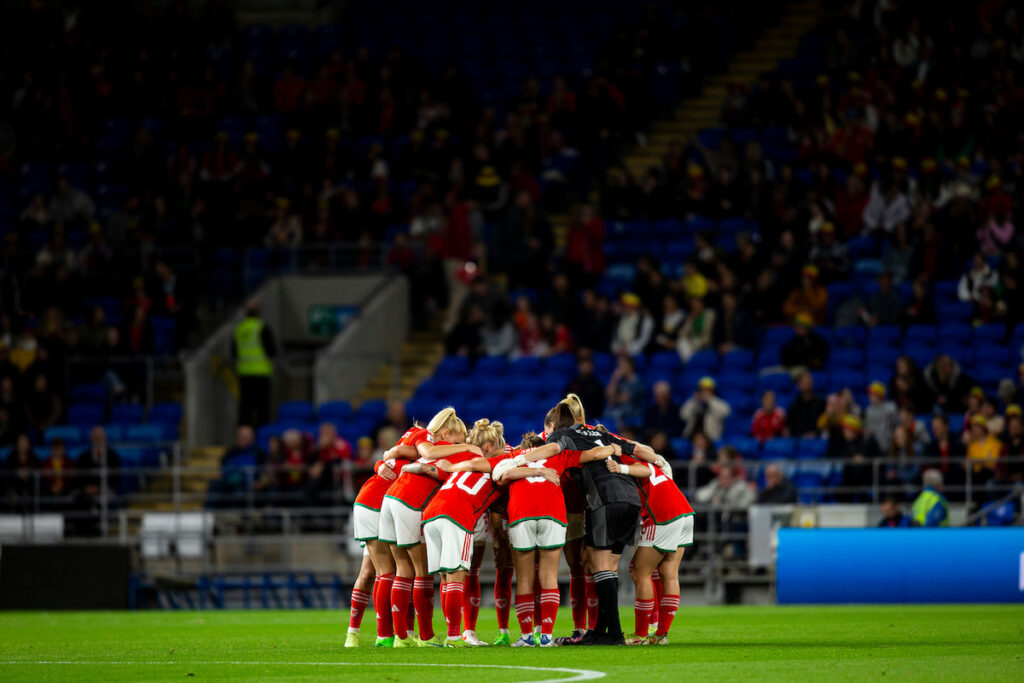 Wales’ struggles with offside proved a recurring theme of the evening. By the end of the match, they would have four goals disallowed because of it. Kayleigh Green was the main perpetrator and even struggled at the start of the game to hold her runs – she was flagged twice in the opening ten minutes.

Unlike in previous games, however, Bosnia-Herzegovina were not there just to defend. They showed their willingness to push forward making the game quite transitional. They caused a scare for the Welsh backline 15 minutes in when Marija Aleksić was left unmarked off a corner. Laura O’Sullivan stretched out a leg to brilliantly keep the ball from hitting the back of the net.

Down the other end it went as Wales created a series of superb chances. Ceri Holland turned an unmarked header straight at Hodžić while Green had a goal ruled out for offside after a mazy run from Fishlock. Minutes later, the Bosnian keeper made a smart double save to deny first Rowe then Holland. The hosts continued to dominate before the break but were not clinical enough to make it count.

Bosnia-Herzegovina came out re-energised and enjoyed a strong ten-minute spell at the start of the second half. There was a nervy moment when Hayley Ladd headed towards her own goal but managed to scamper back to keep it from rolling in.

Wales thought they were ahead when Green turned Fishlock’s through ball home only to be denied by the flag once more. Another followed when substitute Ffion Morgan hit a back-post volley only to have it ruled out by the assistant. A prolonged VAR check saw the official’s decision confirmed to much confusion amongst the crowd. The ball had come off a Bosnian defender, but it turned out it was because an offside Roberts had been deemed to be interfering in play. Minutes later, there was another when Fishlock was denied by another flag and the game headed towards extra-time.

Many teams would let their heads drop but not this Wales team. Tenacity and character flows through them, epitomised by none other than Jess Fishlock. If there was going to be anyone to find a breakthrough, it was going to be her. She did so in sublime fashion, a deft volley off a Rachel Rowe free kick in the 105th minute, before wheeling away and sliding across the turf in jubilant fashion. It was a goal that knocked the stuffing out of the visitors as Wales saw out the victory. 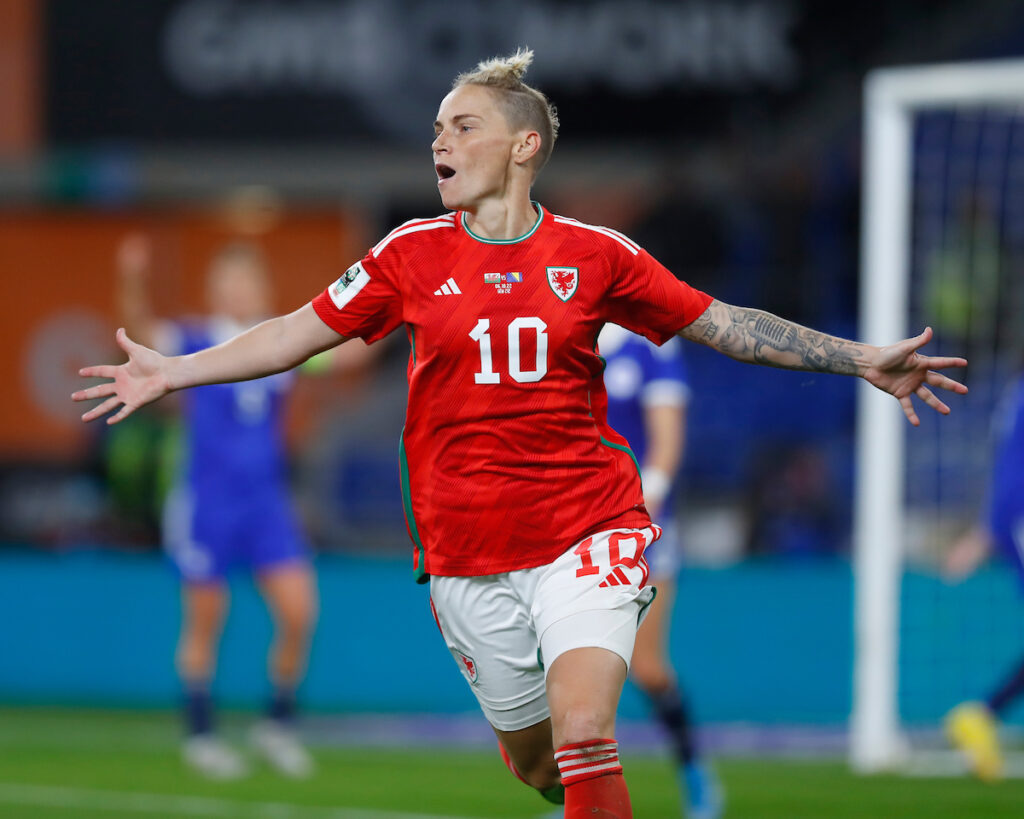 Grainger cut a proud figure post-match as her team continued their World Cup journey. “We dreamt from day one that this is where we wanted to be in terms of the Play-Off Final so I’m feeling really pleased to be here,” she said. “I think people thought this game was going to be easier than it was. We didn’t underestimate Bosnia. They came out; they performed; and ultimately, they didn’t have anything to lose. When a team doesn’t have anything to lose, they put out performances like that. I’m really pleased that we were able to have the discipline to keep working to the game plan.”

Wales’ manager was full of praise for her match-winner, Jess Fishlock. “It’s great to have her on the pitch,” she continued. “Her experience, what we see her do in the NWSL week in, week out, we want her to come and do that here and that’s what she wants to do. She’s given everything tonight. You look at the last couple of weeks for her, the travel that she’s had from the East Coast of America to the West Coast of America, then into Cardiff – she is absolutely dedicated in making sure she can perform for this team.”

A difficult trip to Zurich awaits the Welsh as they face Switzerland on Tuesday night. Recovery will be key as the face a higher-ranked side that has international tournament experience. Despite being underdogs, Grainger is not shirking the challenge, feeling her side are well prepared for this moment. “On paper, we know we won’t be favourites,” she stated. “Every single one of our friendly games, we’ve played against higher ranked opposition because that’s what we relish. They’re the teams we want to play because we want to play in Euros, we want to play in World Cups. So, on paper, Switzerland are maybe the higher-ranked team, but the belief in this team will be “Let’s flip it”. Bosnia had nothing to lose here; we’ve got nothing to lose in Switzerland. Everyone will think Switzerland are going to win the game, so we’ll use that to our advantage.”