The 2022/23 Barclays WSL finally got underway on Friday evening as Arsenal cruised past 10-player Brighton. Over 3,200 fans turned out at a packed Meadow Park to watch Jonas Eidevall’s side register their first three points on the board.

It was always going to be a tough ask for Brighton who have seen a summer of turnover within their playing squad. That, plus injuries, saw Hope Powell shift Kayleigh Green into a back three of a 3-5-1-1 formation. The Seagulls’ manager was only able to name five players on the bench, three of whom were youth players. New forward, Elisabeth Terland, led the line, supported by Veatriki Sarri who shone for Birmingham last season.

Arsenal, in contrast, have had a stable off-season. Some eyes may have been raised at there only being two new additions, but consistency in personnel can go a long way. Eidevall lined up his side in recognisable fashion, with Vivianne Miedema taking up that deeper role behind Stina Blackstenius. Caitlin Foord bolstered the attack while Laura Wienroither was preferred over Noelle Maritz at right-back.

Eidevall himself highlighted this consistency post-match as key to his side’s cohesive displays: “From almost like February onwards, I really feel like we have a stability in our performances, which comes from stability in the way that we play. [It] maybe makes us predictable, but it also, I believe, makes it easier for us to execute in a good way and to move the ball in a good way”. 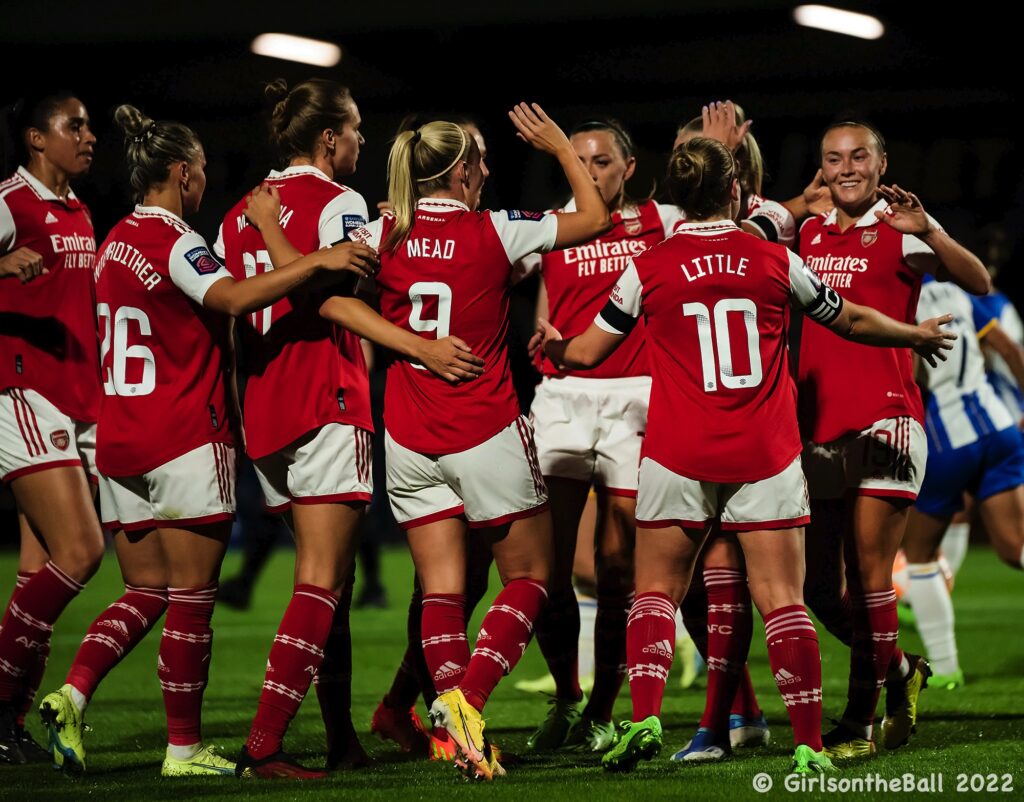 Brighton’s task was made even more difficult when Emma Kullberg was given her marching orders within seven minutes. The centre-back clipped the ankles of Blackstenius as she broke through on goal and as the last defender had to see red, although there was a hint of offside in the build-up.

With the player advantage, the Gunners inevitably began to control proceedings, exploiting the spaces that were now appearing. Foord, bright throughout the first half, gave Jorja Fox a torrid time down the left. It was through her that the opener was created, as she beat her defender to set up Kim Little in the box. The Arsenal captain took a sublime touch to take out the defender before firing home past Megan Walsh.

The hosts continued to press for the remainder of the first half with Brighton relying on defensive bodies and the upright to keep them in it. Blackstenius cannoned a sweetly struck effort off the crossbar before Walsh made a big stop to tip a long-range effort from Lia Wälti over. Green was then called into action to divert Rafaelle Souza’s header off the goal line.

Arsenal broke down the visitors’ resistance early in the second. A pinpoint give-and-go from Beth Mead saw her play through Blackstenius who was not going to miss on this occasion. The influential Mead soon opened her account for the season when she was picked out in the box by Miedema. 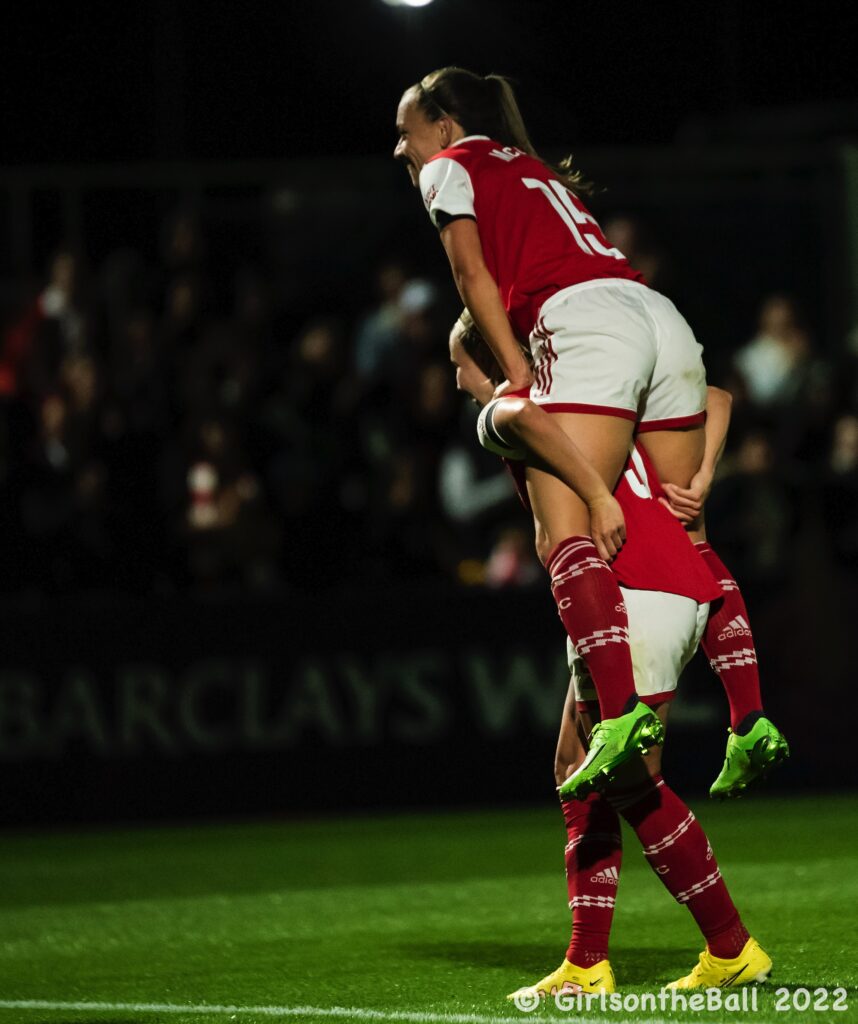 More chances fell the hosts way. Miedema had a goal ruled out for offside before Jordan Nobbs, on as a substitute, agonisingly clipped the woodwork. Mead capped off the evening, showing off some quick feet after being alert to a saved shot from Frida Maanum.

It was an impressive display from Arsenal as they hit the ground running ahead of a busy Champions League week. For Brighton, however, it will be back to the training ground although Powell would argue that you can read little into it when they were reduced to ten so early. They face Reading next weekend, a game in which they will be confident of laying the foundations for the rest of the season. 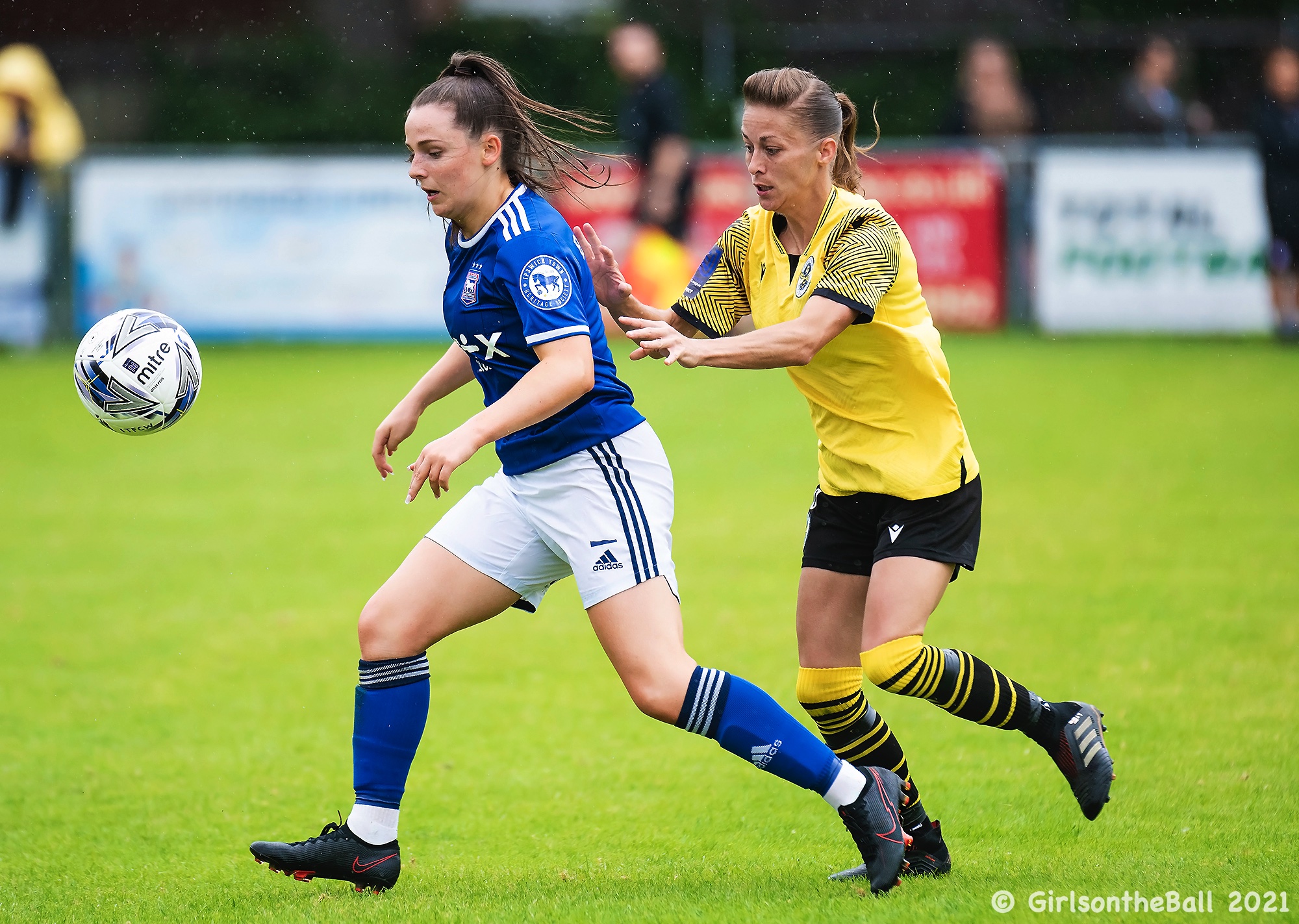 FAWNL Match Day Round Up | 4 September