It was an evening of controversy, fiery challenges and torrential rain as Arsenal squeaked past Ajax to reach the Group Stage of the Champions League. A sole goal from Vivianne Miedema saw the Gunners through in a scrappy affair in Amsterdam.

Ajax had shown their worth in the first leg, challenging Arsenal to the max and at times looking the better side. A side built on physicality, their press unnerved the Gunners’ defence, coming away from Meadow Park with a 2-2 draw. Manager, Suzanne Bakker, named an unchanged line up for this leg as they looked to push for a surprise victory.

However, there was controversy before the game even got underway when perplexed members of the Arsenal squad realised that the goals had been set up 10cm shorter than was required. “I’ve never experienced anything like it. It’s very weird,” Jonas Eidevall stated. It was hard not to agree.

Eidevall rotated his squad once more as Beth Mead was left to rest her legs on the bench. Katie McCabe retained her spot further up the pitch while Laura Wienroither also remained at right back. 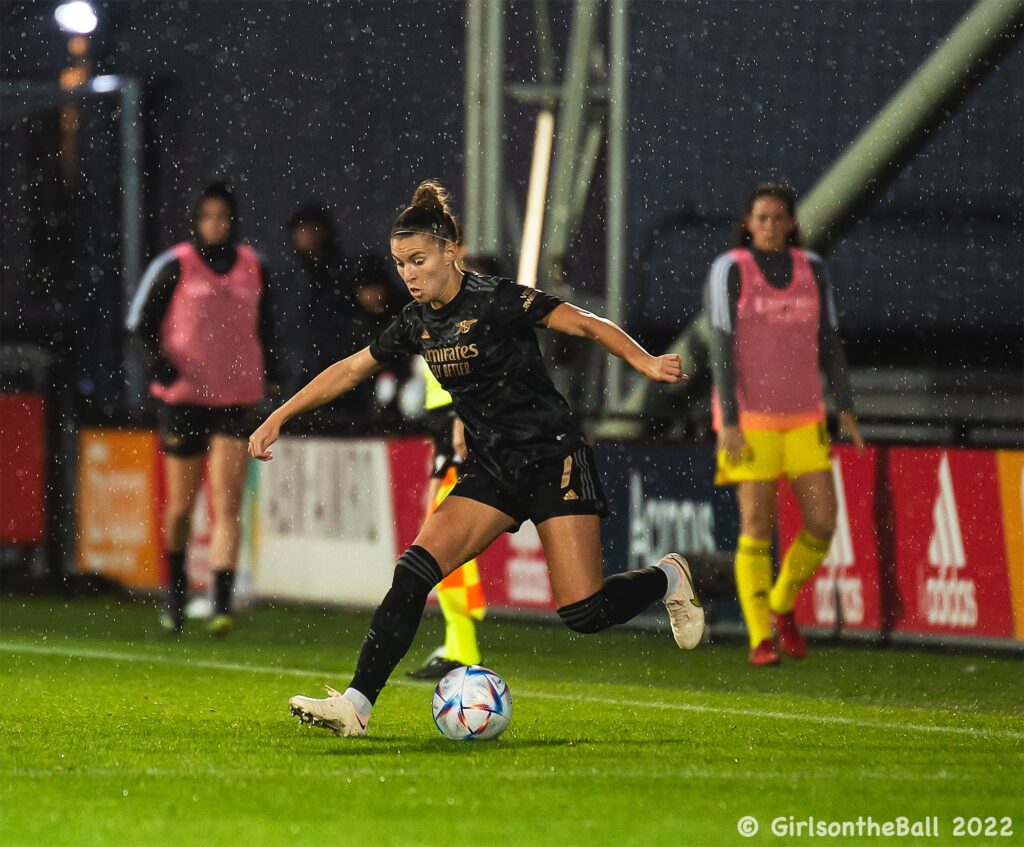 As the rain poured down, both sides got off to a disjointed start as they struggled to gain a foothold in the game. Nadine Noordam caused the Arsenal backline some early consternation when her angled shot was deflected wide. Down the other end, Stina Blackstenius was a bright spark, forcing Lize Kop into a save before Miedema rolled an effort wide from distance. There was a big blow for the Gunners halfway through the first half when Rafaelle Souza pulled up injured. Unable to continue, Lotte Wubben-Moy entered the field for her first minutes of this Champions League campaign. The game petered through to half-time with not much more to report on.

After more goalpost adjustments during the break, Arsenal began the second half re-energised. The all-important breakthrough came within minutes of the restart. Miedema popped up, as she so often does, just outside the box to drill the ball home into the bottom corner.

Having to score, Ajax responded in kind, putting Arsenal’s defence under significant pressure. Substitute Tiny Hoekstra sent Manuela Zinsberger scrambling when she fizzed a ball across the face of goal. Chastity Grant was there to turn it home at the far post but significant pressure from the impressive Wubben-Moy saw her send her shot the wrong side of the post. Minutes later, Victoria Pelova found herself in space in the box but failed to get a strong connection on the ball and it ran through to the safety of Zinsberger. 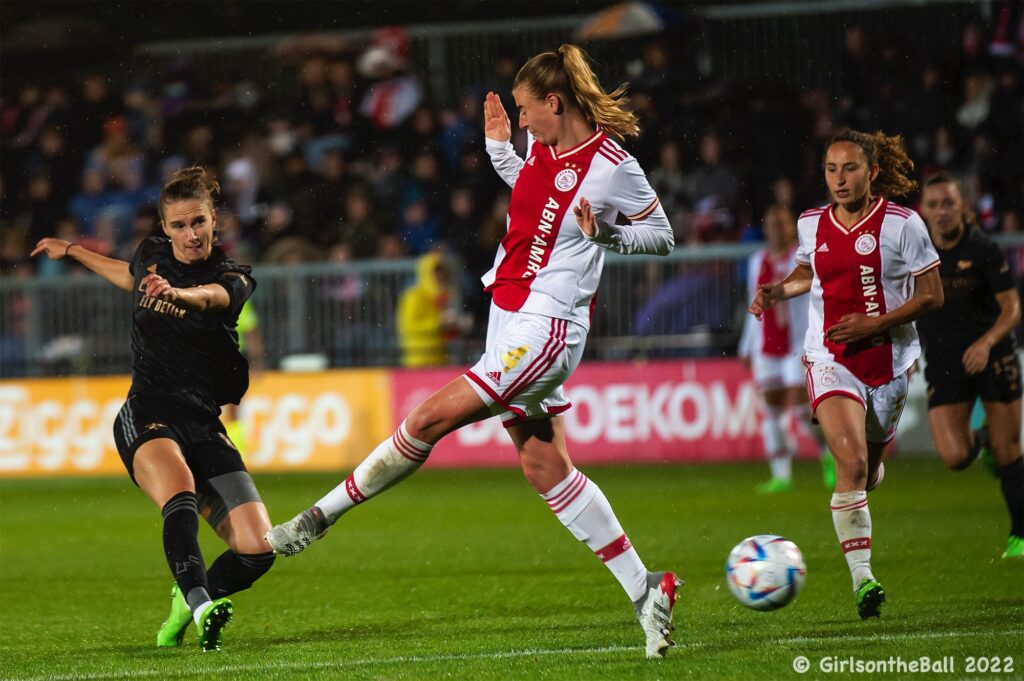 Further controversy followed when Lisa Doorn clattered into Mead mid-air. While unintentional, it left her flat out on the grass with Arsenal’s players and staff incensed. It became clear that she would be unable to continue, but UEFA’s lack of concussion substitutes meant Arsenal had to close out the game with just ten players. It does seem incomprehensible that in this day and age, one of the main international bodies still fails to protect the players. As Wubben-Moy said post-match: “Surely they should be protecting the health of player. In a high competition game like this where – I’m not going to make any comments about the ref – you obviously saw a lot of challenges going in and they were pretty impactful challenges, I worry for the safety of my players.”

The visitors did hold on to their narrow lead to secure that all-important Group Stage place. Not only do Arsenal now advance in the competition but it means three more games will be played at the Emirates. It is something that fills Wubben-Moy with excitement: “There’s a demand that now has been noticed. Maybe that demand was already there but it wasn’t being noticed as much. We now know that the demand is there; we just need to supply it. We need to have as many opportunities as we can, or make available as many opportunities as we can, to get bums in seats. Opening up the Emirates and getting 47,000 people in there, that is what we want. And coming off the back of the Euros, if we’re talking about creating and living through that momentum, that’s even more invaluable.”

The draw for the Group Stage takes place on Monday afternoon. With Arsenal in Pot 2 and Chelsea in Pot 1, there will be plenty of interest in the outcome.