Rolfö inspires Sweden to narrow victory over the Swiss

With a sea of yellow bouncing through the streets of Sheffield, Sweden made a raucous return to Bramall Lane. A narrow victory over Switzerland on Wednesday put them in prime position for qualfication to the quarter-finals.

Both sides had been held to frustrating draws in their opening Group B games, each squandering first half leads. Sweden had allowed the Netherlands back into their fixture while Switzerland were forced to share the spoils with Portugal having been two goals ahead.

Peter Gerhardsson made just the one change to his starting XI with Stina Blackstenius coming in for Jonna Andersson. It was a statement from the Swedish boss, adding more firepower to his forward line. Switzerland meanwhile were unchanged under Nils Nielsen.

It was the Swiss who almost made an immediate impact on the fixture. When Noelle Maritz went down under a challenge in the box, Marta Huerta De Aza pointed straight to the spot. Magdalena Eriksson, the assumed culprit, was convinced of her innocence, wagging her finger at the referee. She was shortly proved correct when a VAR check overturned the decision.

As Sweden settled, they began to find space with Kosovare Asllani and Fridolina Rolfö playing a starring role. Their efforts were thwarted, however, by a resilient Swiss defence who were throwing their bodies on the line at every turn. For a squad that had suffered from gastrointestinal problems for most of the week, they looked pretty sprightly. Rolfö turned provider for Asllani only for the ball to drop agonisingly out of reach in the box before the former had a shot blocked brilliantly by a sliding Viola Calligaris.

Switzerland’s sole chance of the half came on the counter attack. Coumba Sow broke through the middle and sent Ramona Bachmann away into the box. Forced to go it alone, she worked an angled effort on goal that was saved with ease by Hedvig Lindahl. 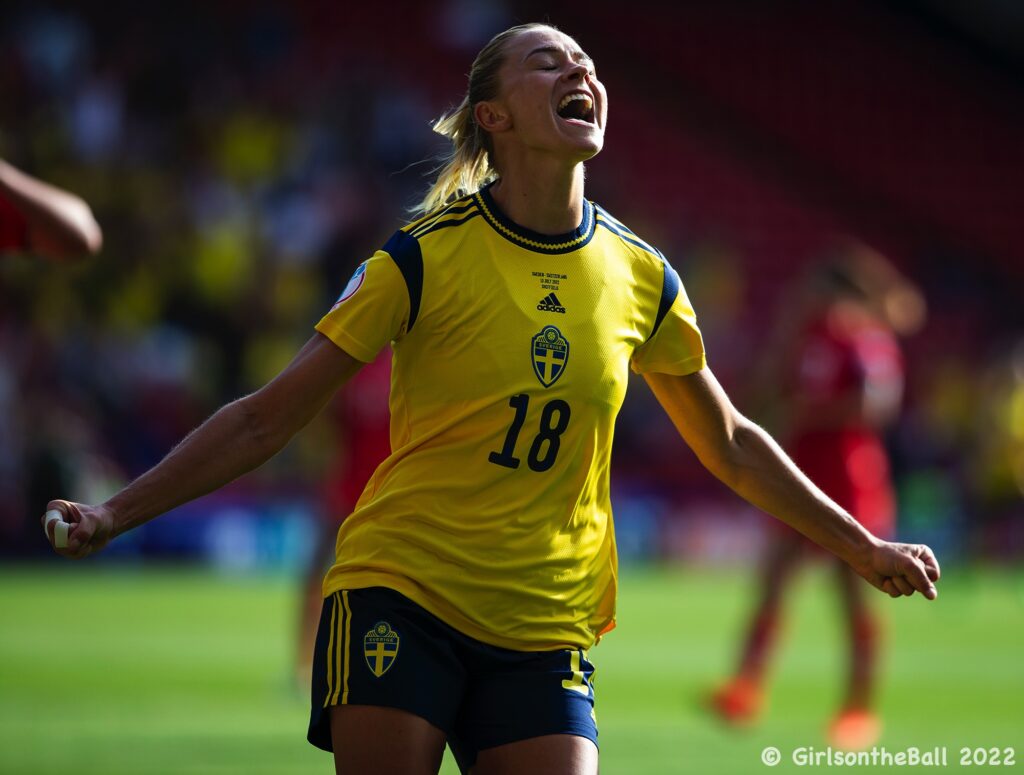 The second half saw Sweden move up a gear with Rolfö taking the game by its teeth. She opened the scoring in the 53rd minute with a sublime finish, a goal worthy of her performance.

They weren’t ahead for long. From the restart, Switzerland broke straightaway to level the score. Bachmann the source with a superb curling effort that gave Lindahl no chance between the sticks.

The winner finally came Sweden’s way with 11 minutes left to play. Hanna Bennison, newly introduced to the action, saw the ball drop to her on the edge of the box. Without even thinking, the Everton player swept a boot through it, producing an absolute rocket of a finish.

It was a strike that sapped the life out of Switzerland. In the time that remained, Sweden saw two Rebecka Blomqvist goals ruled out by VAR for offside. While a more comfortable cushion would have been favourable, they secured victory to put them in a good position to top the group.