England hits 50 as Chelsea narrow gap at the top

Dominant Chelsea beat West Ham on Wednesday night to go within a point of Arsenal as the title race narrowed at the top.

Emma Hayes made two changes to the side that had been held to a draw by Brighton at the weekend. Niamh Charles and Sophie Ingle came in for Jess Carter and Drew Spence as they set out in a 4-3-3 formation.

West Ham came into this tie in a strong vein of form and off the back of a 3-0 victory over Everton. However, with a fourth game in ten days, Olli Harder was aware of the potential for fatigue and brought in three changes to freshen things up. Hawa Cissoko returned from suspension while talented youngster, Mel Filis, took up position in the middle of the park.

While Chelsea dominated the first half, the visitors did well defensively while offering forays forward through Kate Longhurst and Lisa Evans down the wings. The Blues controlled the ball, however, and with Erin Cuthbert a driving force, created most of the chances. Goalkeeper, Anna Leat, made a big stop from close range off a powerful Pernille Harder header before Sophie Ingle clipped the crossbar. 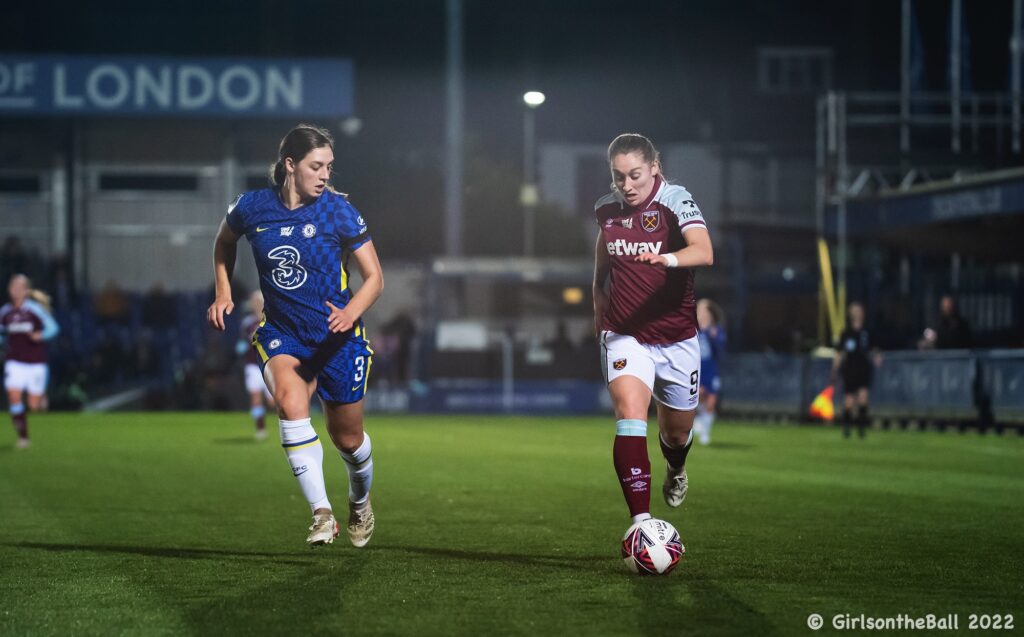 As the play continued, Chelsea kept up the pressure on the West Ham defence. It told when two of their three defenders received yellow cards within 20 minutes. Leat then had to be equal to an Ingle header before a fierce Harder shot stung her gloves, ensuring they went in all-square at the break.

Hayes made a half-time switch with Beth England replacing Guro Reiten in attack, giving Chelsea more of a focal point to aim at. It didn’t take long for her to have an impact. Another mazy Cuthbert run found the influential Scot space inside the box. Her effort on goal was spilled by Leat and England was on hand to notch her 50th Barclays FAWSL goal. 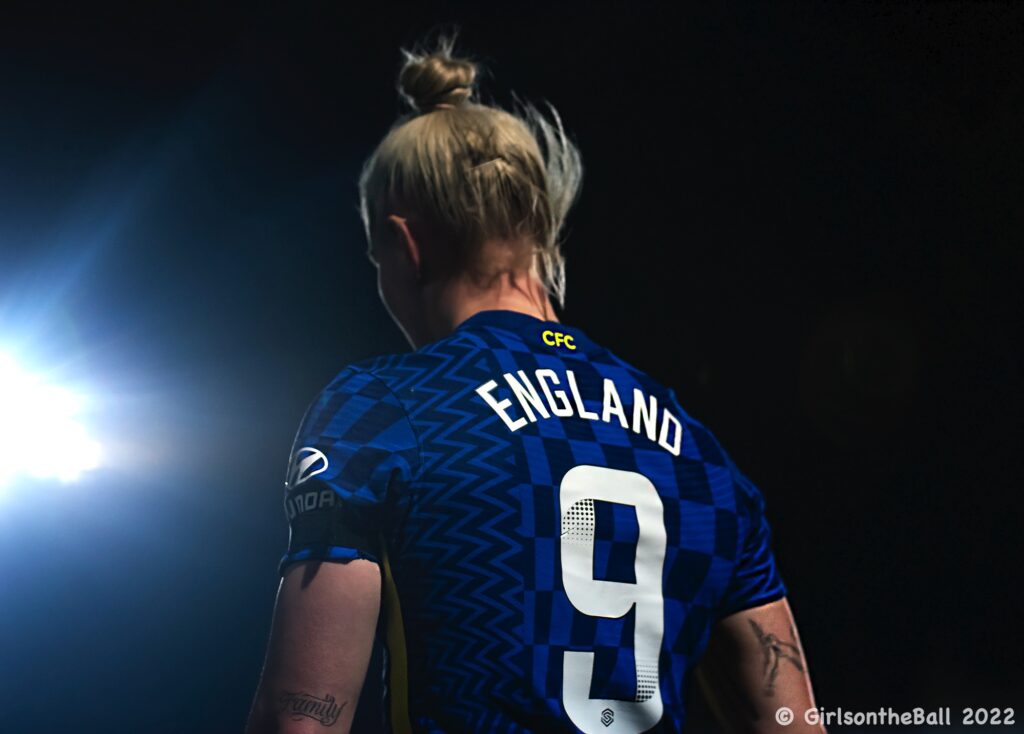 The opener added to West Ham’s visible fatigue and Chelsea continued to control the game, with Ann-Katrin Berger casting a frozen figure down the other end of the pitch. Cuthbert remained at the centre of everything good and deservedly got her goal with eight minutes to play. Running onto a Fran Kirby lay off, and being tackled by Zaneta Wyne in the process, she somewhat unconventionally produced a wonderful first-time finish to secure a vital three points for the Blues.

Post-match, a pleased Hayes praised the impact of England and her instinct in front of goal: “I felt the game needed somebody to do something that was not pretty. I think for us sometimes we want to walk with the ball into the back of the net. We create numerous chances game after game and what it needed was a scrappy finish…I thought her impact was good.” A potential banana skin averted, Chelsea move within a point of Arsenal and the title race very much alive.