England U19s opened their European qualification with a hard-fought victory over a spirited Republic of Ireland side.

Ireland were the first close rivals that the Young Lionesses will face this week, sharing Group 5 with both the Republic and their Northern counterparts. The former are the hosts of this mini-tournament and a 1,500-strong crowd packed into Market’s Field on a chilly October night in Limerick to cheer their team on.

Gemma Davies, the former Aston Villa manager, has taken on the manager role for the U19s and she named a strong starting XI, captained by Brighton’s Maisie Symonds. Lucy Watson, the current top scorer in the Championship, led the line alongside Aggie Beever-Jones and Freya Gregory, while Manchester City’s Ruby Mace partnered Tara Bourne in central defence.

Dave Connell chose an equally strong starting line-up for Ireland from a squad made up of 14 Women’s National League players. Wexford’s Della Doherty captained the side that included the in-form Ellen Molloy, with ten domestic league goals to her name this season. Rebecca Watkins led the line in a 4-2-3-1 formation. 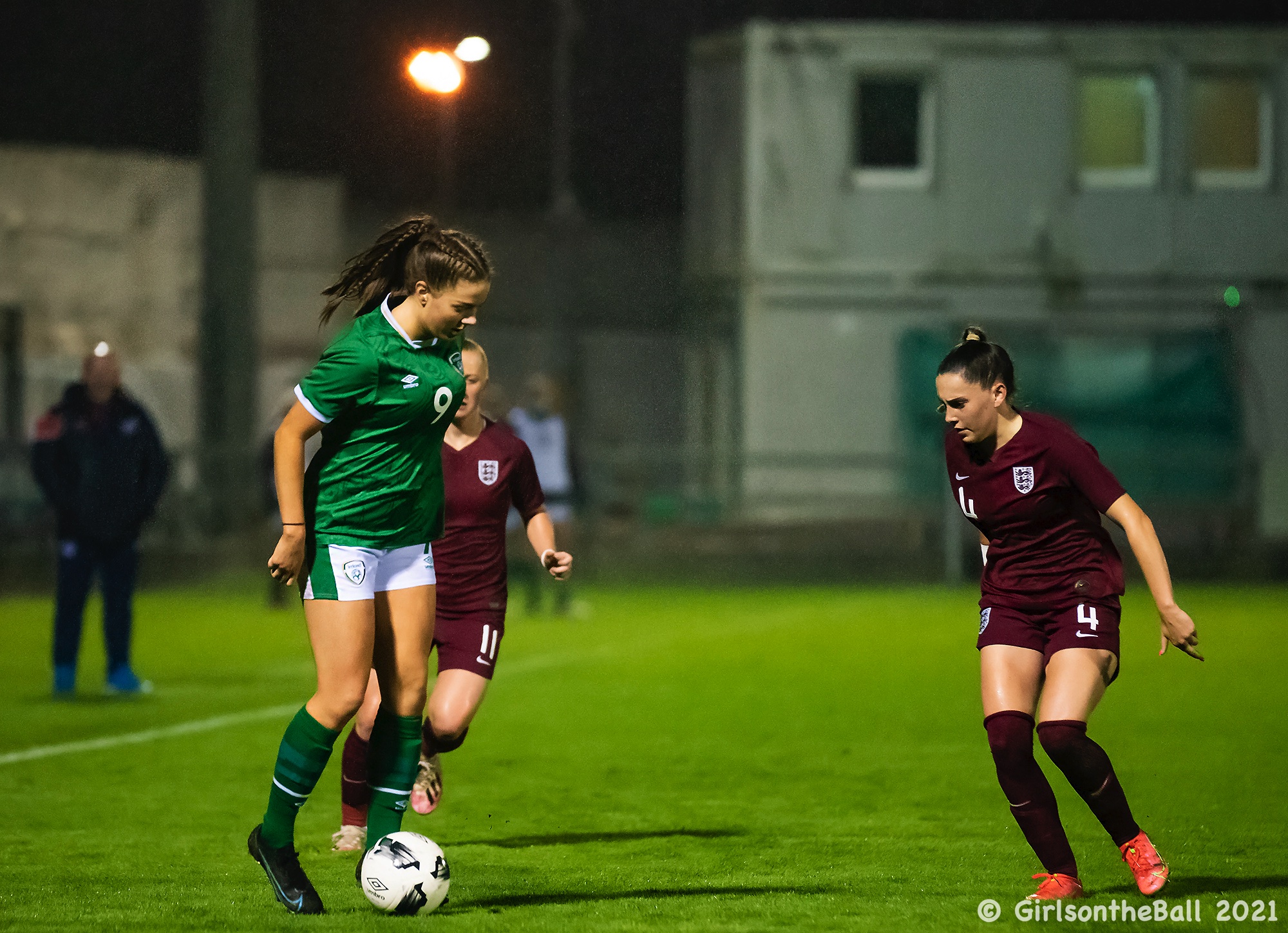 It was the visitors who started on the front foot, with both Gregory and Symonds influential in the opening stages of the game. However, once Ireland settled, they began to frustrate England while proving potent in attack. Molloy predictably was at the centre of it all while the pace of Watkins up front caused plenty of bother for England’s defenders. Kerryanne Brown came closest to opening the scoring before Molloy and then Watkins fired over the bar from distance.

Buoyed by the crowd, the hosts continued their pressure and should have taken the lead after half an hour with a well-worked move. Aoife Horgan weaved in and out down the right before sending it in low to Molloy, who directed her shot over the bar. The Ireland youngster sat there with her head in her hands, knowing how good an opportunity it was.

England had to rely on the superb goalkeeping of Khiara Keating to see them in level at the break. She first tipped a sweetly struck Molloy curler over the bar before denying Watkins one-on-one. It was a player of the match performance from the 17-year-old keeper who rightly earned the praise of her manager after the game: “She was outstanding. And ultimately has kept us in the game and made sure we can go on and win the game.”

The visitors regrouped at half-time and came out improved in the second period. Liverpool’s Lucy Parry took the more direct route early on, beating multiple defenders before sending in a low shot. However, Ireland were always dangerous and Keating was required once again to deny Molloy shortly after Watkins had fired narrowly wide. 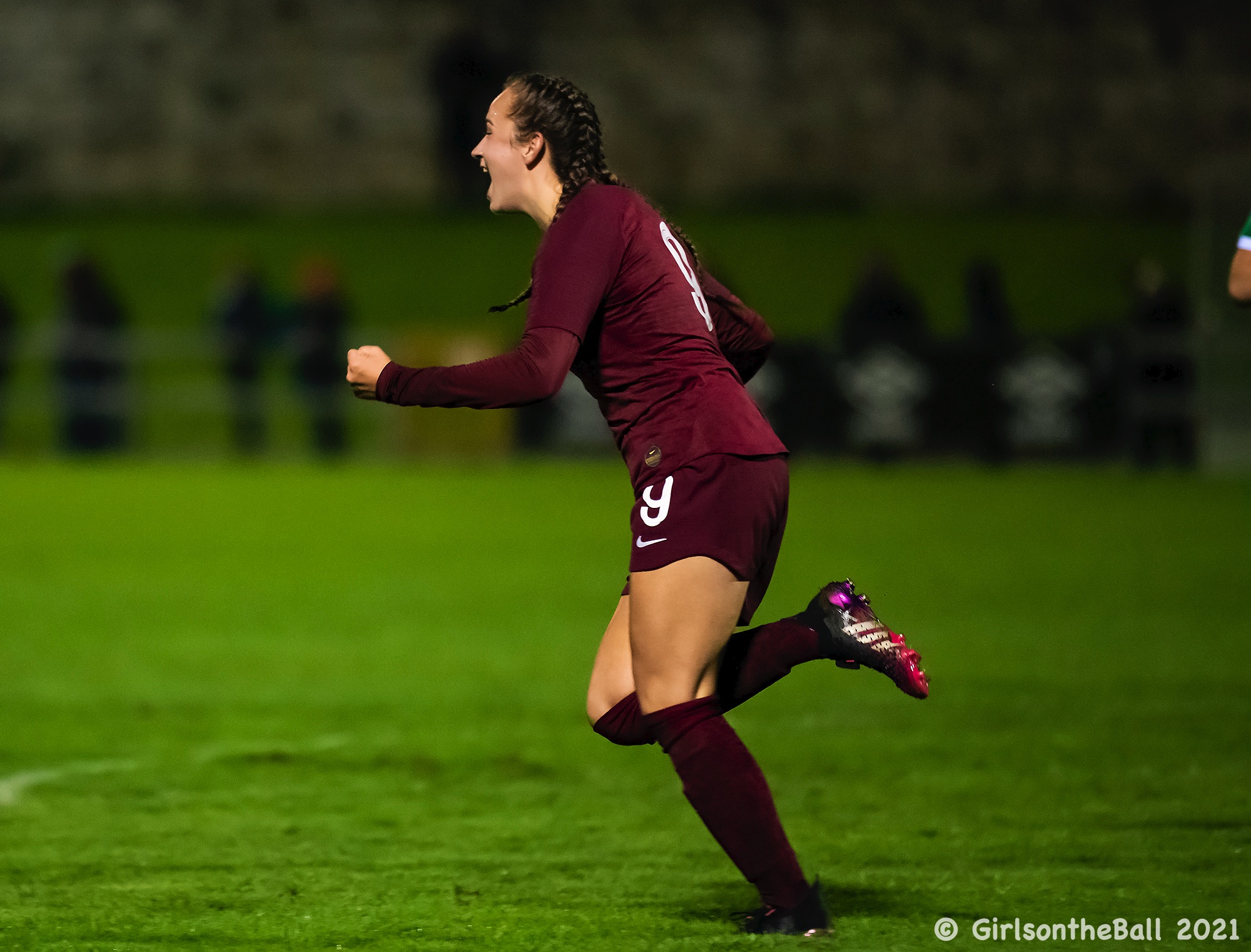 Mid-way through the second half, Davies made her first change bringing on Grace Clinton for Symonds to support England’s attack. The substitution freshened the visitors up a little and they began to mount some pressure on Rugile Auskalnyte’s goal.

With 11 minutes to play, the deadlock was broken in the most unfortunate fashion. Football can be a cruel sport and despite an impressive Irish defensive display, a series of England corners ended as a final Gregory cross was flicked into her own net by Shauna Brennan. Ireland tried to mount a comeback but could not make their pressure in the final minutes count.

It was by no means a pretty victory for the Young Lionesses, but a win is a win as a relieved Davies was keen to emphasise post-match: “I think we’ve won dirty. We’ve taken the points that we’ve needed under difficult circumstances against the home team. The crowd were amazing; under the lights…But we’re walking away with a win and that’s what’s important.” They will go into Saturday’s fixture against Northern Ireland with plenty to build on but with the confidence of being in a strong qualification position and the knowledge that they can stick in there when the going gets tough.