England’s U17s were back in action on Thursday afternoon as they secured a vital win against Belgium in their European Qualifying group.

It was exactly the response and performance that manager Lydia Bedford would have been looking for after Monday’s defeat at the hands of Russia. They played the game with much more purpose, and while unable to kill it off, created a lot more across the 90 minutes.

England looked full of energy from the first whistle and took the game to the Belgians in the opening stages. Barry once again was causing problems down the right flank while Freya Godfrey added extra impetus down the left. Jemima Dahou had the first real shot on goal, her low effort watched all the way by Lise Musqiue. Minutes later, the Belgian keeper had to be alert to a shot from Lackey at point-blank range. 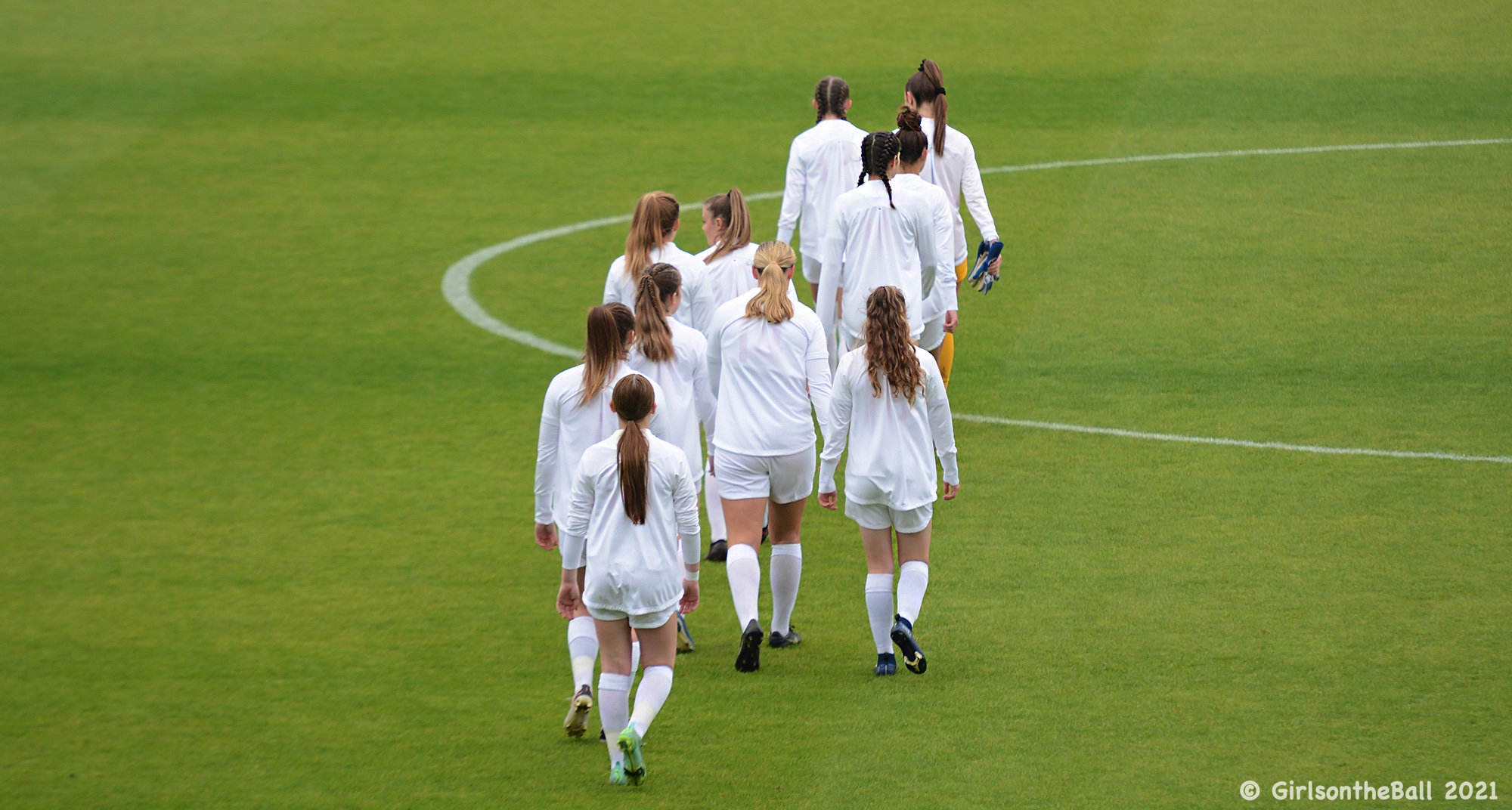 England were getting into their groove, with their movement at times too much for their opponents who struggled to push forward. Thirsa De Meester and her pace were their only real outlet but all too often she was picking the ball up too deep in her own half to make an impact.

Meanwhile, England’s chances kept coming. Musique made another top stop to deny Barry who had burst through the Belgian defence. They finally broke the deadlock on the half hour mark with Lackey sending home a low curling finish after some pinpoint build-up play from Dahou and Keira Flannery.

Conceding seemed to spark Belgium into life a little. Zarah Taillieu had two chances before the half was out, but they were from too far a distance to trouble Grace Pilling in the England goal. 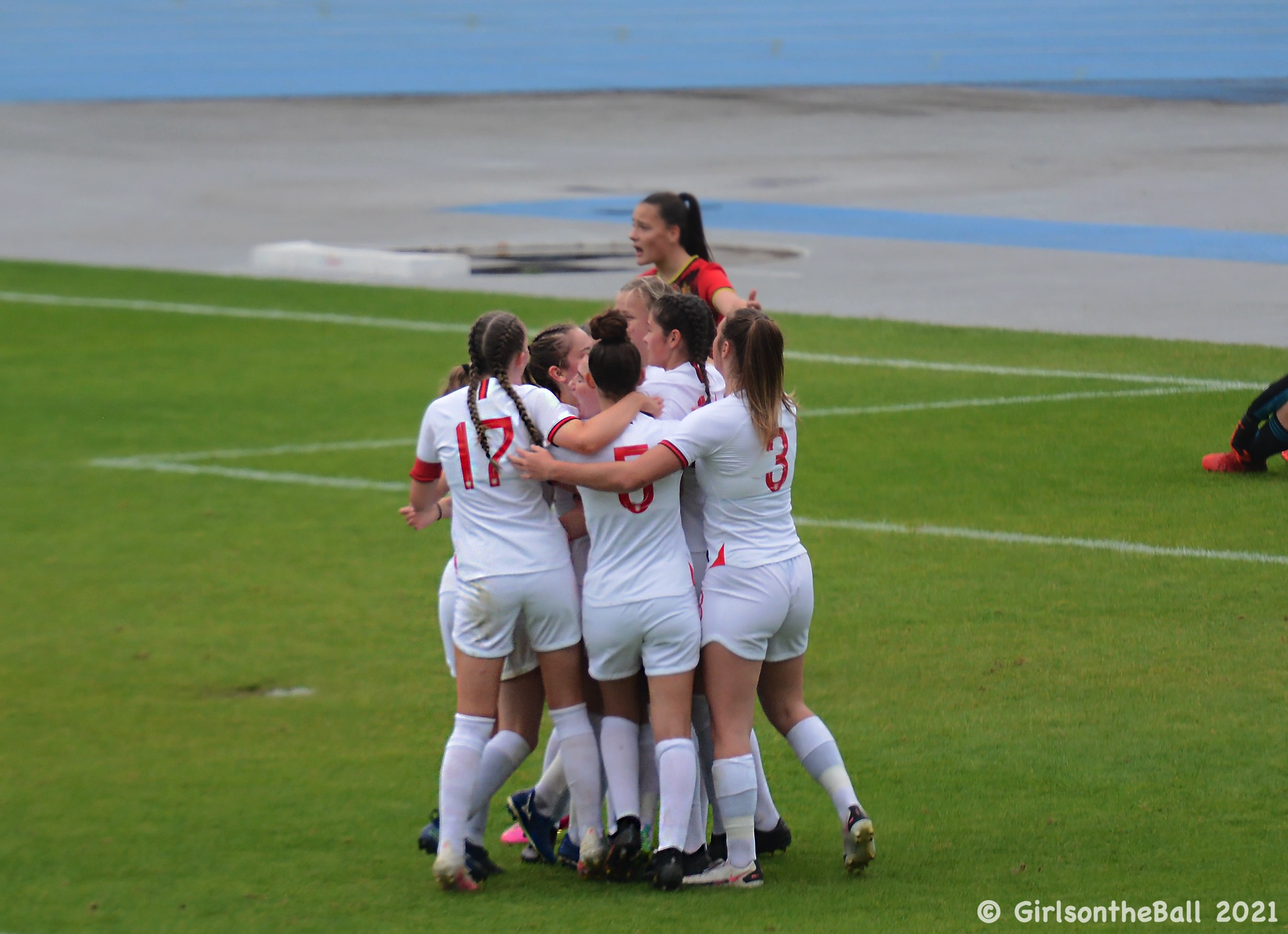 The Young Lionesses began the second half as they had the first and were so close to doubling their lead within minutes of the restart. Musqiue, superb all afternoon, somehow got fingertips to a well-struck Godfrey effort before denying Barry from inside the box.

They were looking a little more susceptible on the break, however. Pilling was called into her first major stop of the afternoon to keep out De Meester’s angled effort before Saar Janssen skimmed the top of the crossbar with a cross-come-shot. But the Lionesses were still looking equally potent up front as Lackey came centimetres away from her second and Simpson crashed a shot off the woodwork.

As the game entered squeaky bum time, and five minutes were added on due to an injury to Barry, Belgium pushed for the equaliser. They came ever so close as Taillieu’s free kick beat Pilling but hit the underside of the bar and rebounded out of the danger zone. It was England’s day and they managed to hold on to a vital victory.

Despite the nervy moments towards the end, it was a much-improved performance from the Young Lionesses to keep them in with a chance of qualification. Russia draw with Poland in the other Group game means there is still hope. They go again on Sunday against the hosts with it all to play for.