Good things come to those who wait. It may sound cliché but in the case of Chelsea, England and now Team GB goalkeeper, Carly Telford, it rings true.

Originally not selected for the Olympics, Telford was a late addition to the squad following an injury to Karen Bardsley. For many this would have been a difficult situation, originally being left out only to be called up late. However, it is testament to her character and team spirit that she was prepared and available to take part. She had already been involved in June’s Lionesses camp and was more than willing to be part of Team GB’s due to uncertainty over Ellie Roebuck’s fitness at the time: “Danny [Alcock; England Goalkeeping Coach] rang me about a week after she got injured and just said, “Look Carls. I’m really sorry. We’ve obviously said you’re not coming to Tokyo, but can you come on a couple of camps for us and just kind of help the group…”. And after 24 hours…I thought “Why not?” As you say, I’m going to help the group. I’m on camp. I can’t help but love the game.”

As a goalkeeper, patience is definitely the name of the game and throughout her career, Telford has had to have it in abundance. She received her first call up for England in 2007 but had to wait until the World Cup in 2019 to make her major tournament debut. She has had to be equally patient domestically for her chances in recent years. But it has certainly paid off, now adding an Olympics to her list of achievements, that include European Championships, World Cups, and a Champions League Final. Telford says she has had to pinch herself at times: “If you had spoken to me about 5/6 years ago…and said, “In five years’ time, Carls, this is what you’re going to have”, I would have been like “You’re joking, right?”…Every competition that I play in, or I am part of, it’s a huge achievement. And when you get to my age in my career, it’s all about trying to be a part of and win as many things as possible.” 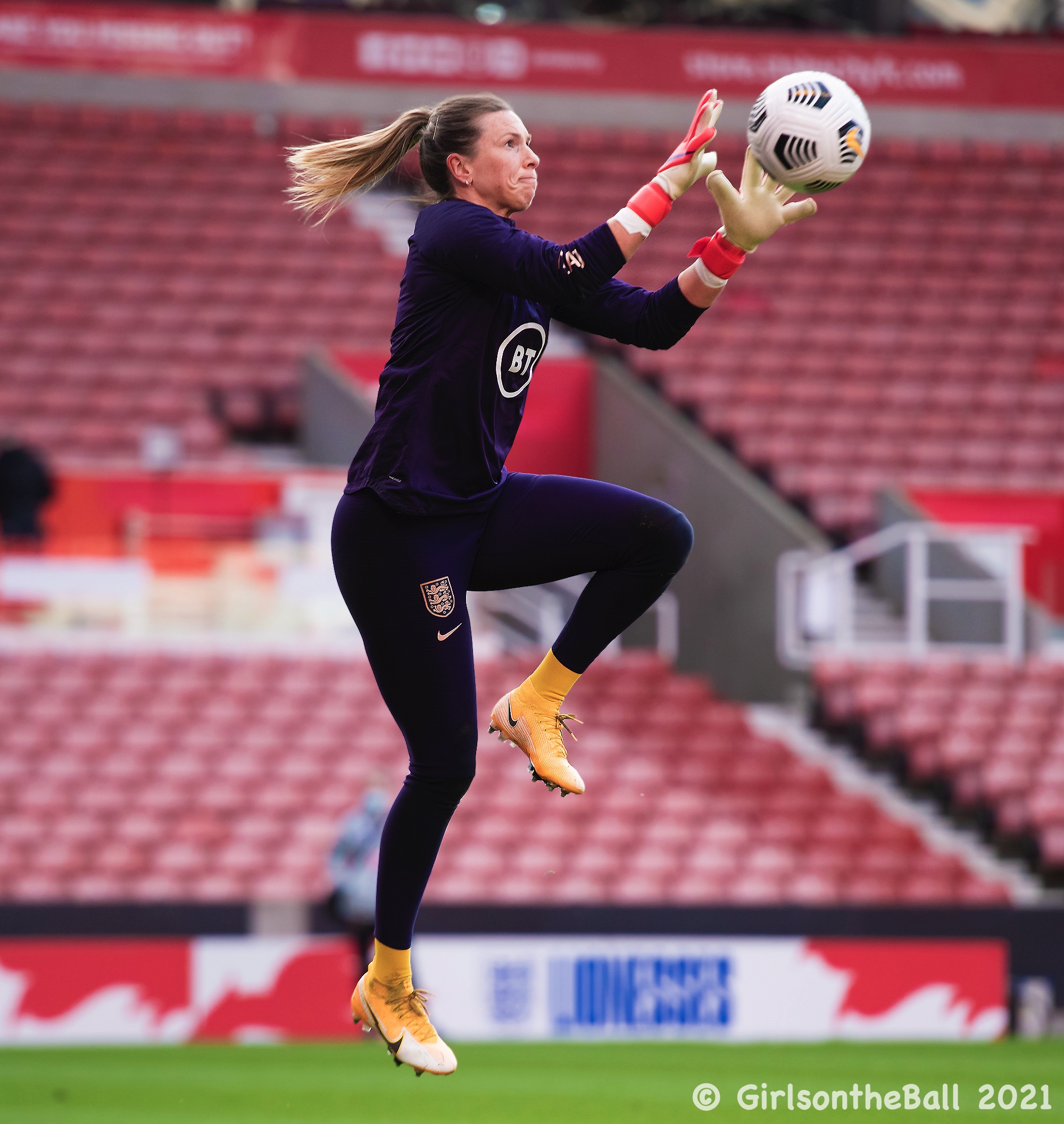 As a result, Telford’s inclusion in the main Team GB squad ahead of reserve keeper Sandy MacIver has inevitably raised a few eyebrows. She has had a handful of appearances for her club, Chelsea, in the last season as she competes with an incredibly strong goalkeeping unit. She has a strong understanding of her situation but feels that her club provides her with a chance to push herself that she might not necessarily find anywhere else: “I have to sit tight and be patient and understand that I’m sitting behind one of the best goalkeepers in the world at the minute in Ann-Katrin Berger. But that doesn’t mean that every day, I don’t work hard, and I’m not prepared to step on the pitch if needed. That’s all I can do.”

In her decision, Hege Riise has gone for experience over youth and a cool head who has been there and done it before. In Telford, she knows she has a player she can trust to handle those tricky situations and has the quality to perform when needed. The environment in Tokyo will be like no other – with the stringent quarantine and bubble measures and the lack of support from family and friends unable to travel. It will require every member of the team to step up and show their character, supporting each other through the highs and lows.

Telford knows the challenges Team GB will face to get out of Group E. She and England have faced Japan and Canada on many an occasion while Chile will be the plucky, hard-to-break-down underdogs. But she also has a deep faith in the team that has been brought together to find harmony and do the job: “We’ve got a really good balanced group in terms of experience and youngsters…I think the mix is fantastic. Obviously, I’m going to say that because I’m here. But at the same time, as I get older and as I go into coaching and think about potentially putting teams together in the future, I think that you do have to understand that it can’t just all be maybe about the best players all the time. You have to think about the group as a whole.”

Telford finished the 2020/21 season with an FAWSL winners medal, a Continental Cup medal and Champions League silver medal. She can now add Olympic athlete to her list of achievements in what has been a season and year to remember. And while things have been tricky off the field, the quality of the women’s game has continued to grow and improve on it. As we see lots of clubs’ social media timelines and brands’ marketing collateral filled with big names in the women’s game – your Kerrs, your Miedemas, your Bronzes (and rightly so) – showing young kids that being a professional football player is an option and something to aspire to, we also need to remember players like Carly Telford, who teach all of us about perseverance, commitment, and hard work. Important attributes in all walks of life. A reminder that role models exist in every area of the beautiful game and Telford’s journey show’s that good things really do come to those who wait.