Just under two years ago, Ella Toone was preparing to travel out to Sweden with the England U21s. The latest Nordic tournament awaited a squad who, under the watchful eye of Mo Marley, were trying to gain all the experience they could as they attempted to make the step up to senior international football.

At the time, Toone was a 19-year-old, enjoying her first season back at her childhood club, Manchester United, in the FA Championship. Fast forward to now, she a United regular in the top-flight of women’s football and secured her first senior cap against Northern Ireland last month. As Toone herself admits, it’s been a whirlwind: “I look back now at two years ago; I think I’ve come a long way. I’ve learned a lot from the players who I’ve been around at club and now at country. I think I’ve always had that ambition and that goal to play for the seniors. So, now it’s about keeping involved and showing what I’m capable of.” 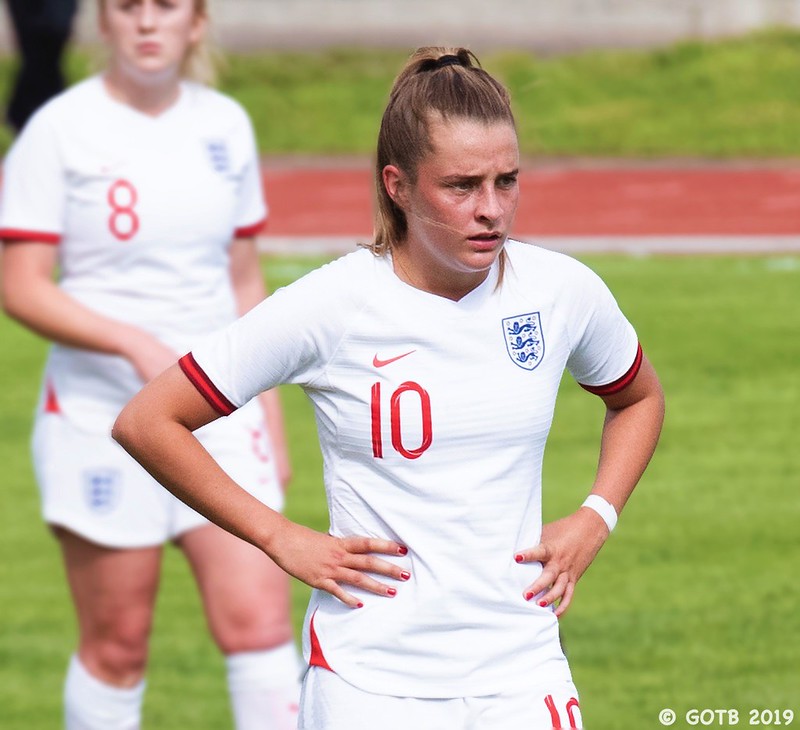 It was pretty clear from early on that Toone was one of those who could make it to the top. A talented number 10, with creativity, game intelligence and goals in her armoury. Following her progress at youth level, her ability was clear as she made over 30 appearances for England from the U17s to the U21s.

Just as she worked through the age groups, she continued her way up through the domestic game. Having left Manchester United’s academy with there being no senior team, she joined Blackburn Rovers where she played in the FA Women’s Premier League before signing a dual registration with Manchester City. With the re-introduction of the Manchester United team, she returned and played an integral part in them reaching the Barclays FAWSL.

While Toone’s career may not have evolved as quickly as the likes of one of her best friends, fellow Lioness and Manchester City star, Georgia Stanway, her progress has been impressive, with her development this season in particular catching the eye. After a bitty first season in the FAWSL, cut short by the start of the Covid-19 pandemic, Toone has without doubt hit the ground running this year. With 19 appearances, she has put in performances that have made her one of the first names on the team sheet, impressing Casey Stoney with her hard work and versatility: “She just goes from strength to strength, week in, week out. She used the lockdown period – she went away and worked really hard on her physicality. Her game intelligence is very good and the way she uses the ball is excellent.” 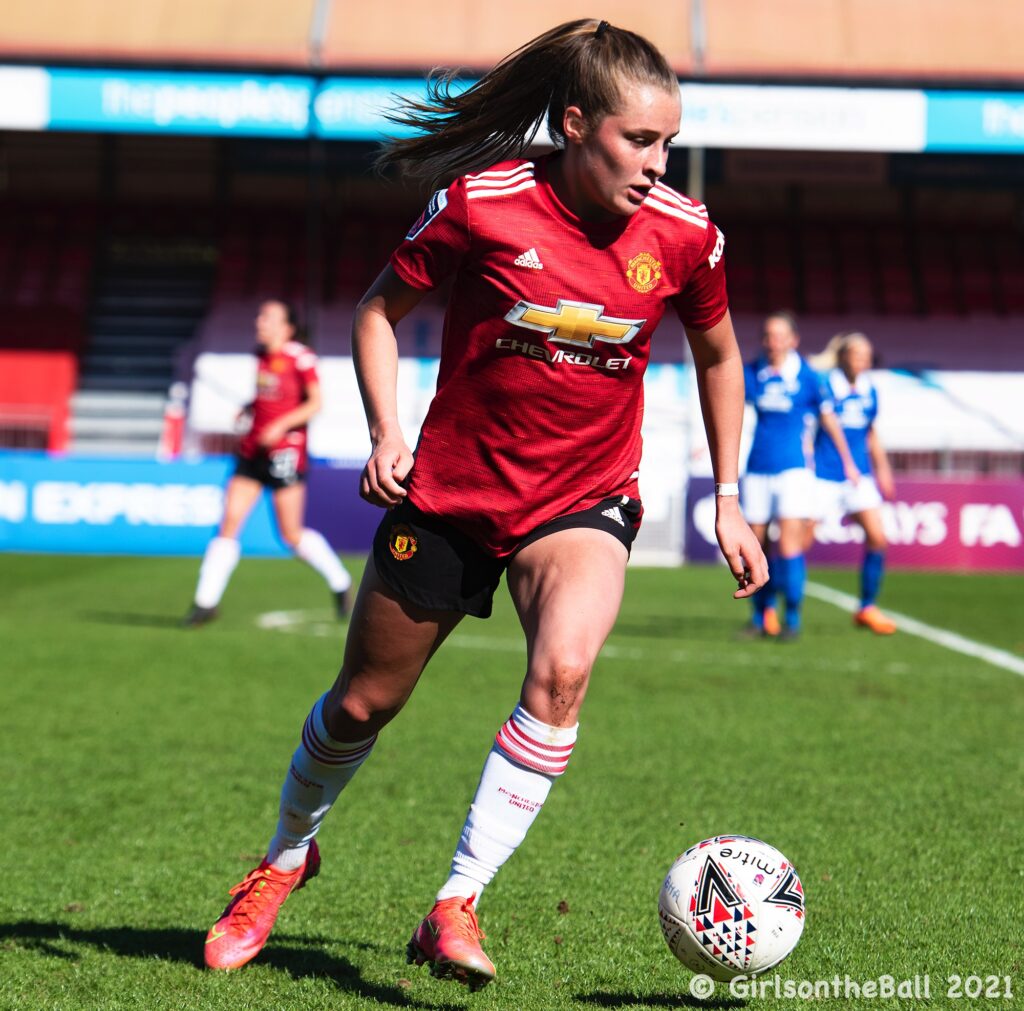 It did not go unnoticed, in particular by Phil Neville who called Toone up to her first Lionesses squad in September. She remained there for Hege Riise’s first camp, finally making her debut as a half-time substitute and marking a strong performance with her first senior goal. It was an eye-catching display for the new England interim manager who was full of praise following the game: “She had a good second half. Her passing, her vision for the game – she made it easy to find the pocket for us for the no. 10 player…I hadn’t seen her that much, but I saw a few games with Manchester United. She is covering the space; she’s always looking to play high and has good passing. She impressed me.”

It couldn’t have gone much better for a player who recounts the occasion eagerly as a moment she will never forget: “I think when you’re younger, you always dream of playing for England and then to score on your debut is a dream come true for me.”

Bigger challenges now await, with France and Canada this week and the potential of heading to an Olympics with Team GB in the summer. However, it is a series of tests that Toone is ready to take in her stride as she looks to cement her spot in the senior setup: “I think because I’m so young and so new to the environment, I just want to come here and enjoy every minute of it and just leave no regrets, I suppose. Every time I come, I want to learn, and I want to show what I’m about. It’s a great opportunity and I’ve taken it with both hands.” 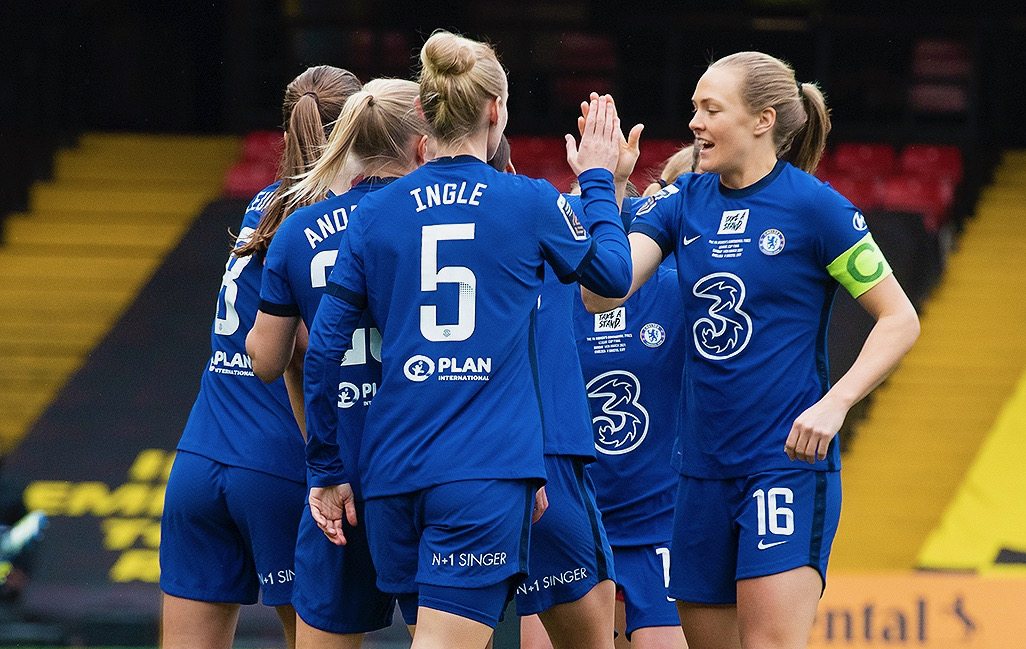 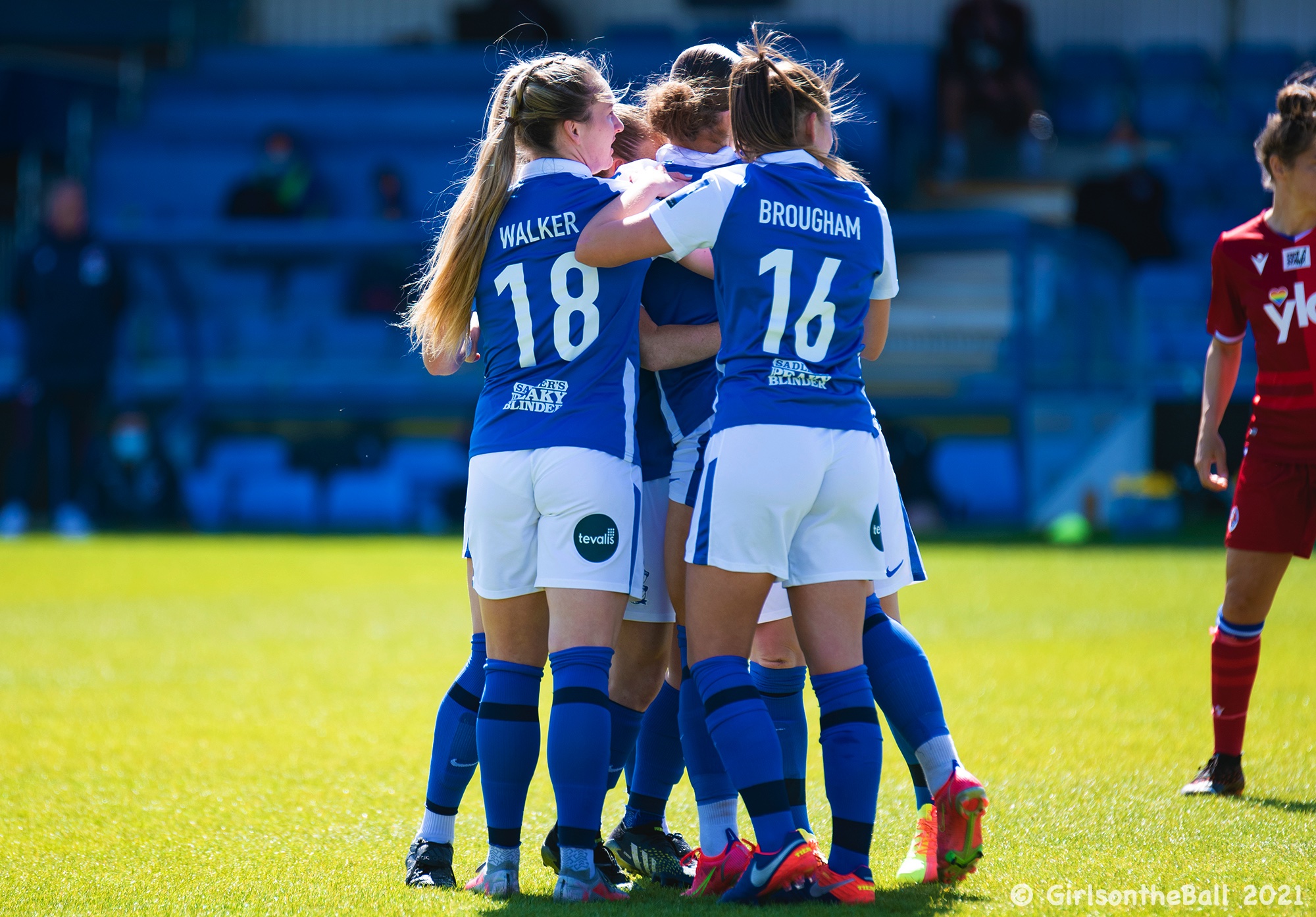