Seagulls all but ensure safety with vital win over West Ham

Amongst the big-name derbies that this set of mid-week fixtures in the Barclays FAWSL presented, there was another game that was of equal importance. As the relegation battle heats up at the bottom, Brighton hosted West Ham in a game that would provide vital relief to whichever side could seal the victory.

After their stunning win at Kingsmeadow on Sunday – one that brought to end the champions’ 34 unbeaten streak – Brighton came into this match full of confidence. Understandably happy with her side from that day, Hope Powell opted to keep it much the same. She made only one change to the starting line-up, bringing in Finnish midfielder Nora Heroum for Emily Simpkins.

Meanwhile, West Ham are in a fight for their FAWSL life, sitting only two points above bottom side Bristol. A 1-1 draw against their nearest rivals at the weekend was not sufficient and they came into this fixture desperate for a win to give themselves some breathing room. Olli Harder equally made one change to his side, bringing in youngster Lois Joel as Adriana Leon dropped to the bench. 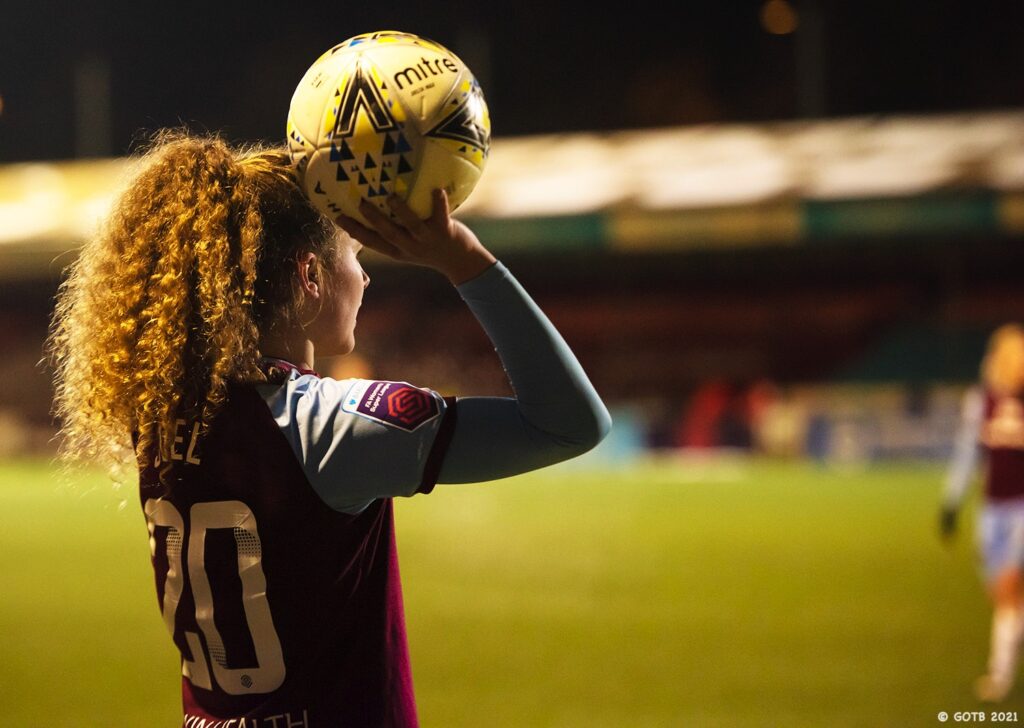 It was below freezing in Crawley as the teams took to the pitch and it took a bit of time for them to warm up – partly due to the weather and partly as a result of the nerves. Brighton were the brighter with Inessa Kaagman’s deliveries causing problems. They had the best opportunity of the opening stages from one such delivery, with newcomer Emma Koivisto seeing her shot well blocked from a good position.

Despite the hosts’ possession, it was the Hammers who came agonisingly close to breaking the deadlock. Laura Vetterlein met a corner with a beautifully flicked volley that beat Megan Walsh in the Brighton goal. However, the ever-consistent Maya Le Tissier had her keeper’s back and was there to head it off the line.

And they were punished for not taking their chance! With half an hour played, Brighton took the lead through a well-worked corner routine. Kaagman’s delivery once again was flicked on in the box and fell to Aileen Whelan to score her second in as many games.

West Ham almost equalised straight away – Vetterlein once again with the chance, this time agonisingly rattling the crossbar with a free kick. Meanwhile, Whelan, having a very productive game in the Seagulls’ attack, almost got her second, firing over the bar from inside the box. 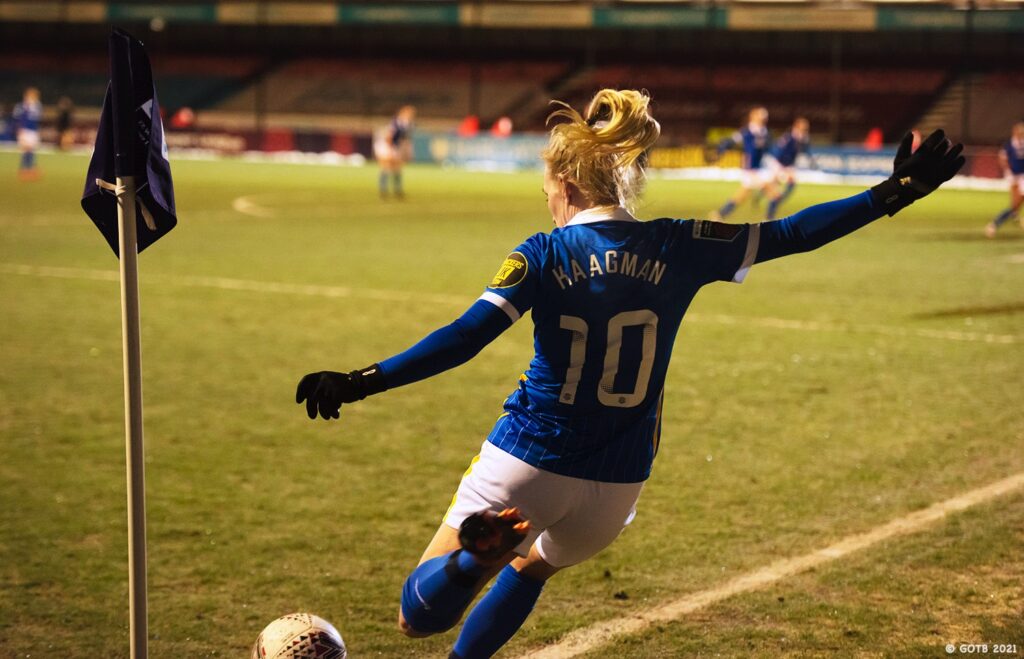 With the temperature dropping a couple of degrees for the second half, West Ham tried to get themselves firing but just could not find a shot on target. The Brighton defence were equal to all their deliveries into the box and produced the better chances. Both Whelan and Megan Connolly tested Mackenzie Arnold before another dangerous Kaagman cross was left crying out to be turned home.

With five minutes of injury time announced, the visitors tried to up the pressure but to no avail. A disappointing performance in many respects from a side who, struggling creatively, find that hole getting slightly bigger with every game.

For Brighton, the back-to-back victories have changed the picture for them very quickly. Ten days ago, defeated comfortably at Bristol, there would have been some concern about the turn the season was taking. But six points from the last two games has flipped everything on its head and they are now all but assured of safety. They are a team that have often flown under the radar, but the progress that Hope Powell has made in the last couple of seasons is becoming evident. The Brighton project was never going to happen overnight and, inevitably, there have been a few blips. However, they recruited well over the summer and now have a solid squad that is moving in the right direction and with the results to prove it.