This weekend’s Barclays FAWSL action started with a potentially significant fixture at Twerton Park as the relegation battle gathers pace. Brighton travelled to Bristol, sitting seven points over the league’s bottom side but well aware that in football the tide can turn very quickly.

With two weeks since their last fixture – a 4-0 defeat at the hands of Everton – Bristol had squad options at their disposal, something that has been somewhat of a rare occurrence this season. Matt Beard was able to bring Jasmine Matthews back into the defence; her leadership qualities clear for all to see. There was also a return from Covid-19 isolation for the integral Sophie Baggaley, Carla Humphrey and Jemma Purfield, while Molly Pike, signed on loan from Everton in mid-week, went straight into the midfield.

Hope Powell made two changes for the Seagulls from their goalless draw against Birmingham the previous weekend. Victoria Williams replaced Danique Kerkdijk in the backline, partnering Maya Le Tissier in centre defence. Beth Roe set up at left back, with Nora Heroum dropping to the bench, while Kayleigh Green took up the right back role.

It was the hosts who roared out of the blocks, full of energy and a confidence that has been lacking so far this season. They pushed Brighton from the whistle and went ahead in spectacular fashion with just three minutes on the clock. It was Yana Daniels, placed out on the left, who popped up with a rocket from 20 yards that dipped over Cecilie Fiskerstrand and into the Brighton goal. A definite goal of the season contender. 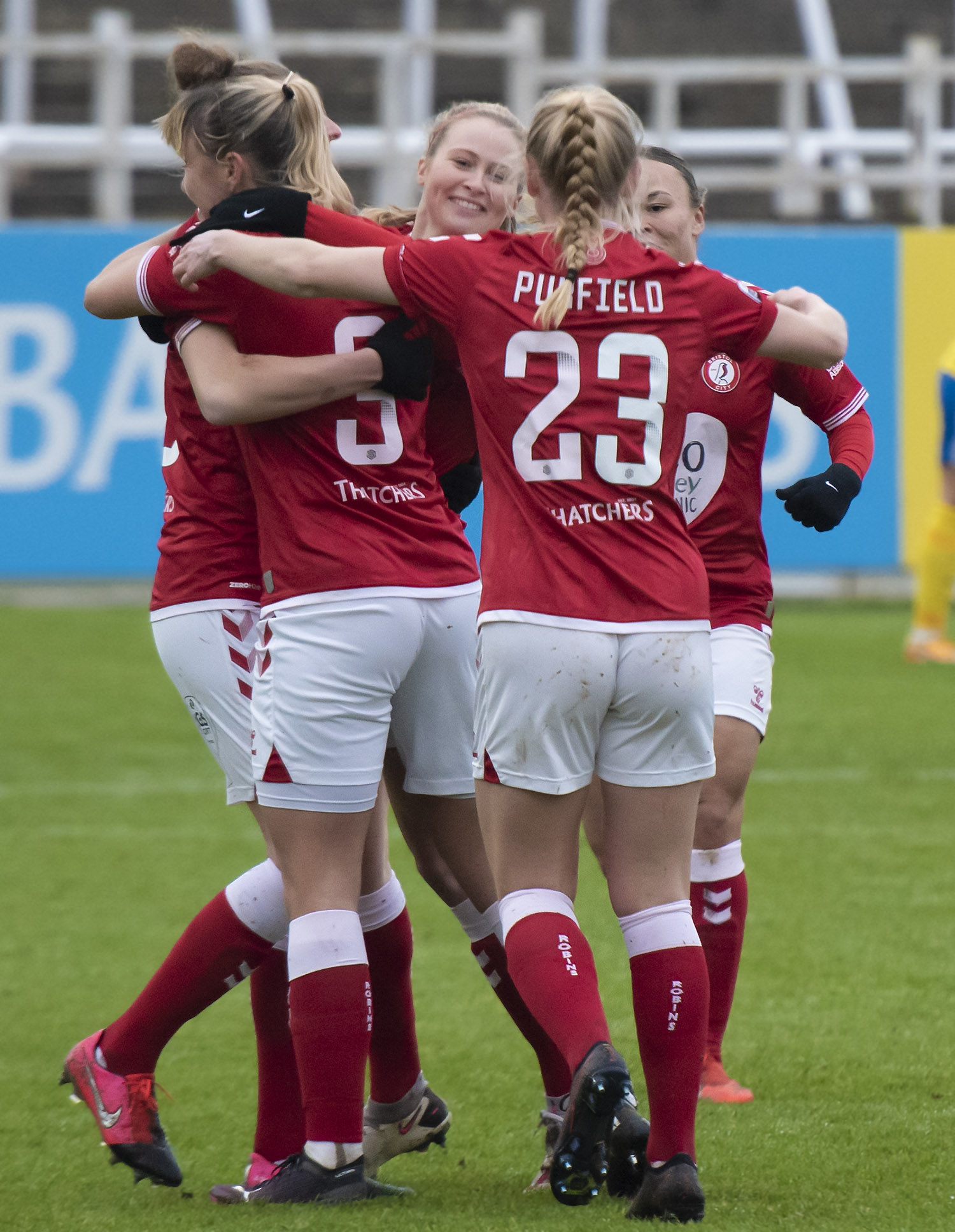 Sometimes scoring so early can be more of a curse than a blessing but Bristol kept up the pressure with strong pressing play and a series of corners. Even when the visitors did go up a gear, they seemed unfazed by the pressure and dealt with everything that was thrown at them. There were chances for Rianna Jarrett, Green and Ellie Brazil but a combination of Baggaley in goal and defensive bodies, in particular Flo Allen’s, stood in the way of progress.

In the 34th minute, the hosts struck again. With possibilities lacking, Matthews opted for Route 1, sending a long ball down the channel to the ever-energetic Ebony Salmon. Fending off Le Tissier, she turned on the pace, of which she has plenty, and broke into the box to fire home. It was a trademark goal for the England youngster who is enjoying a rich vein of form and showing the potential that has been obvious over the last couple of seasons.

The second half started with Brighton in possession, but they continued to struggle to create clear-cut chances. Down the other end, however, Bristol were still dangerous with Salmon coming very close to her second. She didn’t have long to wait. When Victoria Williams handled Purfield’s cross in the 59th minute, the number 9 stepped up to dispatch the subsequent penalty.

Powell rang the changes bringing off Jarrett for Kerkdijk to shore up her struggling defence. This allowed Le Tissier to take up her more customary position on the right while Green moved up front. Emily Simpkins also arrived, bringing a stronger attacking threat to the middle of the park with her influence on play. Any hope they had off getting back into the game was shattered when Green saw the red mist descend, stamping on a grounded Daniels. It is not something we thankfully see often in the women’s game and she was duly given her marching orders. 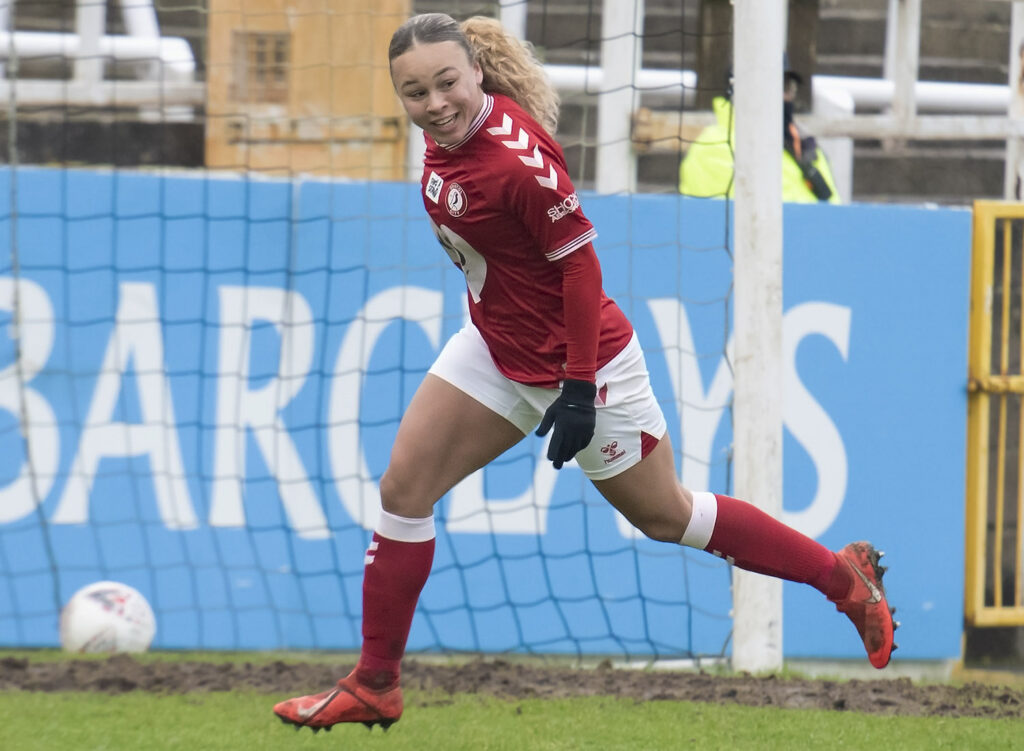 With that the game drew to a close, but not before Salmon almost got her hat-trick (denied by the post) and made a goal-saving clearance off the line. It was a player of the match performance from the young forward who impressed everyone, including her manager: “Ebony is an exceptionally talented player. I’m loving working with her. She’s going to go to the very top; let’s not muck about here. She’s not just off the shoulder and beating players for pace, she’s got a lot more to her game. Working with her very closely and seeing that, it’s great to see.”

It was a huge boost for the Robins. Their young side has been showing glimpses throughout the season but have, since the turn of the year, been looking more productive. Beard was full of praise for the squad’s attitude in the last few weeks: “They’ve been a pleasure to work with. They’ve been a breath of fresh air to be perfectly honest with you. I’ve loved every minute of being in here and working with the group…They deserve the credit, more so than me, for taking everything on board and expressing themselves.” Their first league win of the year saw them notch five points on the board. Both West Ham and Aston Villa will be looking over their shoulders nervously as the pressure hots up at the bottom end of the table.

Chelsea extended their unbeaten run to 33 games with a 4-0 win over a resurgent Tottenham Hotspur. Melanie Leupolz scored twice – one an absolute screamer – while a McManus own goal and Sam Kerr header added to the score.

Manchester United kept up the pressure at the top of the table with a 2-0 win over Everton. Ella Toone scored her sixth league goal of an impressive season to date while Christen Press also got on the scoresheet. Jill Scott, making her second debut for Everton, reached her 150th Barclays FAWSL appearance.

Aston Villa’s game against Arsenal was postponed due to a waterlogged pitch.

Meanwhile in the FA Championship, Blackburn Rovers rescued a point against struggling Charlton. Rachel Newborough gave the hosts the lead from the spot, but Elise Hughes hit back in the second half to share the spoils. 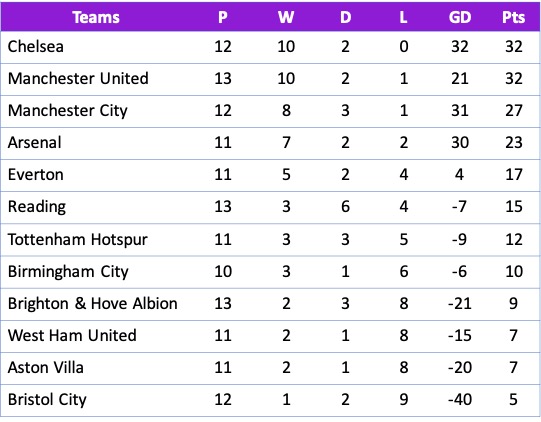 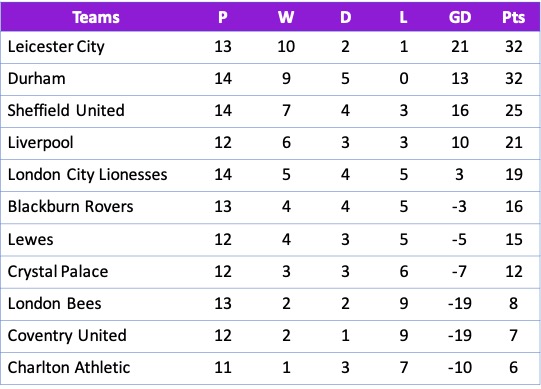 England U19 show relentless side against Norway in Euro opener

England U19 show relentless side against Norway in Euro opener Jun 28th, 2022

Wiegman focused on task ahead of Netherlands challenge Jun 24th, 2022

Decision day for Sarina Wiegman and her Lionesses Jun 15th, 2022