The magic of the SSE Women’s Cup returns this weekend with eight Fifth Round fixtures.

It is an extra special weekend for Chichester City Ladies. Having achieved promotion last season, they are enjoying life in the FAWPL Division and have had a strong Cup campaign. They now look forward to a tie against FAWSL 1 side, Liverpool, and the chance to make history and proceed into the quarter-finals of the competition.

This week, we caught up with club captain, Emma Alexandre (EA), and manager, Matt Wright (MW), as they look forward to a huge game and tell us about the impact the club is having on the local community.

GOTB: So it’s a big game for you on Saturday. How are you and the team feeling ahead of the match and how have the preparations been going?

EA: We’re very excited and are really looking forward to it. All the girls are absolutely buzzing; they can’t wait for this test and to do the best that they can and put on a show for everyone. Everything has been going brilliantly. We work hard week in, week out with training but preparations for this game could not have been any better. I think we are completely ready for the challenge ahead.

GOTB: How would you sum up your FA Cup run so far?

EA: It’s been exciting! I think to be able to go up against C&K Basildon and come out from there with a win was incredible. We fully deserved that victory as well; we outplayed them on the day. And then going to TNS which was another great game of football and obviously exciting again having to play for penalties. I think the girls dug in deep and that’s what made it even more special to get through and get rewarded with Liverpool. 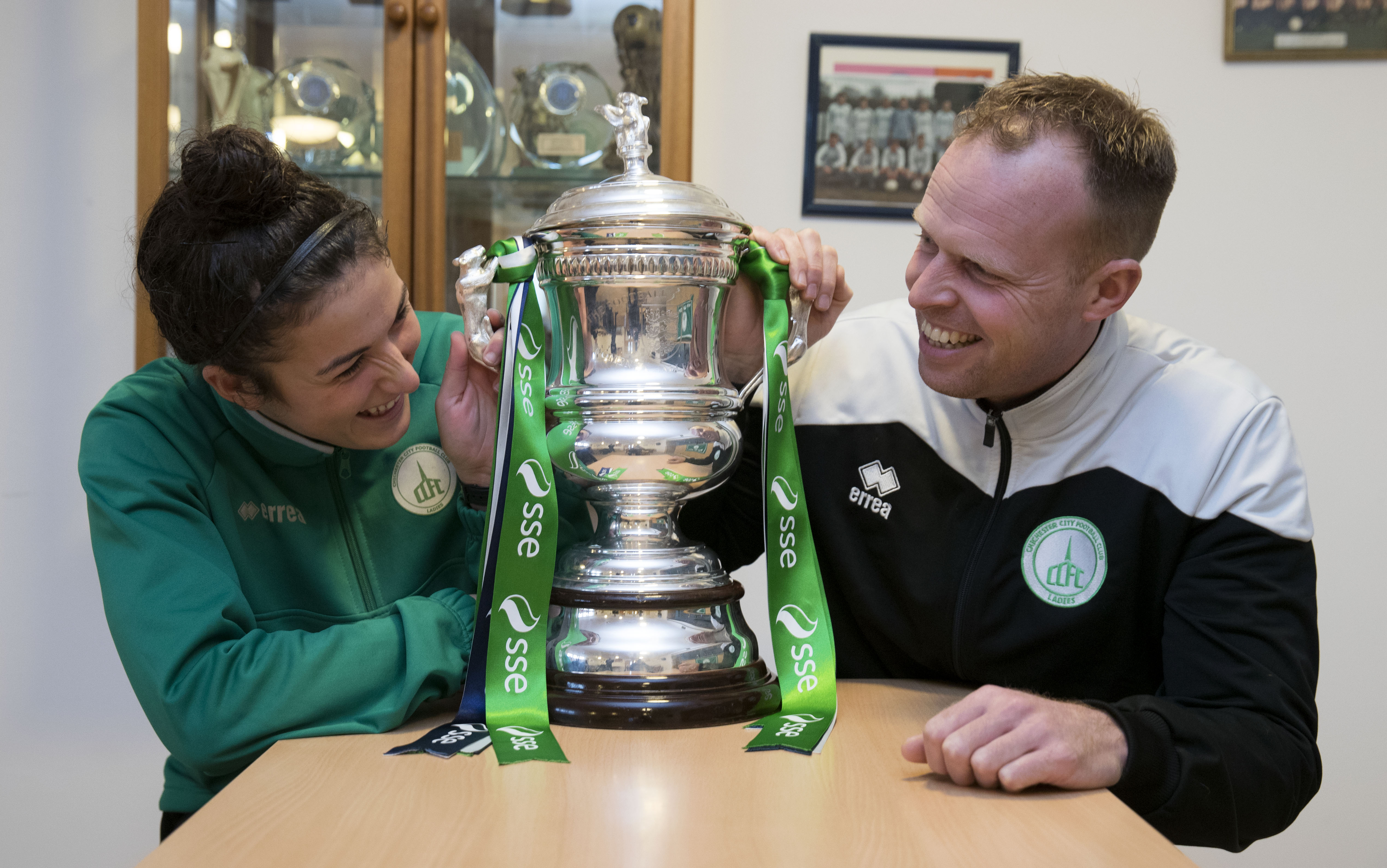 GOTB: How much does it mean to see the club play at this stage in the competition and be able to pit themselves against a FAWSL 1 side?

EA: It means the world! I think Chichester have, for a very long time, deserved to be in this position. Everyone works hard on and off the pitch and it is one of the few clubs that is made up of volunteers. It is so nice for everyone to be rewarded for that. And it’s just exciting, isn’t it? It’s not often you can say that Liverpool are coming to Oaklands Park. It’s fantastic!

GOTB: Has there been a buzz around the local Chichester community ahead of the game?

EA: Definitely! The whole community is just going to come together and support us. I think that is what it is all about really. I think Liverpool will be a bit shocked really to see how much our community can come together.

MW: I actually took a job a Chichester College and got put in charge of the female team there. We were looking for a league team and I spoke to Chichester City and they asked me if I would come in and manage them as well. In my first season the big game was against East Preston. It’s a bit different a decade on and facing Liverpool in the 5th Round of the FA Cup. Things have definitely progressed forwards over those last 10 years. 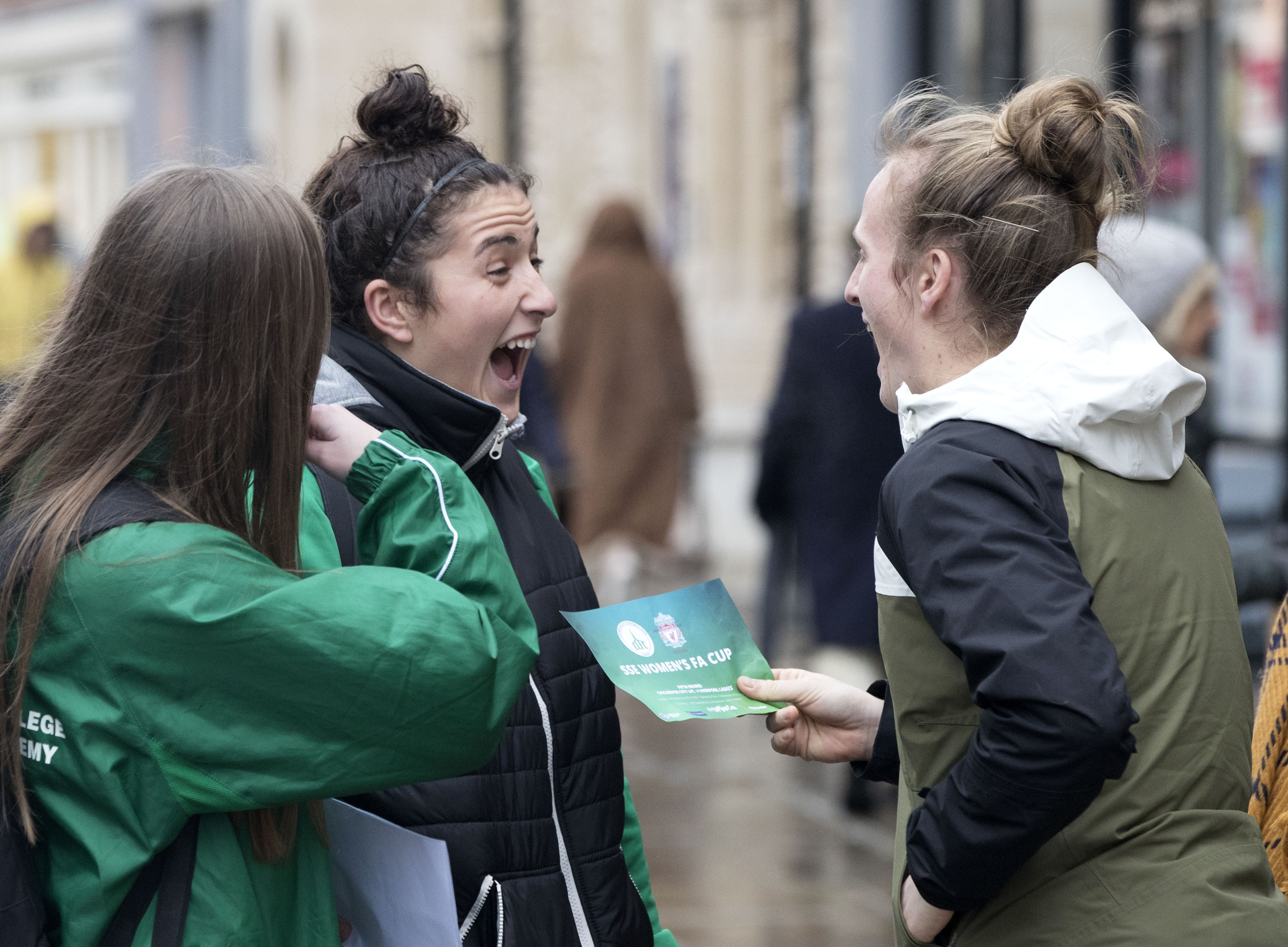 GOTB: The club has grown in numbers over the years. How has the setup changed during your time at the club?

MW: We are really fortunate with the quality that we have got right through the club. We set up straight away and lots of the girls that still play now were at the college and they volunteered and went to coach in the local community. That was part of the drive to set up our youth system which now boasts eight different teams. So we’ve really gone from one team to a huge setup now which is the envy of most clubs in Sussex.

GOTB: You had a brilliant season in Division 1 last year and have had a pretty solid season at the next level. How would you sum up this season so far?

MW: I think we’ve kind of exceeded most people’s expectations. We have already surpassed our points target for the season so we’re really happy with how we’ve done. The big thing for us is that we have turned over a couple of the bigger teams in the FA Cup and in the league which really sends shockwaves through the division. And we’ve been consistently good against the opposition that we should be competing with. Our resources are outweighed by any other club’s so any result really should be a little bit of a shock. But we’re now in a position where people look at us and think they’ve got a game on whenever they come to Chichester. I don’t think that was the case when we first got promoted; I think people thought we would roll over and may be get relegated. Now we’re showing we can hold our own in this division and we’re only really going one way.

GOTB: What are you ambitions for the club over the next few years?

MW: Certainly, for as long as I’m at the club, we’ll be moving forwards. The day we stop moving forward will be the day that I step down. We’re currently sitting in mid-table in the FAWPL; certainly, next season, we’d like to be competing in the top half of the table. That will be our ambition with our Reserves moving up levels as well. We would like to align ourselves for FAWSL promotion, probably within the next two or three seasons. We’d like to get ourselves in a position off the pitch and on the pitch where that could be achievable. I think that must be a target; if you’re in the league and that’s not a target, I don’t really know why you would be in the league to be honest so we will certainly be looking to push onto the next stage if we can. 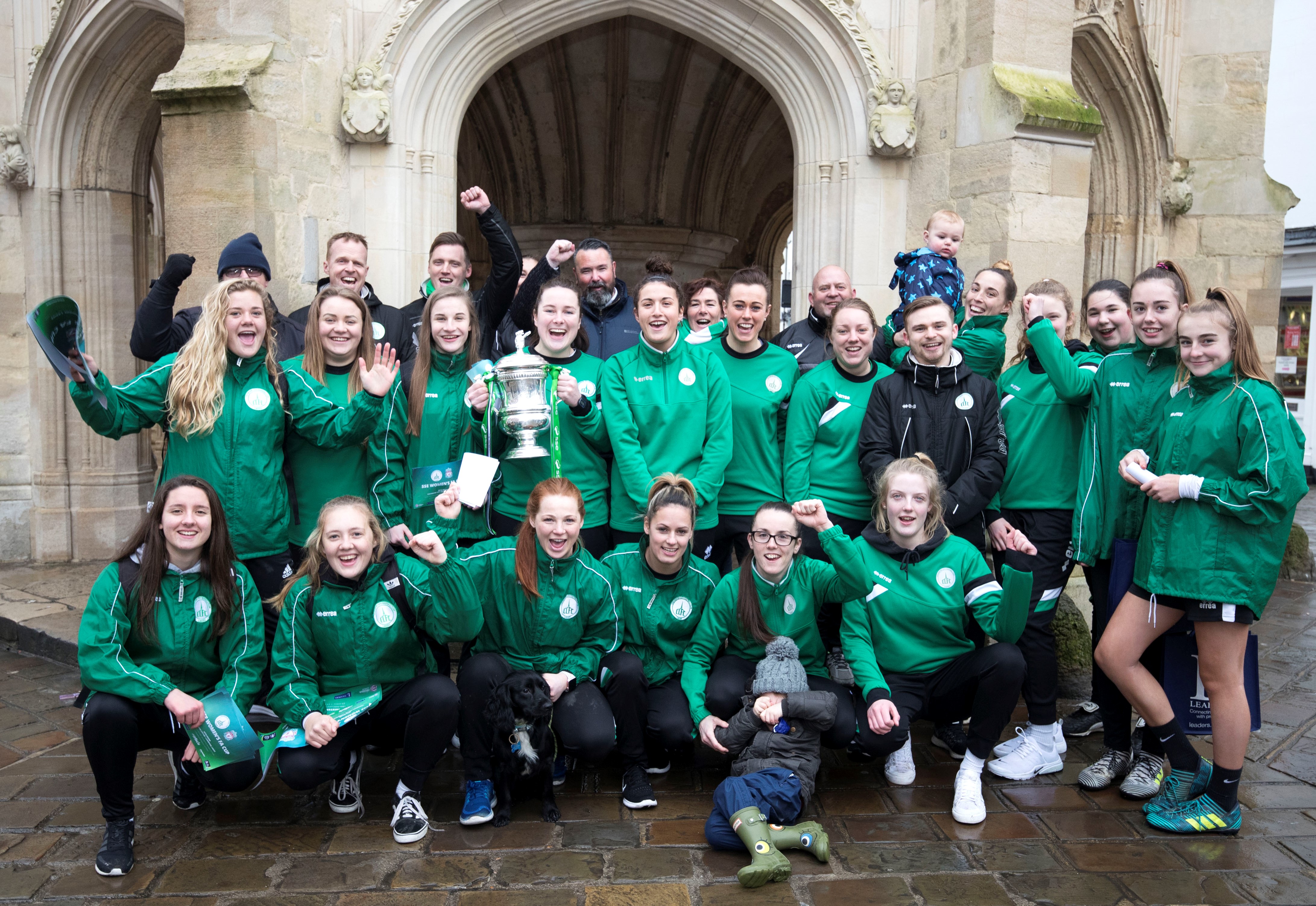 GOTB: Emma, as club captain, what has been your favourite moment in a Chichester shirt?

EA: That is a tough one! Obviously last year was such a fantastic achievement, to win the league and come into the Premier Division. I think we have deserved it for a while now and to actually do it was absolutely one of the highlights of my career in a Chichester shirt. But if I am honest, one of the biggest has got to be winning the Sussex Cup against Brighton. I think that is where we started to turn heads a bit and people thought “Hang on! Chichester mean business.”

GOTB: And the links with Chichester College have strengthened even more over the last years with the launch of the Academy? Emma, can you tell me a little bit more about your involvement as a coach?

EA: Yes! Luckily, I’ve been given the opportunity to coach the Academy girls there and I went to college there as well. The system that Matt has built is just incredible. If you look at the players that play for us now, a lot of them have come through that system and I think every single one of them would say that they are better having come through that system.

GOTB: And do you now see a better pathway for young girls who want to play the game and progress through the age groups?

EA: 100%. When we set up the youth system, that was our aim. We’ve got that now. 2 or 3 players in our First Team have been with us since they were 10-12 years old. You can see the girls that join us now at under-11 are little mini Greens; they’ve got a pathway and they stay with us through the ages and come into our Academy system. We really are a one club ethos; for example, we had our First Team manager and coach come and train our Under 13s; I just think that’s special. 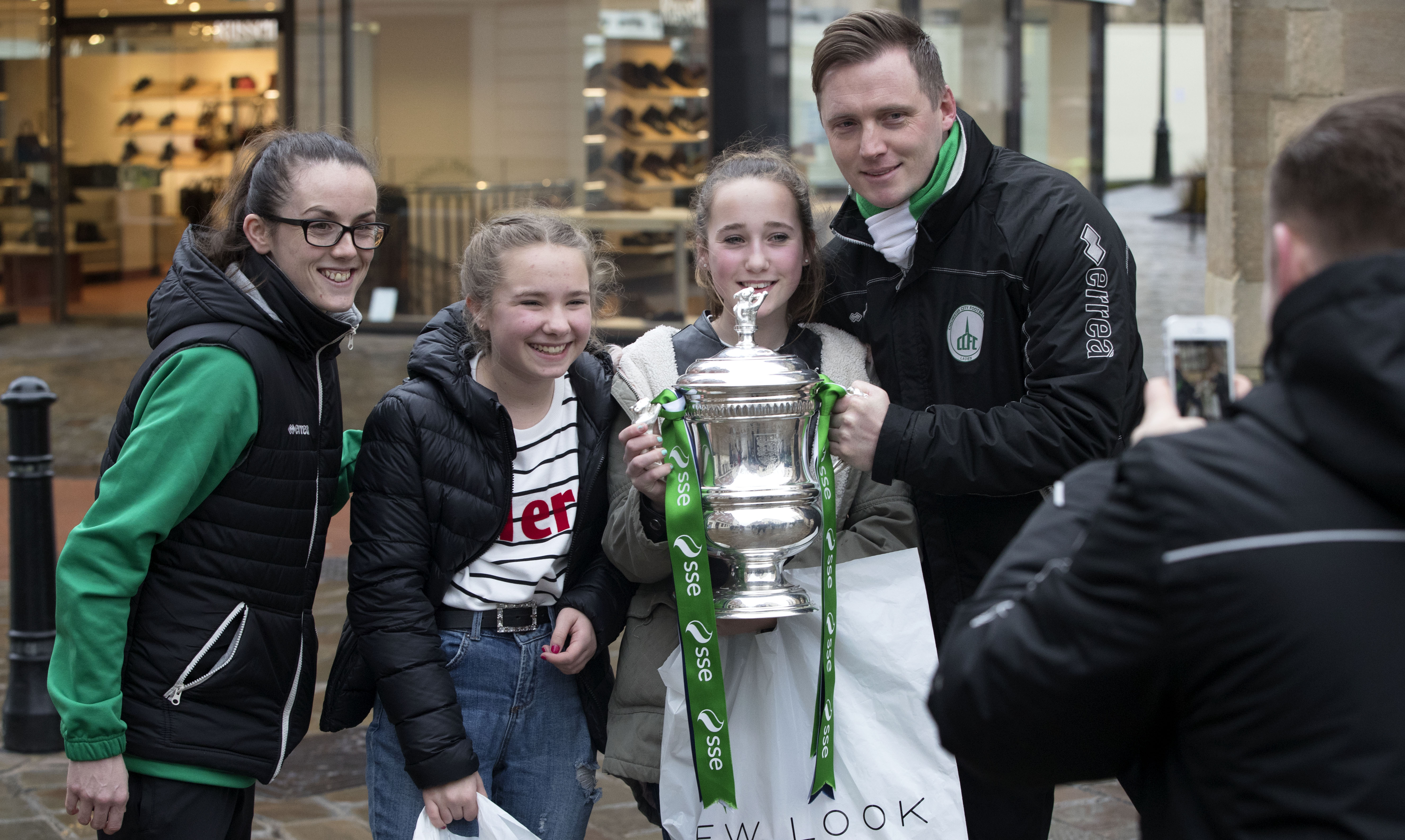 GOTB: Have you noticed a spike in interest around Chichester over the last few years?

GOTB: And finally, what would your piece of advice be to any young girls looking to get involved in the game?

EA: Do it! If you want to get involved, do it and find the right club for you. There are so many opportunities now so get yourself along. I mean we at Chichester offer opportunities for girls who just want to have some fun or if they do want to take it seriously, we offer that as well. So just give it a go.

You can see the whole list of SSE Women’s Cup Fifth Round fixtures here.

The draw for the Quarter-Finals will take place from 08.10 on Monday 19th February. You can follow it LIVE on BBC Radio 1 Xtra.

The SSE Women’s FA Cup Final will take place at Wembley Stadium connected by EE on Saturday 5 May, 2018. Kids go free and tickets available on www.thefa.com/tickets.