500 days to go! Euro 2021 is starting to become a very real and exciting prospect. Sitting in Wembley earlier this week, listening to the plans for the tournament, it was hard not to be enthusiastic about next summer’s competition.

The 13th edition of the European Championships, taking place between 7th July to 1st August 2021, will be held in 10 venues across the country. With over 700,000 tickets on offer, it promises to be the biggest one to date. Starting at Old Trafford in Manchester and finishing at the iconic Wembley Stadium, the stage will be set for the 16 teams to perform and hopefully propel the women’s game to another level, not just in this country but across the continent.

Hosting a major tournament is a privilege and an opportunity not to be underestimated. It will create memories for the players and fans that will last way beyond the three weeks of action on the pitch. The Netherlands are a prime example of the positive impact it can have on the game. Having seen first-hand, surrounded by an orange sea, how a tournament can change the perception of a team and a sport, you can only hope for that to be replicated. Speaking to Jordan Nobbs, it is clear the impact that that has had:

“The Dutch girls [at Arsenal] say that the likes of Sari van Veenendaal and Shanice van de Sanden can’t walk down the streets in the Netherlands without being recognised and spotted. That’s incredible to hear and we want to take the game to that level as well – not just as celebrities but as role models. We want to be a part of a legacy.” 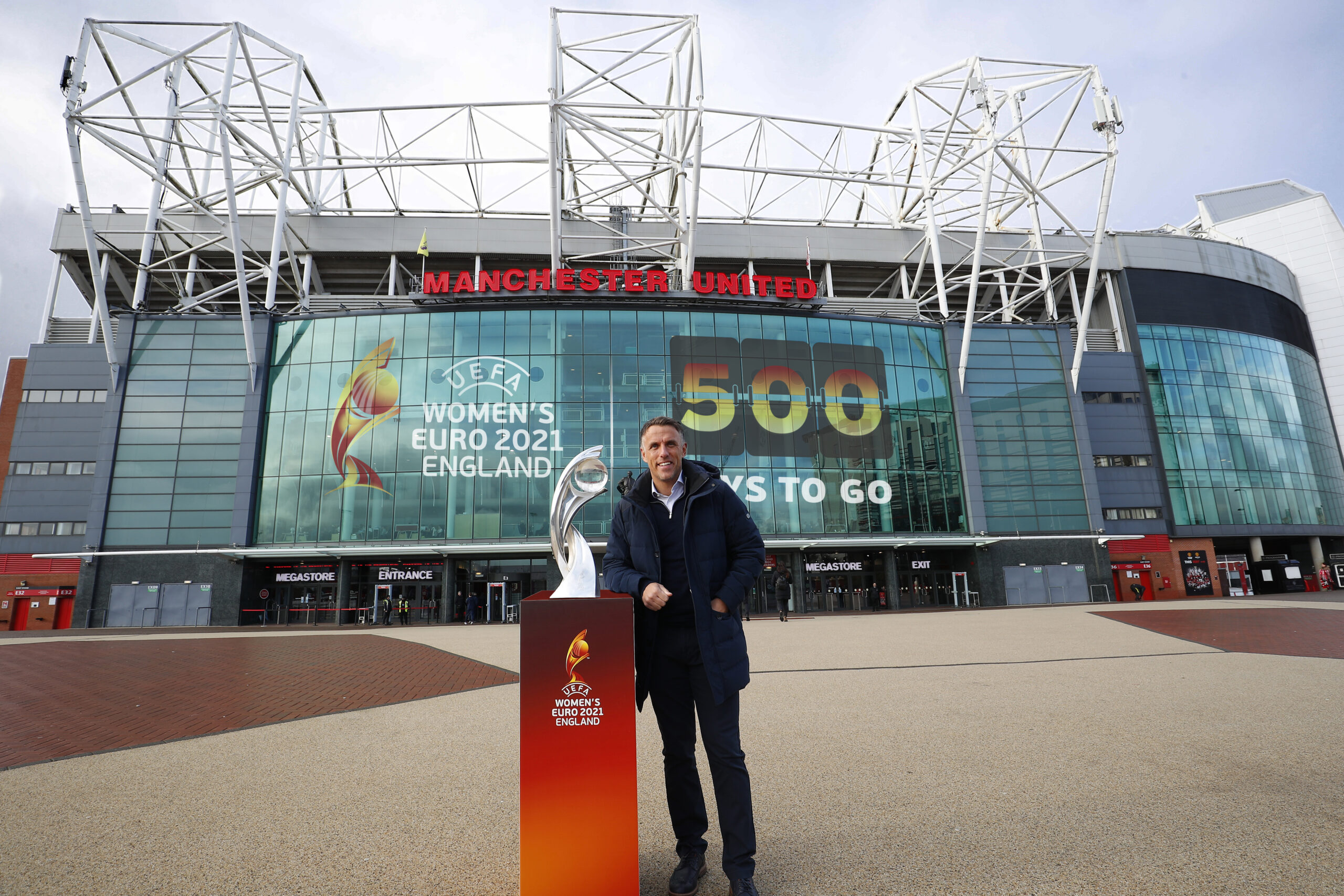 The announcement of Old Trafford as the opening venue for the Lionesses and the tournament is a real statement of intent from the FA. With a capacity of 74,879, Euro 2021 could break the attendance record for a European Championships that currently sits at 41,301 for the 2013 Final in Sweden. The Theatre of Dreams is an iconic venue and one that both players and fans from all over the world aspire to visit. England manager, Phil Neville, had plenty of praise for the choice of venue:

“I think we should all be proud of the work that’s being done. It is a brave and correct decision by the FA. To say the game has gone so far, so let’s take it to a bigger place. I think it will be one of those occasions you will remember for a long, long time in your career.”

With the infrastructure at its fingertips, England has the stadia to provide the right foundations, but it will also need close partnerships between the FA, local governments, stakeholders and competing nations to make it a real success. Baroness Sue Campbell was very clear about what the aims were for the tournament and the legacy that could emerge if it is successful:

“What we hope for the tournament is that we raise the bar yet again for the women’s game in England. We want to lift it to get more fans watching, more women playing, more women coaching, more women refereeing, an outstanding Women’s Super League that is the best league in Europe, and most of all the grounds we’re playing in are fantastic. We’re really excited. We’re most grateful for the opportunity and we’re not going to let it pass us by.”

The countdown to Euro 2021 is well and truly underway. Not only are the Lionesses working hard to get themselves in the best place for success but so too are the FA. This has got to be one of the biggest moments for the women’s game in England. Another milestone in the growth of the sport and another opportunity to inspire generations for years to come. 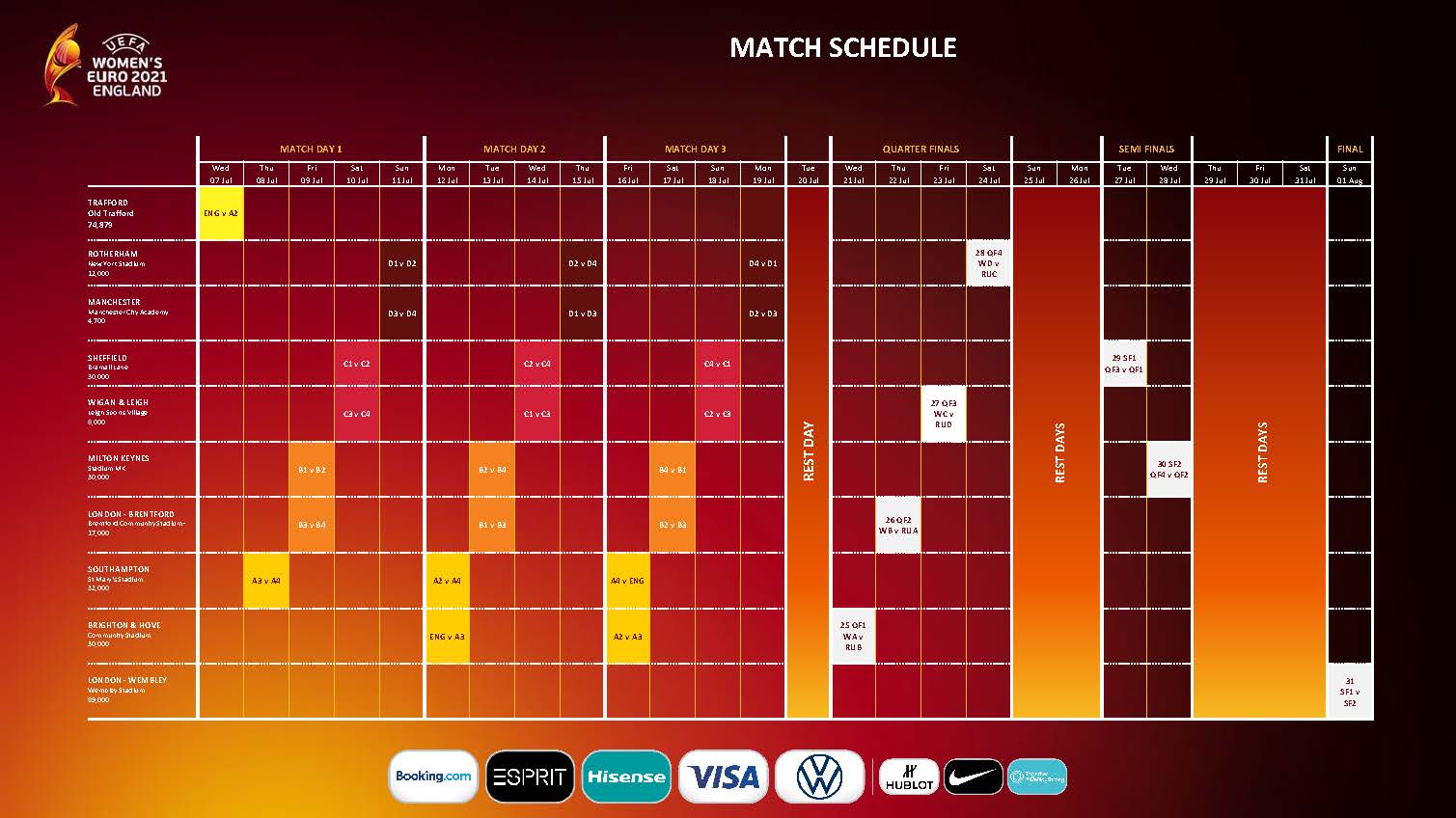