The Lionesses come into this game on the back of a tough camp that saw them draw with Belgium and lose to Norway.

It was not an ideal set-up by any means – these August FIFA windows never are. Coming a week before the domestic season began, it removed players from their pre-season schedules with their clubs. It was also evident that mentally, the players weren’t quite there. Add to that, they were without some of their key figures and you can perhaps understand why the 10 days were a struggle.

Phil Neville alluded to this in his post-match comments after the Norway game: “They’ve come off an unbelievable high in the summer and now they’re back down to earth. It does take time to get back up. These games, even though they’re really good games, it’s not playing in front of 50,000. The challenge for us now is to go again and climb that mountain. And when you take your experience out of there – Jill Scott, KB and Ellen White – all of a sudden, those players that have climbed that mountain aren’t here.”

Carly Telford has already seen the difference coming into this camp: “I’d say even just looking at everyone on Monday when we met up, everyone looks fresher and seems much livelier. It was a bit of a World Cup hangover. I don’t think we have a great track record after major tournaments…I think it’s always really bitty. But I think the difference is everyone is a few weeks into their seasons. Pre-season is over; everyone’s got that competitive edge back, ultimately there’s new faces in the team and I think that it’s just a mindset change.” 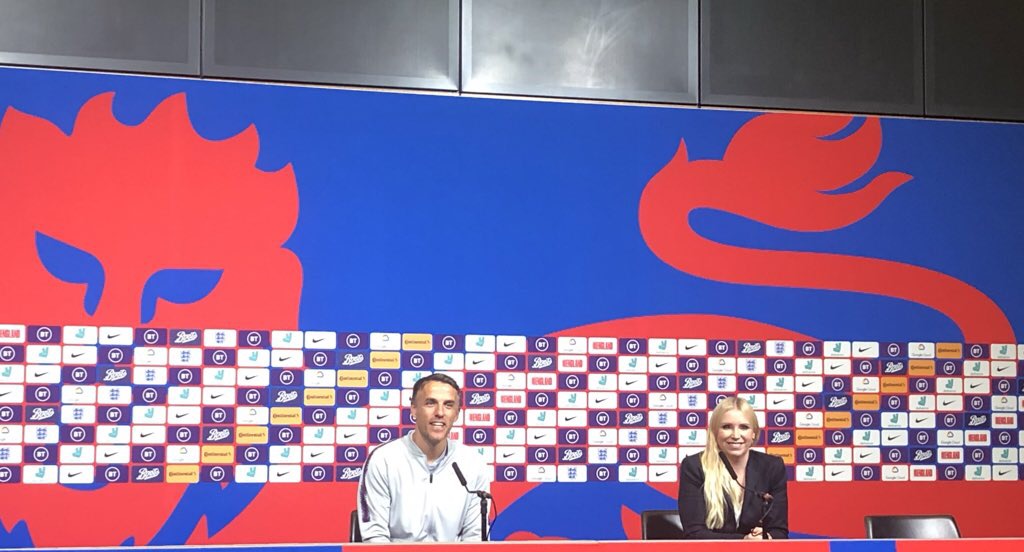 That being said, and we mentioned this in our last preview, there are some glaring defensive issues that need to be tackled. England’s ability to be caught out on the break and inability at defending crosses means that, even from positions of seeming control, a game can turn against them. It is hard to know where this has come from but perhaps it is a combination of things – Millie Bright has been out of form; Abbie McManus had very little game time in that position domestically last year; and Steph Houghton looks less comfortable when Lucy Bronze isn’t next to her at right back. The insistence of playing out from the back, the in vogue move to do in football these days, can put you in a whole world of trouble when not a technical ball-playing centre back. This is where the likes of Leah Williamson and Aoife Mannion could step in. Both are comfortable on the ball, cool under pressure and able to transition the play out from defence. There is no better time to give them their chance and see what they can do.

Like many, we’re so happy to see Jordan Nobbs back on the pitch and working her way to full fitness. She is one of those players that is so integral to this Lionesses side. It has been a long and tough journey for the Arsenal midfielder and care has to be taken over the next couple of games not to put too much on her.

There has been collaboration between clubs and Phil Neville over the injured players and an understanding of the need to ease them back into the setup: “In terms of Fran [Kirby] and Jordan, we are working with Emma [Hayes], Joe [Montemurro] and the medical staff with their loading and their minutes in games. It’s going to be very difficult for both of them to start or to play a full 90 minutes; they are not at that stage yet. I think these are great friendlies for them to come back into the squad and get some minutes.”

And Jordan in particular has never been too far away from the squad. As Phil Neville said: “Jordan came to the camp a couple of times during the World Cup. She was always involved in the process throughout and before the World Cup selection process, I picked her brains on a lot of things. She is part of our leadership committee, she came to camps and she was always there with us; we always made her feel part of it, and I think that’s why she will find the transition back into the squad quite simple.” 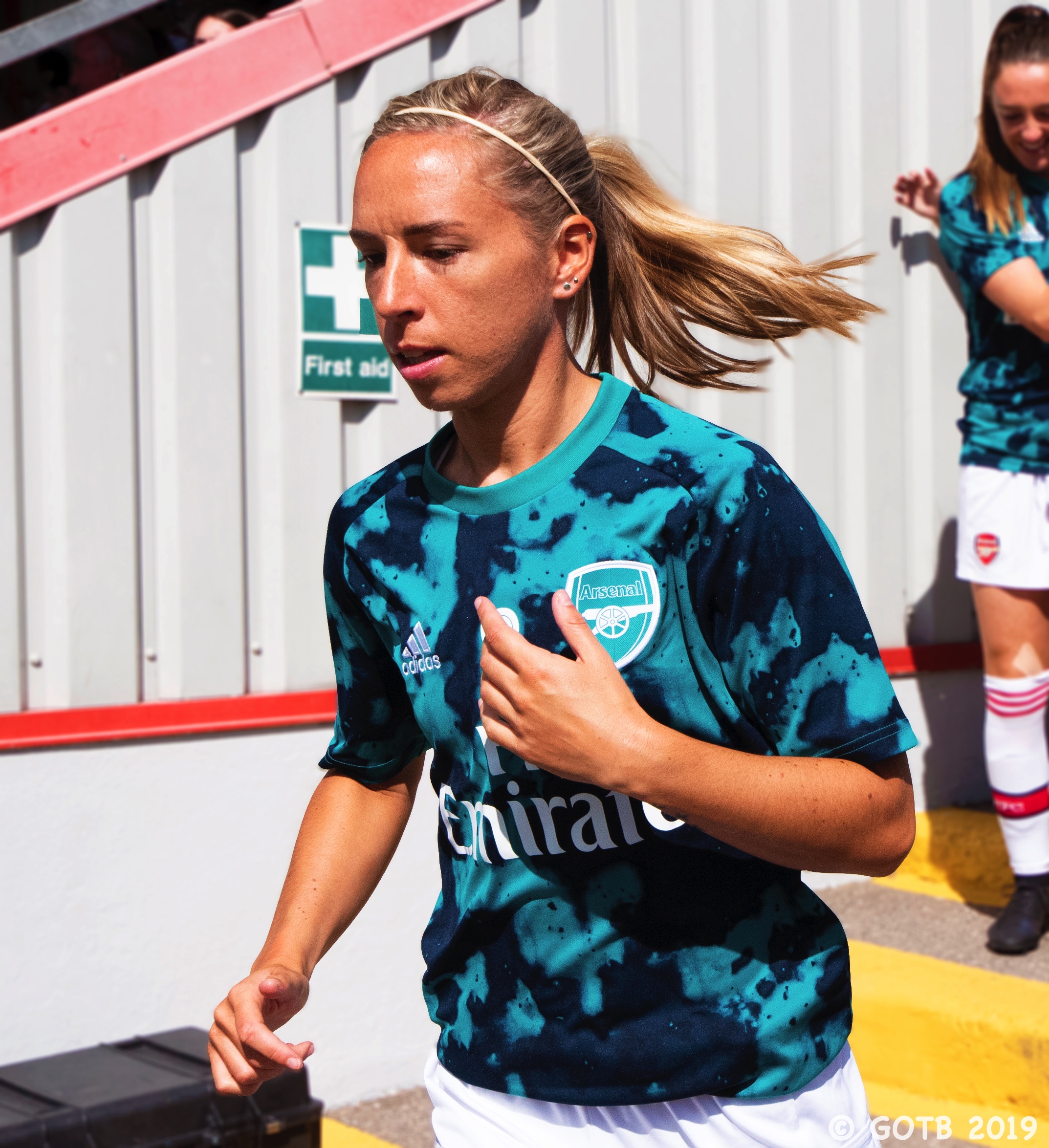 As the next cycle begins, Phil Neville has a small challenge of both preparing an Olympic team and getting England players through as we look ahead towards Euro 2021. With the Olympics in mind, he has pared down this squad as only 18 players can get on the plane to Tokyo next year. Add in to that the availability of players from three other nations and it could pose quite a headache for the England manager – “This squad was two things, we wanted to bring training players in to expose them ahead of 2021; and we wanted to reduce the numbers in terms of the Olympic model. So we went with smaller numbers to see how they interacted with each other and to get that competition for places where, when we come back in November, people are actually checking their phones for that email to come through, and people are in their WSL games thinking, ‘I have to be on it every minute of every game.”

The Brazilians have returned this autumn for another friendly in this wonderful English weather. This time last year, they were outplayed by the Lionesses and were lucking to claim a draw. This was mainly due to the Lionesses’ lack of clinical finishing. The two sides also faced each other in the SheBelieves Cup in March, when England came from behind to win 2-1.

Good on the ball, accurate passing and physicality are all elements that have put Brazil up there over the years. Inevitably, Marta will be the focus once again, while the 41-year-old Formiga still plays like she was 24. It is a fairly old squad, with the as yet uncapped Victória Albuquerque their youngest member at 21.

They offer a different kind of opposition to the European sides England normally face and as Carly Telford said could provide some perfect preparation as we look to the year ahead – “Ultimately that’s the target now; you’re on a new cycle, a new journey. And it’s about using these opportunities now, because there’s not going to be many. The teams are going to be a bit different to what we’re used to playing because we’re having to find friendlies but playing someone like Brazil is a great way to start off the new campaign.”

ENGLAND vs BRAZIL
RIVERSIDE STADIUM
12:45 BST
LIVE ON BBC One